Chinese car manufacturers are bombarding the SA vehicle market, with relative success too.  Meet the latest arrival, the Chery J2.

Launched in Johannesburg last week, the J2 hatchback is where Chery’s hopes of capturing a larger piece of the market pie lie. Stereotypes towards Chinese car brands continue to repel potential buyers. 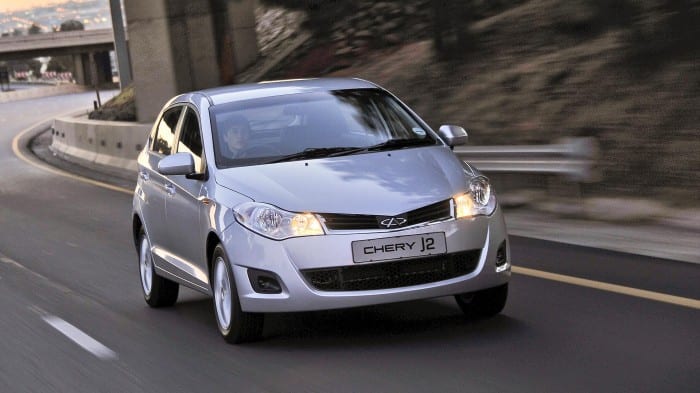 Speaking at the launch, Managing Director of Chery SA Brett Soso said, “The market has grown but our sales have decreased. The reason for this is simple. Our products haven’t really changed much since 2008.”

The Chery J2 is positioned in the B-segment, to take on the likes of Volkswagen Polo, Toyota Yaris, Hyundai I20 and Kia Rio. However its pricing places it in Polo Vivo, Toyota Etios and Ford Figo territory.  As part of the launch, Chery lined up all five competitors for comparison. The fit and finish of the J2 is not on par with rivals, but its close and promising to reach or better rival standards in the next generation. One specification is available, in 1.5-litre TX hatchback guise. 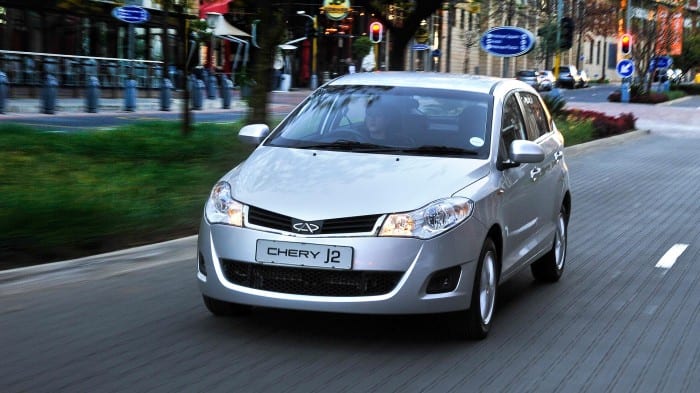 The model is priced at R129 900. Expect a maximum power output of 72kW at 6000rpm and a maximum torque of 140Nm, achieved at 4500rpm. The hatchback accelerates from zero to 100km/h before reaching a top speed of 171km/h, mild figures, but safe enough for the junior driver.

Claimed fuel consumption is a meagre 7.4 litres per 100km, classifying it as a viable starter pack. Driving it around Johannesburg, the hatchback showed it’s suitability to city and motorway driving. The clutch and gearbox are very easy to use. Apart from minor body roll in the mid corner, the ride is comfortable. 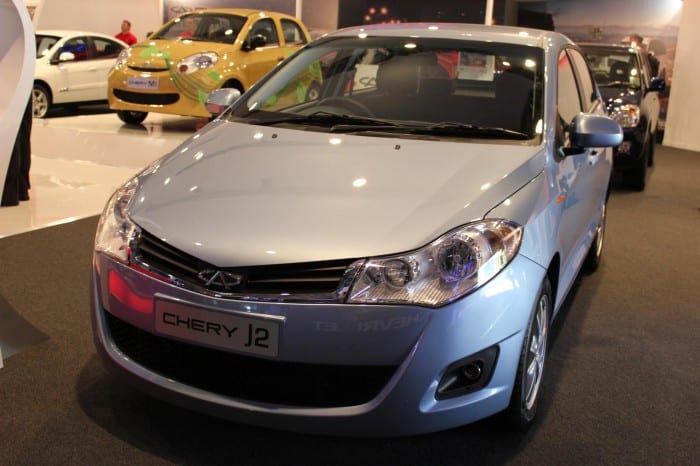 However, the J2 could do with some improvement in other areas. The interior is sombre in contrast to the finely chiselled exterior.  Centre console audio controls look like an afterthought while the unusually small dials maybe a problem for those who are short sighted. Exterior aesthetics redeem the setbacks and should be a strong selling point. It will certainly turn more heads than its Chinese counterparts like the J1, J3 and the QQ.

The J2 comes armed to the teeth with features.  Standard equipment includes,  a six speaker audio system, air-conditioner, electric mirrors, electric front and rear windows, remote boot release and follow me home rear and headlights which illuminate your path in darkness, at the click of  the unlock button. 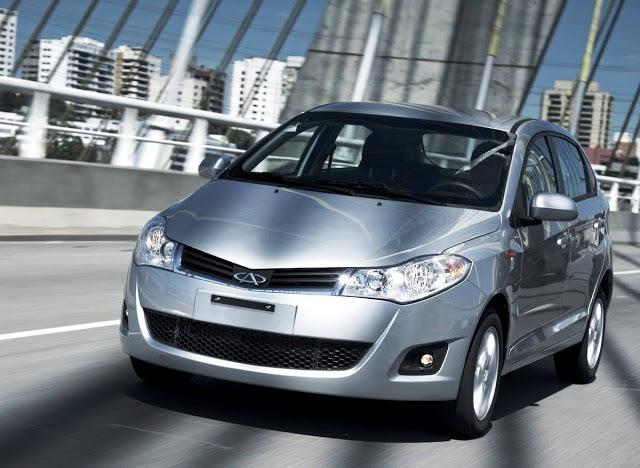 What the J2 is missing is a crash safety rating but it does come with a range of safety features. These include Anti-lock Braking System (ABS), Electronic Breakforce Distribution (EBD) and dual front airbags. By launching the J2, Chery says it’s showing it’s commitment to SA, as we are the first market to receive the right hand drive version.

For the buyers peace of mind the Chery J2 is accompanied by a two year or 30 000km service plan and a five year 120 000km warranty. Road assistance is also offered for two years or 150 000km. Whether the J2 will boost Chery’s market share, is still to be seen, but the R129 900 price tag is hard to ignore.

Tanyaradzwa Nyamajiyah is the motoring journalist for The New Age newspaper, he attended the launch of the new Chery J2 in Johannesburg