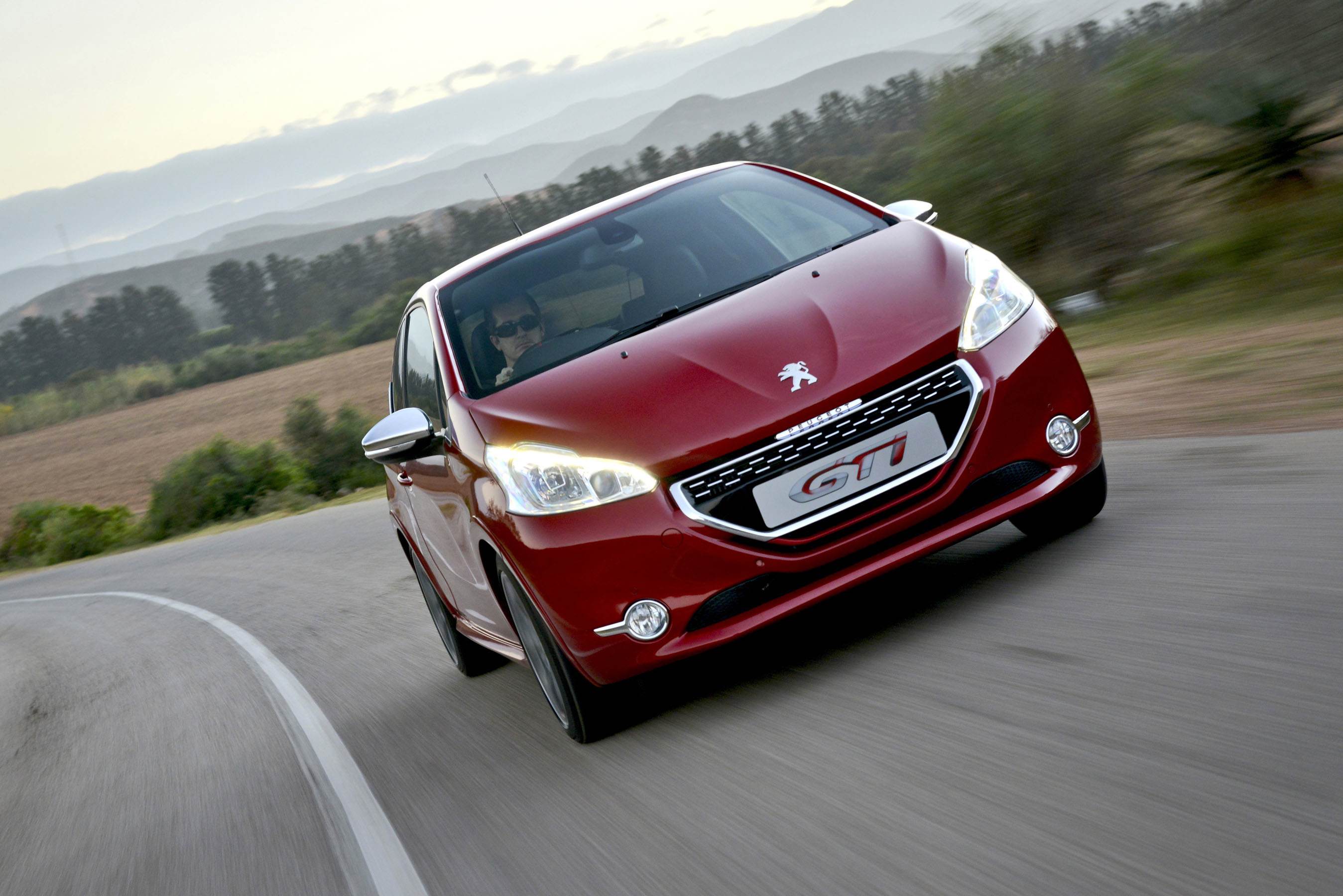 The pocket rocket segment is booming with fierce rivalry. The likes of the Ford Fiesta ST, Volkswagen Polo GTI, Renault Clio RS and Mini Cooper S have yet another enemy to worry about. 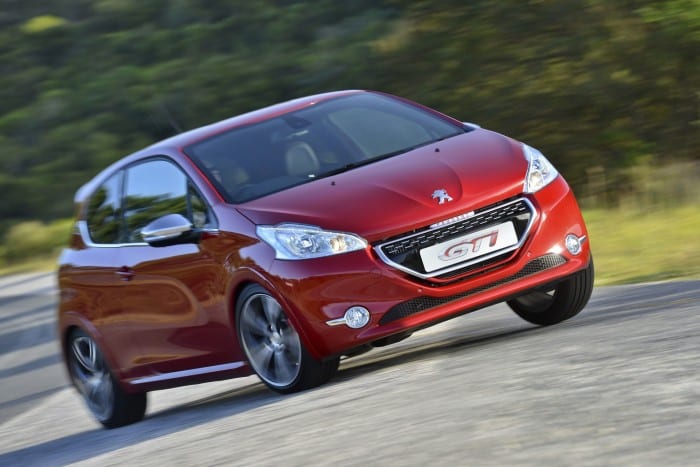 Peugeot is on the offensive again, after locally launching the 2013 208 GTI. The new car is leaner and meaner having lost 90 kilograms of excess weight and benefits from an additional 40kW and 35Nm more than the retired 207. As per tradition the 208 GTI is only available with two doors.

A successful heart transplant has been carried out. Giving life to the 208 GTI is a 1.6 litre, four cylinder THP 200 engine generating 147kw of power at 5 800rpm and 275Nm of rotational force at 1700rpm. It’s connected to a six speed manual box. These are big figures by segment standards. Direct rivals have around 135kW and 250Nm of torque. What Peugeot has done is bring an automatic rifle to a pistol fight, and that’s enough to send rivals scrambling for cover. 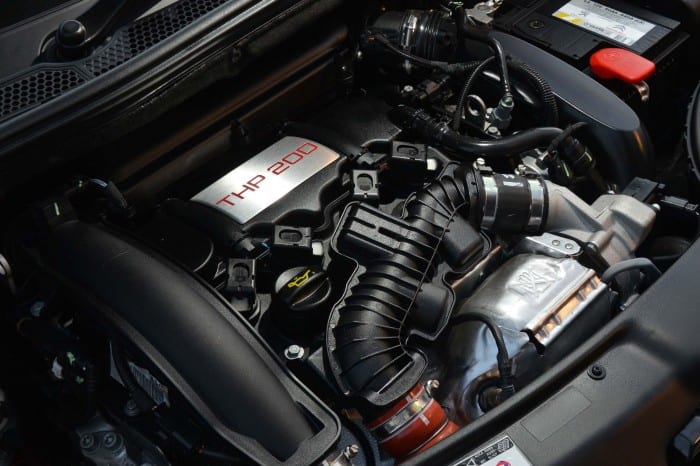 Peugeot claims a zero to 100km/h acceleration time of 6.8 seconds and a top speed of 230km/h. The cocky two door hatch achieves a power to weight ratio of 127kW/ton, which boosts straight line dynamics. The 1.6 litre force fed engine remains economical even under had hard acceleration and fast cog swapping. What we witnessed from the engine is a joint operation between performance and economy as the 208 GTI recorded 8.5 litres per 100km under hard driving.

Peugeots intentions with the revived GTI are clear. The car wants to reclaim glory, which was more predominant in the legendary 205 GTI, produced between 1984 and 1993.

“The arrival of the 208 GTi is the next chapter in the unfolding story of the Peugeot 208’s success, both globally and here in South Africa,” said Francis Harnie, managing director of Peugeot South Africa.

Harnie believes the arrival of the 208 flagship will not only broaden the nameplate’s reach, but will also serve to underline the specific appeal of the entire range. 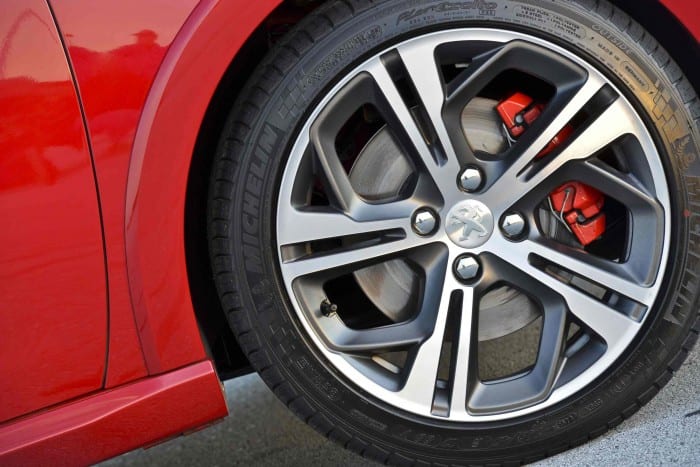 To test its sport car pedigree Peugeot granted us three laps around the famous Aldo Scribante race track in Port Elizabeth.  The 147kW is noticeable in the straight line and when shooting out of tight bends. However the steering feel could have been much sharper.

Off the track the 208 GTI is comfortable and composed. The suspension provides the best of both worlds, which is what most people prefer to live with. 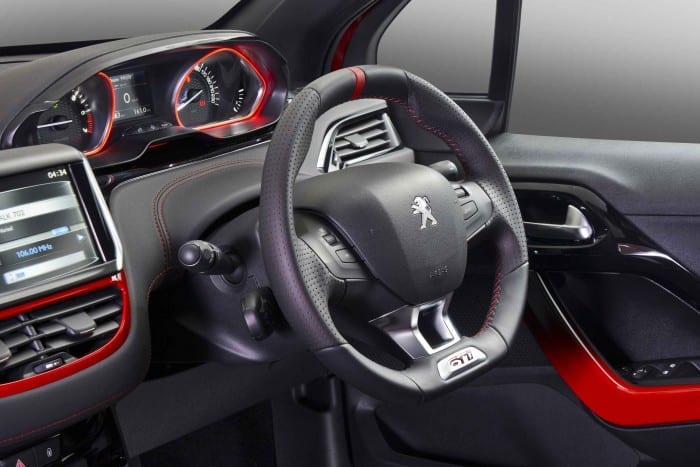 Predominant interior colours are black and red, with dark-finished door pillars and roof lining. The seat belts also feature a red strip on the black background.  Interior amenities include climate control, cruise control USB and Aux ports, automatic activation of rear and  headlights, and satellite navigation  are all included as standard.

At R259 900 the base price of the 208 GTI is more than that of rivals like the Ford Fiesta ST but, what you are paying more for is more kilowatts and a highly specced package.

-Tanyaradzwa Nyamajiyah is the motoring journalist for The New Age newspaper, he attended the launch of the new Peugeot 208 GTi in Port Elizabeth.