French carmakers like Renault have had to work hard in recent years. They had to prove that their products are germane and able to fight with the perennial favourites.

When we drove the all-new Renault Clio earlier this year, we deemed the compact French model as something that would turn the B-segment on its head. But impressing the media is only a quarter of the battle. To make any real impact, Renault needs to impress you – the car-buying public.

We offered our Surf4cars and Motormag readers the chance to get behind the wheel of a Renault Clio Dynamique. Participants were either on the market for a new car, or sought upgrades for their significant others. This is what they had to say. 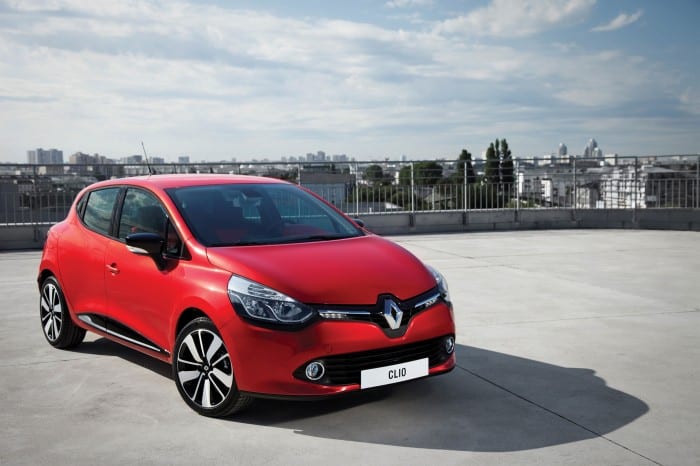 Verdict: When I heard that my favourite B-Segment car, the Kia Rio was going to be knocked off its pedestal I laughed. That was a big mistake. The new Renault Clio has arrived and it demands attention. It is a beauty. The exterior is bold, funky and stylish. Combined with the LED lights and 17-inch alloys; we possibly have the prettiest B-segment hatchback. Sorry Rio. The interior touch screen is the one feature that stood out. I was not a fan of the piano black inserts on the steering wheel and around the centre console. They leave finger prints behind. I did not like the cheap door plastics either. The 66kw three-cylinder engine is good for city driving, however I noticed a bit of turbo lag. With good specs, great pricing and eye-catching looks; this will sure be a winner.  But will this be enough to knock off the Rio as a firm favourite? Time will tell. 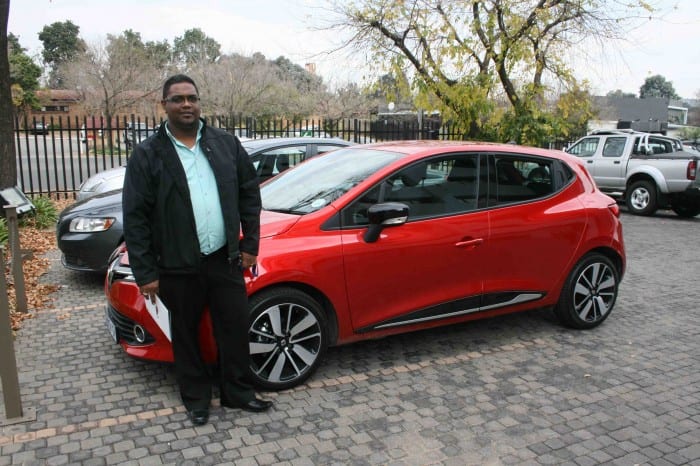 Verdict: At first glance, the bright shade of red caught my eye. She is a definite city-slicker. Packed with plenty of standard equipment, it is certainly a strong contender.  But besides all the techno stuff in this Clio, I must admit I did not fancy the interior too much. I thought it was a bit too plastic, which is just not my taste. On the other hand, I have to say this little three-cylinder turbocharged engine in the Clio is surprisingly punchy. Plus it has the bonus of a soft suspension, perfect for the city. There is really not much for you can ask for, from a car in this segment. The Clio is really worth a look. 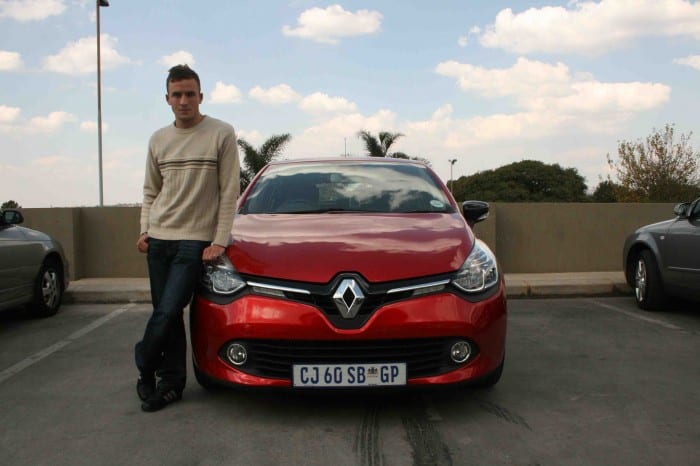 Verdict: For a first-ever experience in a Renault, the Clio had many surprises for me.  Firstly the new and modern look. It is a very pretty car. The interior complements the outside brilliantly. The shape and glossy pieces make for a futuristic look. As for driving, the Clio is nimble and appropriate for the city. Even though I drove with a heavy foot, it sipped fuel. I like the ride comfort and the assuring standard warranty. Also amazing is the kick of that little turbocharged engine. I for one am sold – there is little for this price that offers this much. 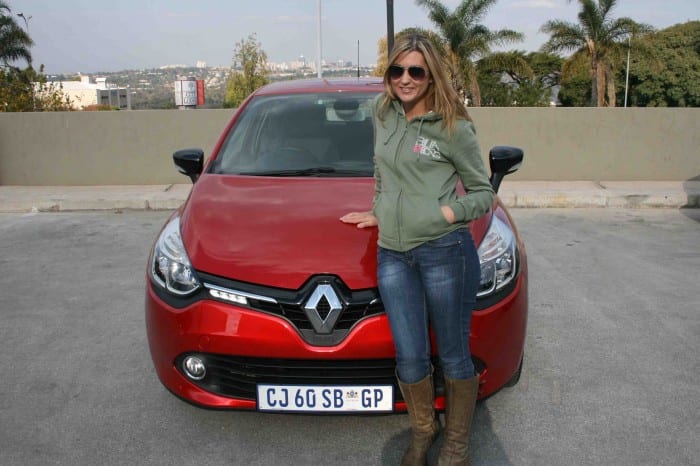 Verdict: I look for value when it comes to any purchase, in addition to style of course. I really enjoyed the many standard features in the new Clio. Since I have a “Green” conscience, what really stood out for me is the Eco driving mode. Driving around the crowded city in this was easy, fun and comfortable. The exterior is compact and smart too – it looks really good. In fact, I think I want to be inside the new Clio again very soon.

Mad about the Clio? Be sure to take a look at our listings of 2013 Renault Clio models for sale here.