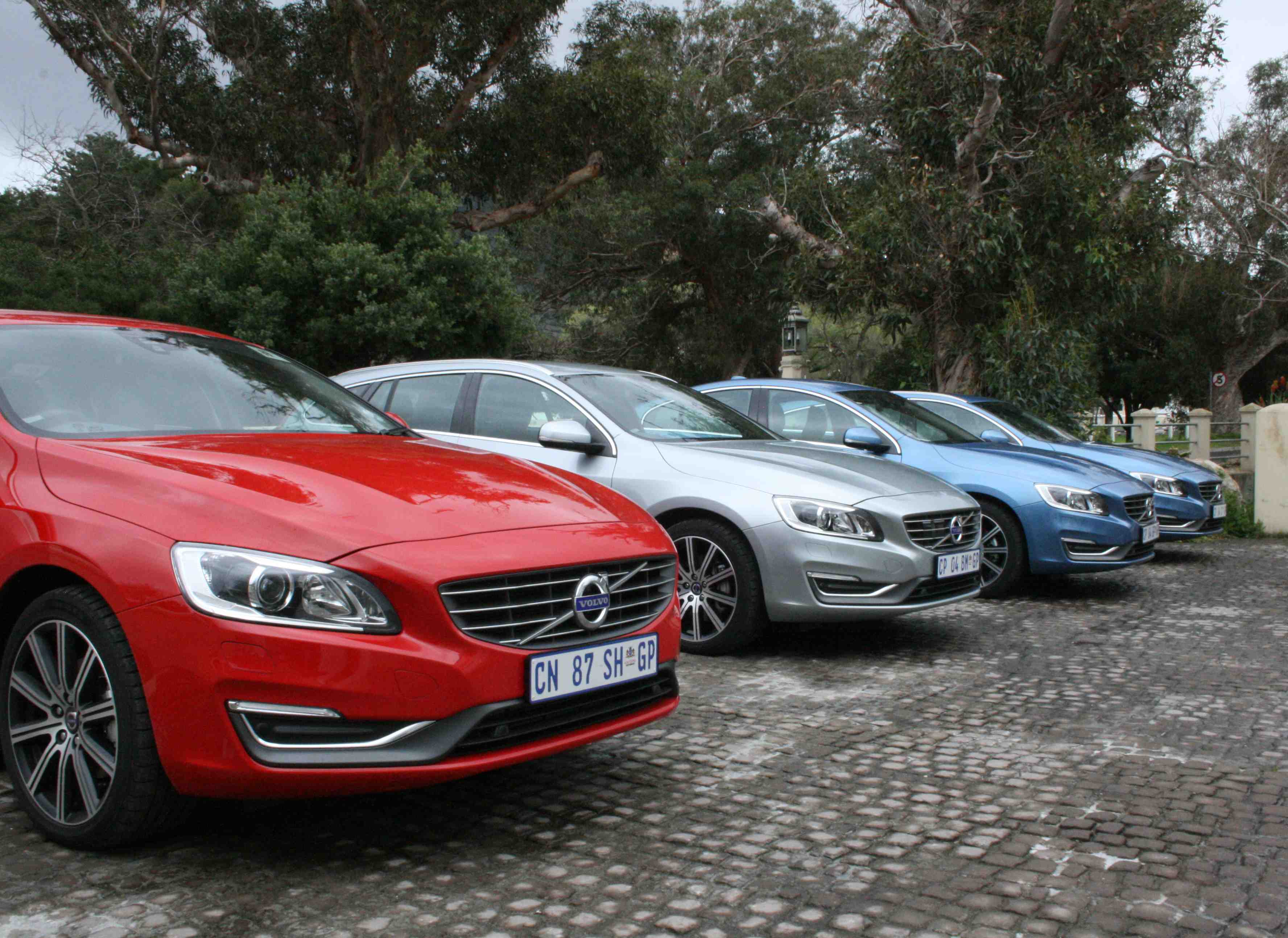 The Volvo brand is assuringly human. While rival premium automakers are quick to coin snappy payoff lines about dynamism and performance, the Swedish manufacturer simply seeks to make it known their cars are “designed around you”. Admittedly, driving a Volvo in the knowledge that it was designed with me, you and the family pet in mind induces warm, fuzzy feelings.

A cold and miserably wet Cape Town set the stage for the automaker’s 60-series launch. We assessed the newcomers with a pertinent question in mind: will it appeal to younger buyers, while retaining the hearts of older Volvo faithfuls? Under the skin, things remain the same. The changes for this 2013 model year are mostly aesthetic.

The rear features striking new lights, with tailpipes integrated into the bumpers, ditching the circular smokers of old. Volvo designers excitedly pointed out the mere 5mm gap between the new square units and the black trim section on the bumper. The cushy confines of any contemporary Volvo have the ability to make the driver feel cared for.

There wasn’t much broken with the outgoing model – so they didn’t have to fix it. But little tweaks freshen things up for the Digital Age.

Those archaic analogue instrument panel units were given the sack. Now readouts are in clear digital format, just like with the models’ V40 sister. There’s also a new gearstick and steering-mounted gearshift paddles are available too. A bold statement was made. By 2020, the automaker says nobody should be injured or suffer death in a new Volvo.

With technologies like autonomous driving on the horizon, the claim could be believed.

We tested a range-topping XC60 D5 Elite model, decked with a raft of safety features: blind-spot warning, cyclist detection and a road sign assistance nanny, which chimed in with consternation whenever yours truly broke the speed limit.

These systems are thrown-in on the top-tier versions. But features like City Safe – which brakes on your behalf at up to speeds of 50km/h if there’s an obstacle you miss – are standard. You choose to cruise

We sampled three derivates at launch. First was the S60 T4 Powershift Elite. Priced at R391 500, it makes a convincing argument in the face of similarly-priced rivals like the basic BMW 316i.

The S60 took the moist roads of Chapman’s Peak in its stride. Despite 132kW being sent to the front wheels, it displayed composure and relayed an air of calmness even under abrupt cornering. Perhaps not as poised, or sharp as the BMW. But more leisurely.

Afterwards we hopped into the XC60, unmistakably suited to the Sandton moms. Our XC60 D5 Geartronic AWD Elite (R555 200) test derivative felt as hefty as it looked. Although it’s planted in the bends and its ample power output (158kW and 440Nm) does a stellar job of giving that bulky body swift momentum. A sour point was the lazy transmission.

Finally, we cruised through Camps Bay in the V60 family wagon. The steady surge offered by its two-litre diesel mill – rated at 120kW and 400Nm – was addictive and maintained pace over elevations. As a premium product designed to take on the Germans, the Swedish 60-series trio is priced accordingly.

The aesthetic refreshments will certainly divide opinion and it’s unlikely to curry favour with more youthful buyers, particularly in the case of the S60. Alternatives like the 3-Series might just sway shoppers, with its more youthful persona. Even if it does have less standard kit and costs more.

But as with any Volvo, discerning buyers in want of a safe, sensible product with a premium air and serious feel-good factor will not be disappointed.