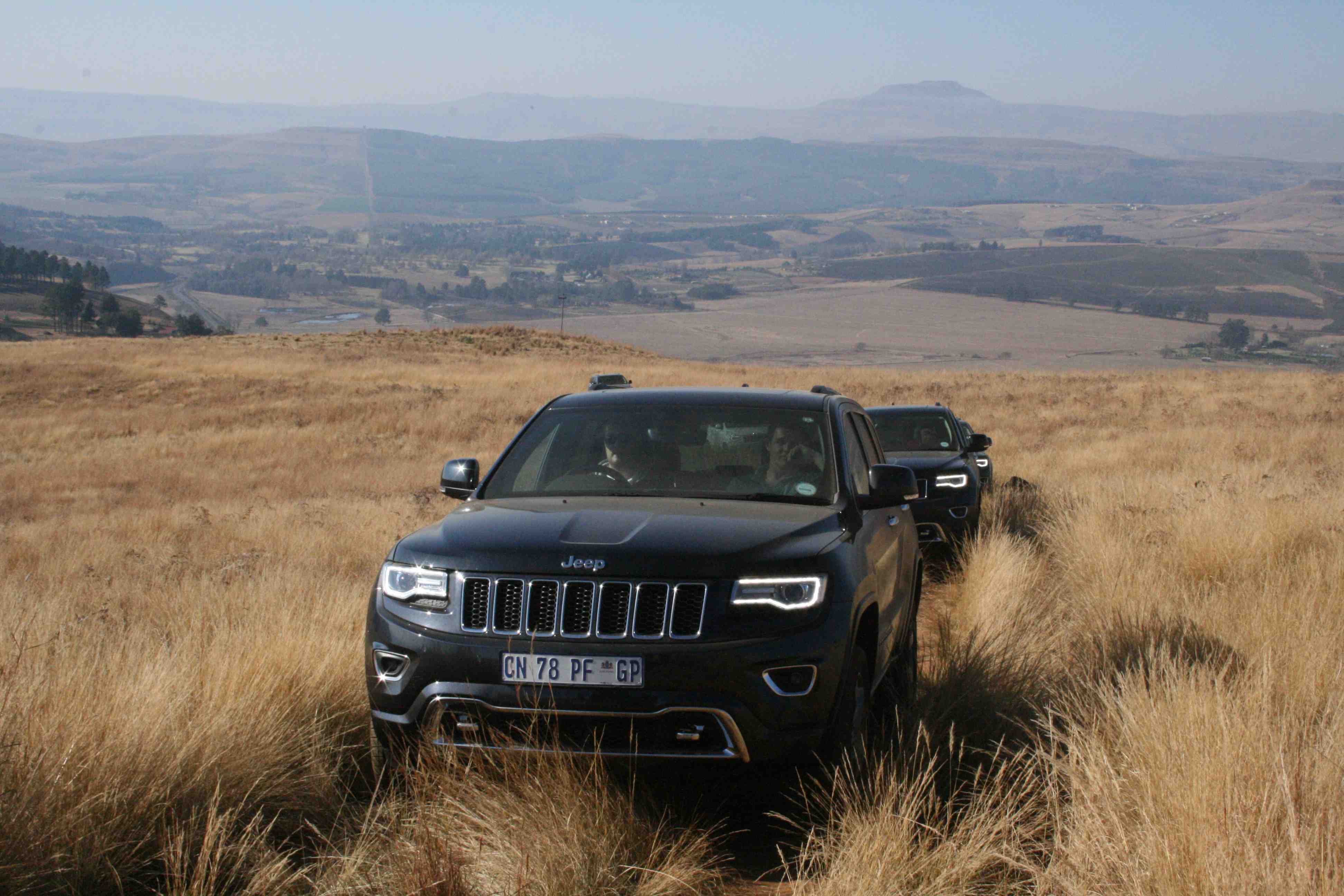 The American lumberjack is back with a new leather jacket and classier shades. Only a few months after release in its home market, Jeep brought the revised Grand Cherokee to the local mid-sized SUV scene. We headed to the crisp Drakensburg region to assess it. 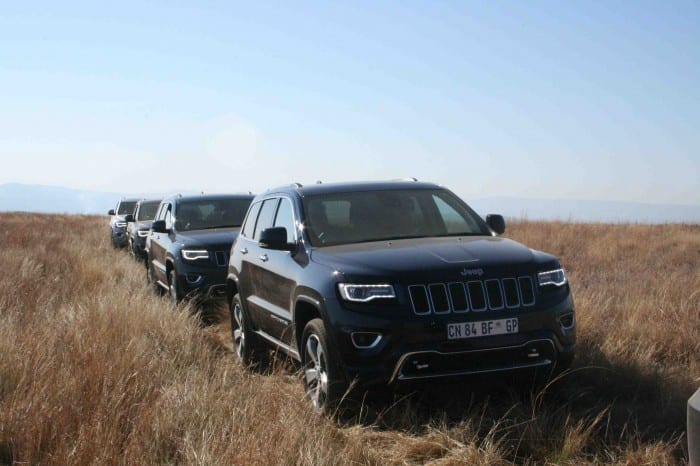 Back to the future

No time machines were involved in this launch impression. Jeep has labeled the newcomer as a 2014 model, to differentiate it from the outgoing offering. In the North American market giving a new version of a car the model designation for the following year is normal.

Noticeable changes were made to its face. Now it sports standard LED headlights with redesigned clusters. It’s strikingly similar to the 300C model from sister division, Chrysler. The rear boasts larger lights, outlined by chrome accoutrements.

A digital instrument cluster replaces the analogue unit of old. Apart from this, things are as they were on the outgoing model. A leather-clad dashboard and wood trim – which is authentic – make for a sophisticated ambience. Standard is the UConnect interface, with a colour touchscreen and Bluetooth connectivity. 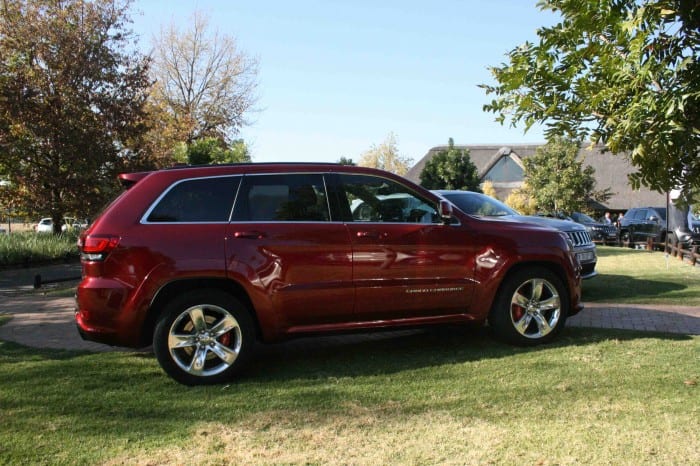 An 800-kilometre journey allowed a thorough acquaintance with the Jeep’s road manners.

It employs an independent front and rear suspension, which delivers “outstanding” dynamics according to Jeep. But it’s still an archetypal American SUV cruiser; happier on straight roads than twisty bits.

The driver is always aware of its heft. You’re not implored to chuck it into corners; it feels clumsy – imagine Fat Albert running a through a slalom course with a pail of water in either hand. It’s best to coax it into bends gently, to afford it some dignity.

We spent most of our time with the Pentastar V6. It was surprisingly adequate – this engine relays an air of asthma in models like the 300C. 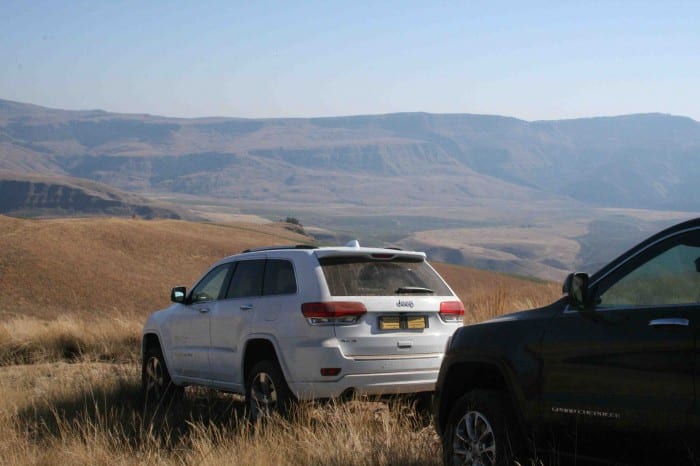 As you’d expect, it’s a veritable terrain-masher. Jeep likes to boast about how their products have been conquering paths less traveled since 1941.

To prove the point, we trundled up a rutted, rocky trail to get a better view of the Drakensburg’s peaks. The SRT models sat this one out.

Standard is the Quadra-Lift air suspension, which allows manual adjustment of ride height. You also get the Selec-Terrain system; with modes for sandy, muddy, snowy and rocky surfaces.

They work. And will make even novice off-roaders feel like accomplished explorers. But we did notice an unnerving clunking sound on our test unit, tackling successions of deep ridges and formidable rocks with a little more verve. 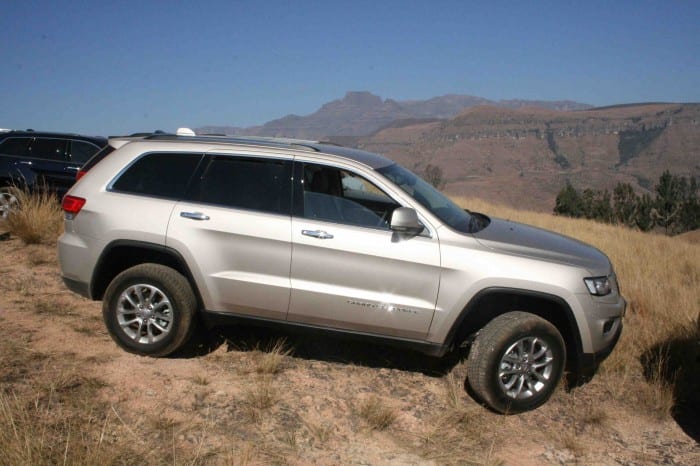 Even the entry-level Limited model is packed with standard gear. You get an electric tailgate, 18-inch satin chrome wheels, heated leather seats with electric adjustment, rain-sensitive wipers, a reverse camera and a 9-speaker audio system.

The Overland version throws in bigger alloy wheels, a little more exterior bling, more wood on the inside and navigation. It’s also available with an Advanced Safety package, which adds blind-spot monitoring and adaptive cruise control.

Overall, the mild upgrades give the Grand Cherokee a fresher persona. But it’s not like the previous model was in dire need of a tweak anyway.

If you can afford it, we’d recommend the monstrous SRT. Alternatively wait for the diesel – our pick of the bunch from the outgoing range.