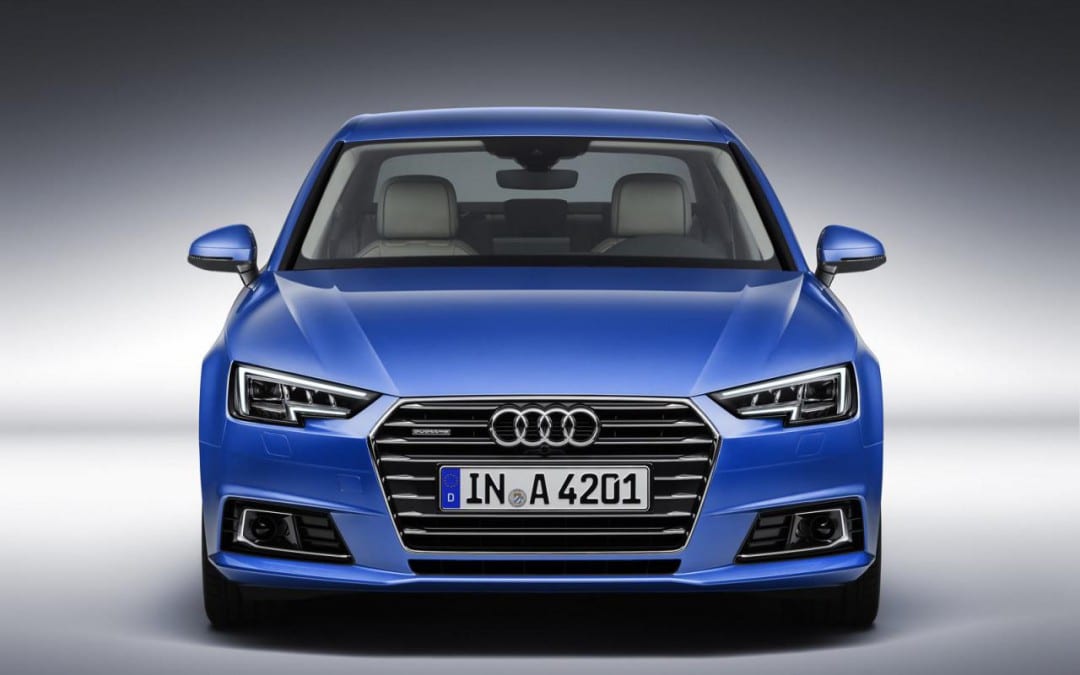 If BMW uses their traditionally engaging driving experience as a sales draw card and Mercedes-Benz uses comfort as their point of distinction, Audi most likely uses subtlety to set their cars apart from the competition. The latest generation of their A4 compact executive saloon (recently revealed) is a case in point: it would be very easy to mistake the new car for the old one, because the evolution from the one model into the next seems so slight that the untrained eye probably wouldn’t be able to tell them apart.

But don’t be deceived by its apparent similarity to its predecessor, for the new A4 is indeed all new – and if you look closely, the changes will become clear. Its face benefits from a wider interpretation of Audi’s corporate grille, this time with sharper corners and more assertive slats, while the headlights have sharper edges as well. This chiselled look continues down its flanks, where the character lines are more clearly defined, all the way into tail light clusters which are similarly more angular than before. 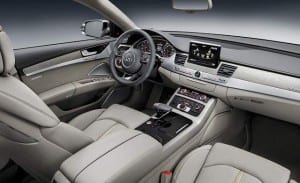 The changes aren’t merely cosmetic either. While the new A4 rides on an evolution of the old car’s platform, it’s all been substantially re-engineered and weighs less than before – up to 120 kg less, says Audi, due to more extensive use of aluminium and high-strength steel. It’s a little bigger too, with a longer wheelbase yielding more cabin space, and the overall length and width also grow slightly to benefit the luggage compartment.

As far as the engines go, the new A4 will use evolutions of the current generation’s power plants. Expect the initial range to include turbo charged petrol engines in the 92 – 202 kW power range, with 2.0 TDI diesels giving up to 140 kW. Big news is that the infuriating Multitronic CVT transmissions have now finally been laid to rest, giving Audi the opportunity to equip even entry-level front wheel drive versions with S-Tronic dual-clutch gearboxes. As always, quattro all wheel drive will be available, but with the added bonus of (optional) electronic control over the rear differential spreading from the high-line S4 to lesser variants. Technology receives a similar boost, with Audi’s Virtual Cockpit (launched to great acclaim in the new TT) becoming available in the A4 as well. Multi-media capabilities expand with in-car wi-fi and (finally) standard-fit USB ports. It also adopts a free-standing central display screen (as in the Mercedes C-Class and BMW 3-series), and Audi’s MMI user interface is upgraded along the same lines as the TT.

Lighting technology gets a similar boost, with full LED adaptive headlamps appearing on the options list, and the A8’s exceedingly cool progressive indicators is bound to feature as well. Higher-performance versions will be revealed in due course, including a new S4 (most likely using a tweaked version of the current supercharged 3.0-litre V6) and an RS4 (probably using a twin-turbo V6, though we hold out hope for some version of their magnificent 4.0-litre twin turbo V8). 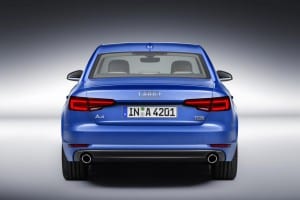 The new A4 will be officially unveiled at the 2015 Frankfurt motor show in September, with the first examples due to reach our shores in the first quarter of 2016. It’s bound to be a very good car – Audis usually are – but will its subtlety count against it in the sales race against the established class leaders, and especially in the face of fresh, gorgeous competition from Jaguar (XE) and Alfa Romeo (Giulia)? It will be interesting to find out!