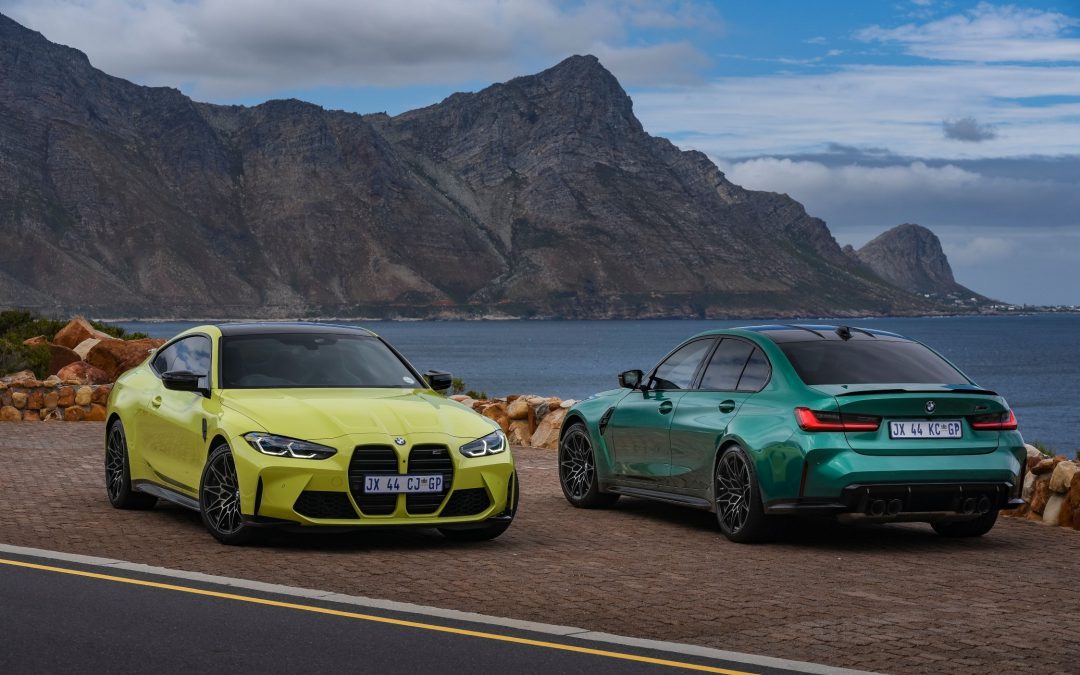 BMW’s new breed of M cars with their distinctly oversized kidney grilles have finally arrived in SA. The German firm decided to introduce both the M3 and M4 Competition in one go, making for an exciting week in the world of South African motoring. Here’s everything you need to know about these two M cars.

Firstly, let’s address the elephant in the room – the design. It’s a far cry from what would be deemed as conservative and makes a bold statement in both of these vehicles, especially from the front. Those kidney grilles, or as some would call them “beavers teeth” are difficult to ignore and have been a contentious topic even before they made their first appearance locally in the new 4 Series late last year. It’s one of those polarizing design cues and BMW is probably counting on the fact that we’ll eventually get used to them once we’ve seen them enough times. Well, that’s yet to be confirmed. In this new blueprint, the two vehicles have taken on a very angular appearance – smooth and tapered lines have no place on the 2021 BMW M3 and M4. In line with this design theme, both vehicles feature an aggressive-looking defuser at the rear, framing the blacked-out quad exhaust pipes.

You can expect to find a flamboyant looking interior in both these new Germans, and if the standard trim isn’t colourful enough for you, there’s a bucket full of optional extras that can be added to spruce things up even further. A carbon fibre trim can be selected in both vehicles, which sees the lightweight material being tastefully used throughout the interior. You can also opt for M Carbon bucket seats which are electronically adjustable.

Let’s talk about the business end of things since these are performance cars after all. So what BMW has dropped into the engine bay you ask? Well, there resides a six-cylinder engine, much like the previous generation of both vehicles. We doubt we’ll ever see a V8 in either of these cars in the future, if anything, they may eventually make use of four-cylinder engines since downscaling is the order of the day across all vehicle manufacturers. This in-line six-cylinder churns out 353 kW and 550 Nm in the standard ‘M’ cars, and the output is beefed up slightly in the Competition variants, bringing it to a total of 375 kW and 650 Nm. It can be sent to all four wheels through BMW’s M xDrive all-wheel-drive system, but this will only be available in these models starting from the 4th quarter of 2021. For now, the vehicles are traditional rear-wheel-driven, which isn’t a bad thing considering how much fun can be had with this setup. A Drift Analyser that scores you and rates your drifts will also be fitted to the M3 and M4 Competition. The two Germans will reel in the 100km/h mark in 3.9 sec through an 8-speed Steptronic gearbox.