2021 Lexus IS brings Japanese seduction to the sedan segment 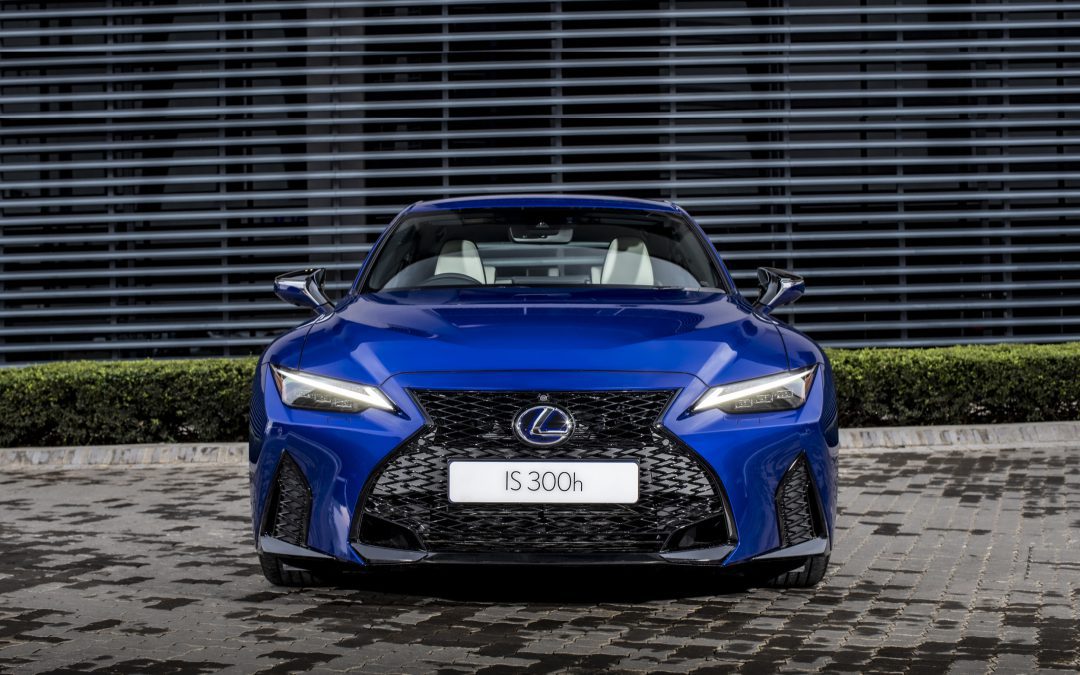 It’s been five years since the outgoing generation of the Lexus IS was launched here in South Africa, and the event is still vividly etched into my memory. It was a leisurely drive from OR Tambo International Airport (the starting point of our road trip) which ended in Dullstroom, Mpumalanga.

Once we had found Long Tom Pass, a winding road through the mountains where man and machine create intimate bonds, the Lexus’ exciting character was unveiled

Since my aptitude for assessing performance vehicles wasn’t fully developed as a young journalist, the introduction of the 2021 version of the vehicle was something to look forward to. A memory refresh was needed, to see whether the IS was as good as it presented itself to be all those years ago.

The old car wasn’t a bad looking rooster, sporting an edgy design in true Japanese fashion with a hint of sportiness in a family saloon. In the new vehicle, Lexus has done a lot – the word ‘new’ is used intentionally here because even though the 2021 Lexus IS is a mild refresh, or what some would call a facelift, the changes to its design are so extensive they make it appear like an all-new shape.  From the front, the Lexus is the recipient of a redesigned spindle grille, combined with the new set of sharp-edged projector headlamps, the face of the IS is a captivating sight. Freshley designed body panels have been applied all around the vehicle, where usually a facelift would only include mild bumper revisions and decals. Move over to the rear of the car and you will not be disappointed by your discovery. A completely redesigned back end with crisp edges and lines flowing through the panels, is brought together by an LED combination lamp in what is a striking design. Of course, in F Sport trim all of these styling elements are enhanced by pronounced air intakes, bumper splitters, and a rear spoiler and defuser.

It’s hard not to be impressed by the craftsmanship of this vehicle, which now sits on larger 18-inch wheels on the EX and SE grades, while the F-Sport receives a set of larger 19-inch alloys.

First impressions indicate that it’s still very much a Lexus in the way the interior is conservative in look and feel. This is in contrast to how the Germans tend to do it, where everything is glitzy and designed to dazzle the unsuspecting occupant – both of these styles have their audiences. Lexus has remained true to its ethos in the latest IS and have not reinvented the wheel. The media screen has been upgraded to a larger 10.3-inch version and will do the whole Apple CarPlay and Andriod Auto thing, while allowing you to connect to the car’s Wi-Fi hotspot. If you opt for either the SE or F Sport, you’ll be treated to a standard 17-speaker Mark Levinson audio system which has an additional two speakers from the previous IS.

Here’s where things get interesting – the new err… refreshed Lexus is now a petrol hybrid. With a 2.5-litre 4-cylinder engine, the brand is taking steps towards the use of sustainable energy sources and this is how they’re doing it. At 133 kW and 221 Nm, power is transferred to the wheels through a CVT gearbox, which won’t be everyone’s first preference when it comes to transmissions, but some won’t even feel the difference. Interestingly, the previous F Sport which was given a snarling V6 petrol engine is now only available with the 2.5-litre hybrid engine. The 6-cylinder will be missed, that’s for sure. On the road, the car strikes an effortless balance between comfort and dynamic handling, and sitting in that cockpit is a pleasant experience because of it. The more athletic F Sport has been fitted with Adaptive Variable Suspension (AVS) which is engaged by dialling into Sport S+ when toggling through the vehicles five driving modes.

Overall, the new Lexus IS with its hybrid engine has stuck to the original recipe but is also different in a lot of ways. It’s not likely that it will attract the young German car fanboys, but rather appeals to a more mature audience. Lexus has done a great job on the design front and we can only hope that South Africans can see beyond the badge, and appreciate quality Japanese engineering.