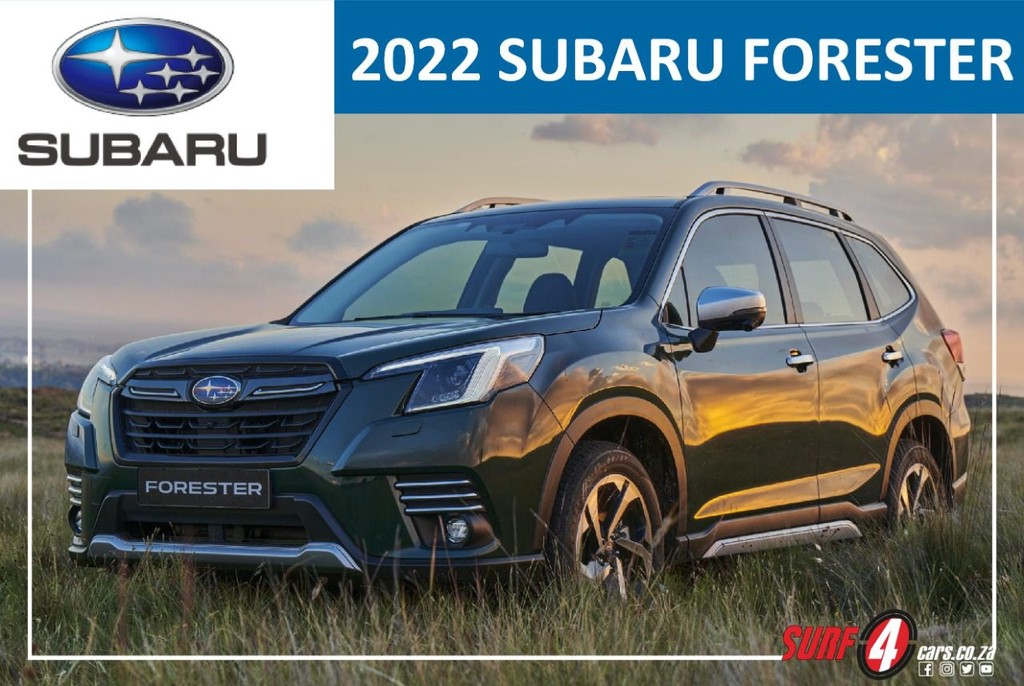 For a lot of car enthusiasts, the Subaru name is normally associated with the exciting WRX STI and Impreza models that were popular for their ability to set the streets alight in robot-to-robot brawls back in the day. Boy, those were the good old days.

These days, Subaru is in the business of producing refined vehicles to suit a wider audience. Don’t get me wrong, the WRX and Impreza are still existing models in the Subaru line-up, however, the two have matured and clean up well. It’s a different era.

Before we get lost down memory lane, the topic of today’s article is the Subaru Forester, a vehicle that doesn’t get as much airtime as it would perhaps deserve. The Subaru corner is a niche end of the market after all. As of 2022, the Forester was due for a mid-life update and the Japanese did more than just tweak bumpers and lamps.

Speaking of lamps, one of the most pronounced changes made to this Forester, according to Subaru, is the headlamp design. These are now reduced and flank the blacked-out hexagonal grille. With the redesigned headlamps, Subaru has included multiple LED bulbs to improve visibility at night. The Fog lights beneath also make use of LED bulbs. Running gear includes a redesigned standard set of 17-inch wheels, while high spec models come with a larger 18-inch set. With a wide array of colours to choose from (seven existing colours) the Subaru Forester is now also offered in Jasper Green Metallic, bringing the colour palette to eight.

Nothing has been tempered with beneath the bonnet. Subaru still makes use of its existing powertrains in this updated Forester, namely a 2.0 and 2.5-litre petrol. Both engines are coupled to a CVT gearbox throughout the range. You can expect an output of 115 kW and 196 Nm from the 2.0 engine, while the 2.5 manages to wring out a little more at 136 kW and 239 Nm. The two boxer engines send their power to all four wheels through Subaru’s Symmetrical All-Wheel Drive system for maximum traction and stability.

For safety on the road, features such as Active Lane Centering are there to make sure that the vehicle stays centred in its lane. This is aided by Lane Departure Prevention as well as Autonomous Emergency Steering. With the latter, your Subaru Forester is capable of steering itself to avoid an accident should it pick up an imminent crash with a pedestrian, vehicle, or cyclist.

How much is the 2022 Subaru Forester?

Entry into this range is not as steep as you would expect. Pricing starts at R486 000 for the Subaru Forester 2.0i CVT.