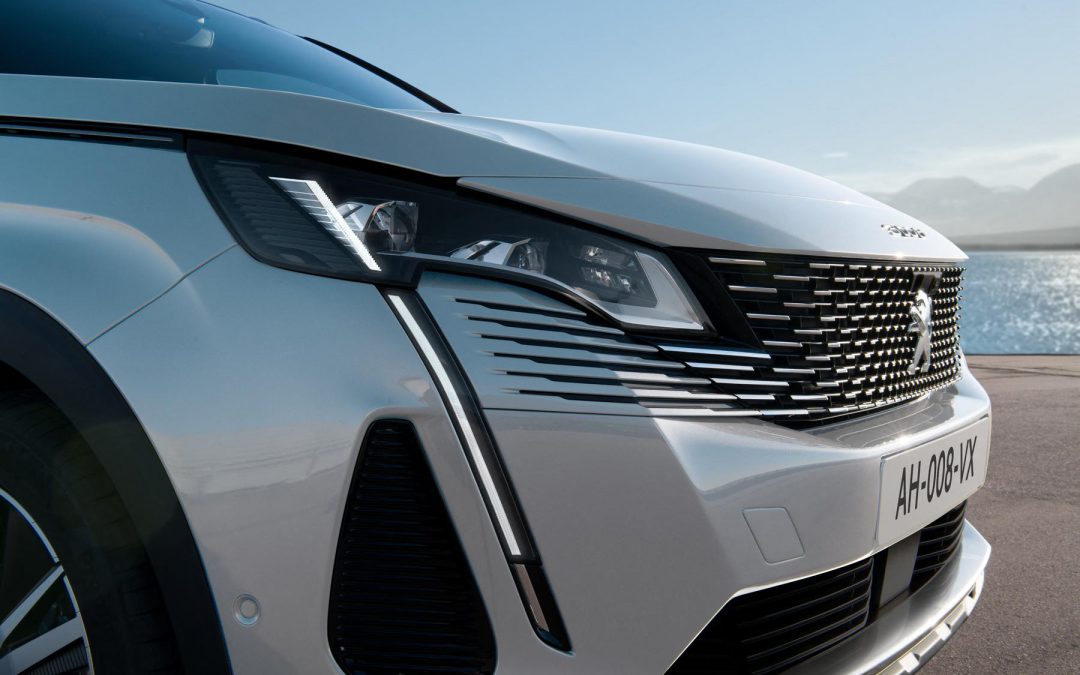 Peugeot’s 3008 is the brand’s second-largest SUV after the 5008, although it’s bigger than the baby 2008. Coming from the same family, these cars all have similar design elements and the main difference is their size and one or two minor tweaks here and there. With it being a family car we decided to do something different with the range-topping 3008 GT, and tell you about the things that make an interesting. Here are five cool things that we found in the Peugeot 3008 GT.

The frameless grille is a new feature in Peugeot’s cars, and with the 3008 being the only car that has it, it makes the grille unique. You probably won’t find it on any other manufacturers car either. Where other vehicles’ grilles have a defined outline to show where they begin and end, the 3008’s grille flows horizontally into the bumper and runs beneath the car’s headlamps. It’s a cool design feature and stands out with lighter body colours.

Aside from venomous supercars, most cars nowadays have their shift paddles mounted directly to the steering wheel. This is all good and well until you have to use them while the steering wheel is not straight or upright. In these instances, your brain glitches while trying to figure out which paddle is the positive (upshift) and which is negative (downshift). Peugeot has taken care of this annoying problem and fixed the 3008’s paddles onto the steering column. Yes, the Peugeot 3008 GT isn’t a sports car by any stretch of the imagination, but there are times you do change the gears yourself even in family SUV’s like the 3008, and knowing where to find your controls the first time around is the difference between a good experience and being frustrated.

This is part of the cars safety features and for a change, its purpose is to protect others and not so much you. What automatic emergency braking does in the Peugeot 3008 is it detects pedestrians as well as our very courteous road-going cyclists. Once the Peugeot has them in its crosshairs, it will avoid a nasty collision by braking for you if it senses that you might mow them down. The downside to this in our crime-infested country is that pinning the accelerator pedal down in the face of an armed assailant standing in front of the car may not help you.

Focal is a relatively new brand in OEM cars but it does what it’s meant to do, which is producing good quality audio. Those of you who like bass will not be disappointed here, Focal’s sound system comes with a subwoofer in the boot, fitted snugly where the spare wheel lives. It delivers good base when you have your favourite tune cranked all the way up. You can also adjust the subwoofer’s output levels through cars audio settings.

The hands-free tailgate is a feature found in many modern SUV’s but is rarely put to use. It could be that people don’t realise that it’s there or simply don’t know how to use it. We put it to use in the Peugeot 3008 GT and not only discovered that it does work, but it’s also a useful little feature. It works by sweeping your foot from side to side under the rear bumper. After a second or two the boot automatically pops open, and you follow the same steps to close it. The hands-free feature gives you access to the boot when your hands are occupied by heavy Checkers bags. It’s perfect whether you’re loading or removing goods from the boot, and just in case you’re wondering, it is a burglar-proof system. It only works when you have the key fob on you.