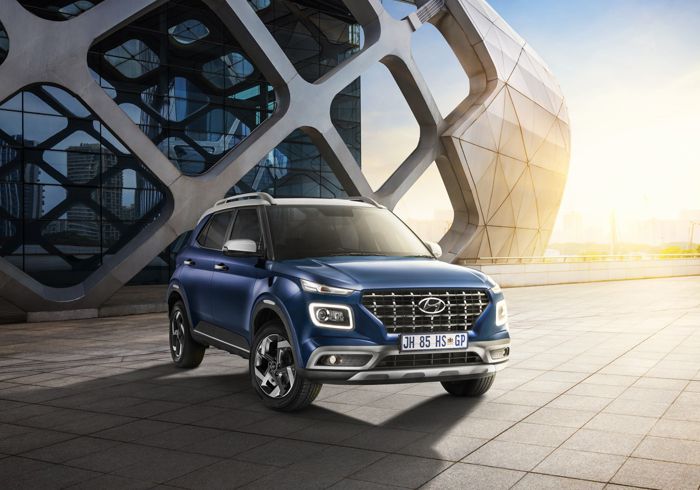 When the Hyundai venue first broke cover locally in 2019 it was introduced at around the same time that VW brought us their T Cross, and both were followed by the Kia Seltos. All three models were brand new entrants to the segment and each brought a different flavour to the pot, with the Hyundai and VW offering more tantalizing seasonings.

At launch, the Venue was introduced with three different spec grades, and now the Koreans have returned to finish what they started – adding a Limited Edition variant to the range.

So what makes it so special?

Well, for starters and as the name suggests only 500 of these will be produced. The limited spec will also be treated to a unique two-tone colour scheme comprising of a white roof on a blue body. The small SUV stands on standard 16-inch alloy, and everything else remains the same. The Limited Edition Venue still manages to look as attractive as the day we first laid eyes on it.

Of course, with exterior updates it’s only natural to expect other minor adjustments, including that of the interior. The unique trim receives a beige and denim themed interior to set it apart from its common variants. On the tech side, it’s kitted with an 8-inch touch infotainment system, which includes standard Apple CarPlay and Android Auto. Other functions include a searching function using voice commands and a reverse camera fed through the infotainment screen. Also standard in this variant is an air-conditioned glovebox to keep your precious cargo and cold summer beverages cooled.

The Venue is powered by a 1.0-litre three-cylinder turbo engine, and according to the brand, offers impressive fuel economy. Consumption stats, however,  indicate an average figure of 6.5 litres per 100km for the manual and 6.9 litres per 100km in their dual-clutch transmission. This is in line with what one would expect from a vehicle of this size. When examining the fruits of the 1.0 T-GDi, it produces 88 kW and a modest 172 Nm. As we briefly mentioned, two transmission options are available; a six-speed manual as well as a seven-speed dual-clutch auto transmission.

Other features include six airbags and the usual raft of safety features such as an anti-lock braking system, Electronic Stability Control and EBD. Hill Start Assist is also part of the package.

The Limited Edition Hyundai Venue is now available on showroom floors with a starting price of R328 900 for the 6-speed manual and R360 500 for the DCT Auto.