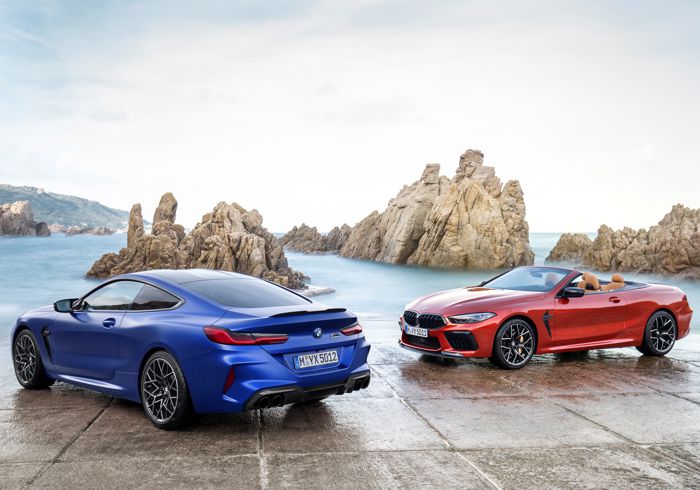 The BMW 8 series coupe made its local debut in 2019, and its design was one of the biggest highlights. Perfect proportions from front to rear and smooth flowing lines made the 4.8-metre-long car an attractive sight. On launch, only one derivative was available – the M850i powered by a 4.4-litre turbo V8 engine. As far as derivatives go, there couldn’t have been a better way of introducing the 8 into the country. Fast forward to 2020 and BMW has taken things a step further by bringing us not only the Gran Coupe with four doors but the heavyweight M8 Competition too. Everything has been revised and improved in the Competition, from larger air intakes at the front to flared arches to give it a more commanding stance. A set of M gills have also been included on the sides, drawing a clear line between it and the rest of the 8 Series range.

The M8 Competition is a special breed of beamer in more ways than one. Particularly because it houses the most powerful engine to ever be developed for an M car. This eight-cylinder unit utilizes the firm’s TwinPower Turbo Technology to produce 460 kW and 750 Nm from as early as 1800 rpm. Power is managed by an 8-speed M Steptronic gearbox and channelled to all for corners of the Coupe for maximum traction through the M xDrive all-wheel-drive system. The Competition variant of this BMW is potent and was designed with the racetrack in mind. Its braking system has been tinkered with and is now more advanced than ever before. As a driver, you can decide the feel of your brake pedal from two different settings; one for normal driving on your way to the track, and a Sport setting which you switch into once you’ve lined up at Kayalami.

This high-revving V8 is vicious when provoked and will take the M8 Competition Coupe from standstill to 100km/h in 3.2 seconds, and 3.4 seconds in the Convertible. It’s rapidwhether with the roof on or off. It’s also been fitted with unique engine mounts to bolster the engine and vehicle in one firmconnection. This may seem like a minor tweak but it makes a difference in the M8’s driving dynamics, especially when changing direction with high lateral G-forces in the mix. In such instances, engine oil tends to have a delayed response to the sudden changes taking place within the engine, and for this reason, BMW has devised a cleverplan to keep every part of that 4.4-litre lubricated. There’s an additional chamber on the oil sump which acts as a reserve when more oil is required in different parts of the engine. A suction pump draws from the sump to supply other parts in need of the essential lubricant.

Much-like similar M models like the M5, the M8 Competition’s gear selector allows you to choose how snappy or gentle you want the gearbox to engage the next gear. There are three modes to choose from on the Drivelogic button; for calm, sharp and lightning shifts. As much as it makes use of an all-wheel-drive system, what’s an M car that doesn’t go sideways? When the Dynamic Stability Control (DSC) is deactivated, the M8 Comp goes into full-on rear-wheel-drive mode, allowing those 285/35 R20 rear wheels to lose traction with the ground beneath, and send the rear sideways in an instant. If your skill level isn’t on par with this level of theatrics, maybe it’s best you leave the DSC active, and rather use the M Dynamic mode which sends a large portion of the engine’s power to the rear wheels, but not all of it.

If you’re looking for something comfortable with the ability to travel from Cape Town to Johannesburg without breaking a sweat, and with enough performance to keep things lively, the M850i would be your best option. If, however, track days are part of your weekend routine and you require something ready for both civilian life and track wars, then maybe the Competition variant is what you need. Either way, the 8 Series is an impressive vehicle.