All for One and Citroen C1 for All | New Car Review 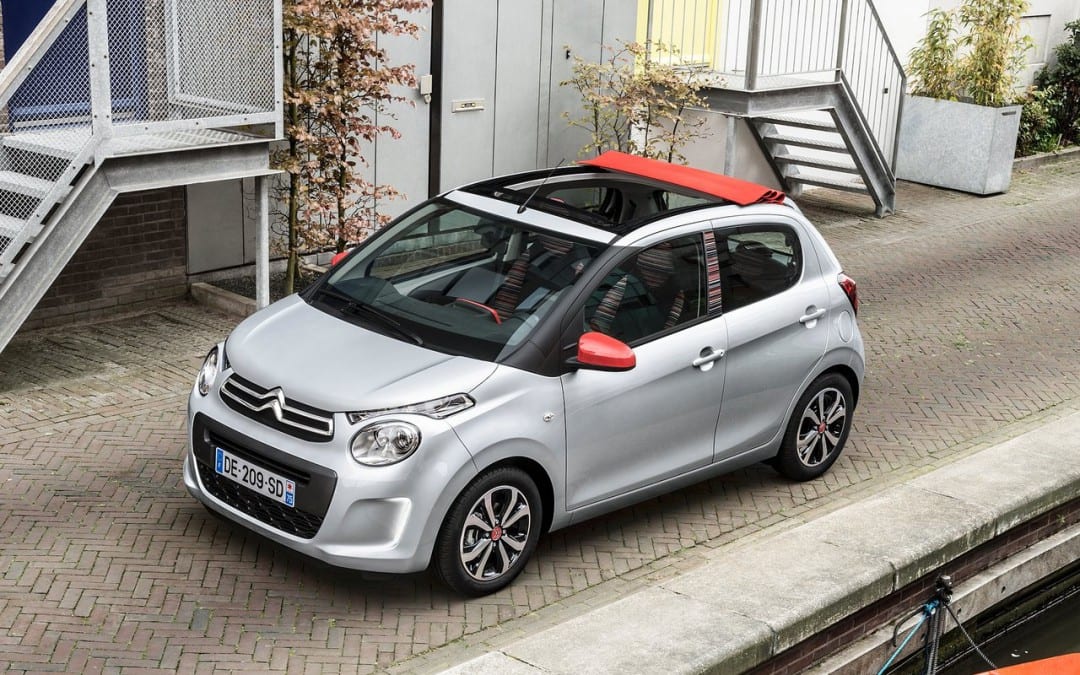 Probably the funkiest car I have driven in a while, the new Citroen C1 Airscape 5-door sub-compact hatch-back features cruise-control, a reverse camera, fabric fold-back panoramic sunroof and a French fashionista interior cockpit. 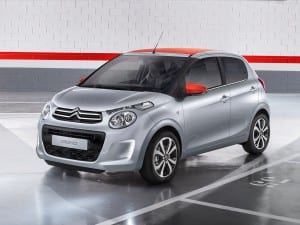 Strapping sporty lines tell you this flyweight is itching for a scrap. Its sleek upbeat exterior is magnifique and the red fabric sunroof is a pizzazz of French styling. Trendy fascia and dashboard layout with a chic infotainment touch screen and colour coded inserts are a vibe for both the classical and postmodern culture. Which at least buffer the outdated manual adjusting side view mirrors. 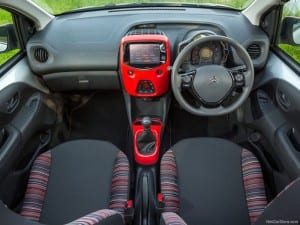 There are some surprises about the new Citroen C1, like its interior space and its speed. Spacious enough to comfortably commute two T-Rex teenage passengers with remarks of how feisty the C1 is and whether or not it is turbo charged. The 1.2L engine pushes out 60Kw of power and 116nm of torque. Honestly! The power to weight ratio gives the impression that the Citroen C1 is much quicker than what it is, a hallmark that dynamite comes in small packages. The C1 is adept for the most contentious of urban driving, it shows no mercy to the tightest corner and vehicle dynamics (Hill Start Asssist, ABS/EBD, EBA and ESC) are on tap just in case you run out of talent. As small as the C1 is, you will not be road fodder for more eminent vehicles and like Napoleon Bonaparte the Citroen C1 is an off the line vanquisher. In higher revs the 3-cylinder becomes a little theatrical, but the 5 speed transmission in third gear allows for the Citroen C1 to climb to a speed of 130km/h, just before the governor swats off the power at 6000rpm. Fuel economy is what the French auto-manufacturer says it is, 5.2L/100Km – a money saving point in the midst of manic fuel prices. 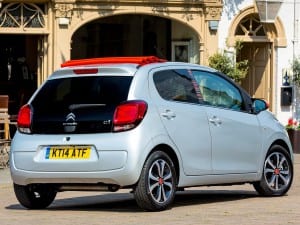 The Citroen C1 carries a price tag of R194 900, which is like some overpriced footballers, who we still appreciate for their prowess and anything but savoir faire behavior on the field. But the C1 is a Wiley free spirited hatch-back and is a capture the moment kind of car. Time flies when you’re having fun in the new Citroen C1 and eventually so will the price.