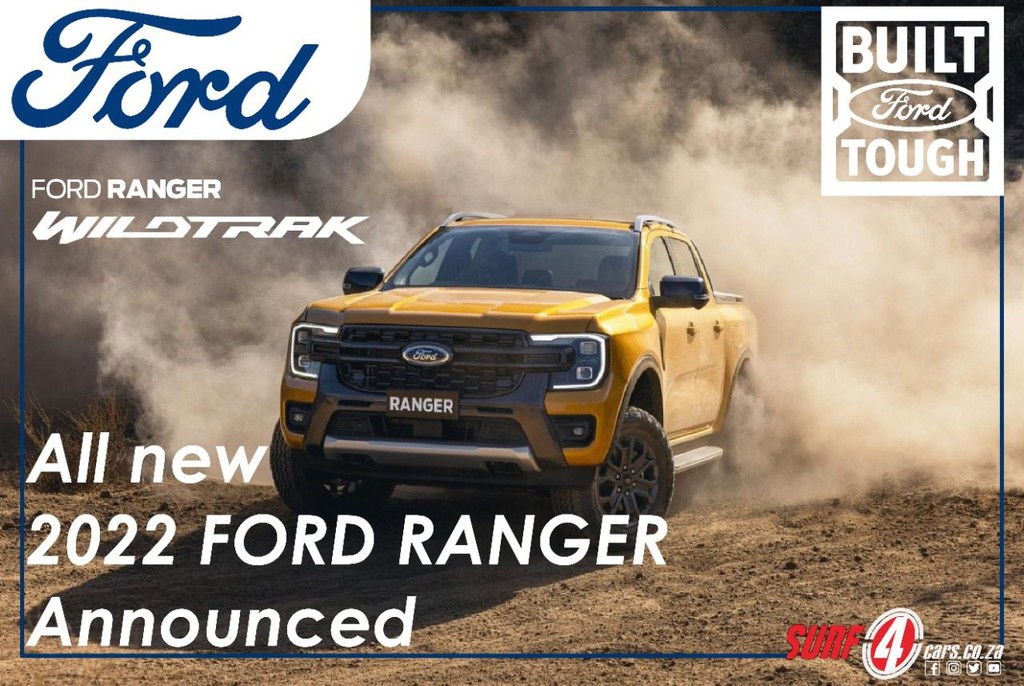 It’s been over a decade since Ford gave us the Ford Ranger in its current form. Of course, the model has evolved over the years, but the changes and tweaks have always been minor and it retained its original blueprint throughout. Finally, the top brass at Ford have shifted gears and given the go-ahead for a completely new Ranger design, and it’s bound for South Africa.

The Ford Ranger is arguably one of South Africa’s most loved bakkies, people buy them for both commercial use and leisure. With a good variety of derivatives to choose from, there’s a Ranger for every purpose. Ford has announced a new and improved version of their Ranger bakkie, and this is what you have to look forward to.

This time things will be different. A lot has changed in the upcoming Ford Ranger, the American brand adopted a new design language for its vehicle. The new look is polarizing, no doubt, and Ford says it conducted more than 5000 customer interviews before settling on this new design. From the front things are very different, the new Ranger adopts a flatter looking squared off front-end, featuring a freshly designed set of headlamps. These “C-clamp” lamps will now carry the latest technology in the form of matrix LED lights. A re-worked, larger grille is also part of the equation and adds to the Ranger’s makeover. Rear light clusters have also been worked on, bringing them in line with the front.

As to be expected, the 2022 Ford Ranger will receive some notable interior updates. A major upgrade will be made to the infotainment system which will feature a large iPad style SYNC screen with Ford’s latest SYNC4 system. You’ll be able to have the screen in 10.1-inch or 12-inch, with “voice-activated communications” according to Ford. A 360-degree camera will be added into the mix to make parking and navigating tight spaces a little easier in the new pickup truck. The upcoming Ranger is set to be wider and longer by 50mm, which will likely affect the interior room as well as make a difference to the load-bin.

Finally, Ford has made a V6 available to its Ranger lineup. However, this won’t be the only engine configuration on offer. The next-generation Ford Ranger will come with a choice of a single and bi-turbo 2.0 diesel engine, the latter will most likely be suited for commercial use. A 2.3-litre EcoBoost will also be on the menu when Ford unleashes its new truck. The 3.0 V6 will be the juiciest of the lot and is said to be paired to a 10-speed auto gearbox.

Production of the next-gen Ford Ranger is set to commence in early 2022 at Ford’s plants in Thailand and South Africa. Although an official launch date is still to be announced, we can rest easy knowing that it won’t be too long into the near future.