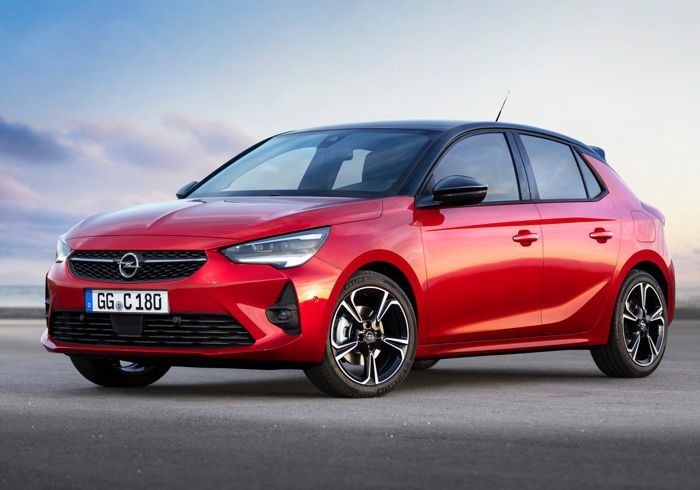 Remember the original Opel Corsa? The cute bubble-shaped model? Of course you do, as do we! Interestingly, this is the first image that comes to mind when the ‘Corsa’ name comes up. This second-generation version was the first Opel Corsa model available in South Africa, and it’s fair to say that it was quite a popular number here, sold in sedan, hatchback and a utility van version. If you still have this image of the Corsa etched in your mind, you’ll be blown away by what the 2021 version looks like!

After selling 14 million units globally, 2021 marks the birth of the 6th generation Opel Corsa and it isn’t making a subtle entrance. It’s a completely new vehicle with a striking design that’s difficult to ignore. The front is bold with sporty elements and a sporty bumper. Opel’s ‘Wing’ daylight running LED lights give it a futuristic edge. The rear design also has many sporty cues including crisp lines and cut-outs in the bumper. In the top-spec Elegance variant, the Corsa gets a two-tone colour scheme with a black roof. Overall, Opel’s new hatchback is a positive step for the brand and it looks premium. Interior design isn’t as jazzy as the outside, it’s very Opel-like with a clean and minimalist layout.

Growth has many facets, and the Corsa has improved in all of them including its features. There’s a 7-inch touch screen with Apple CarPlay and Android Auto, as well as a digital instrument cluster of the same size. The latter looks odd in its square shape and plain user interface, and is only available in the Elegance spec. For the first time, we think a traditional analogue cluster would look better in a vehicle. In as much as this is a Corsa, it’s also fitted with a 180-degree reverse camera, lane keep assist, forward collision alert and traffic sign recognition. These are all premium features in a B-segment hatch, and prove how much the Corsa has indeed grown. Speaking of such, it also offers more interior space than the model it replaces, as well as a slightly longer 309-litre boot.

Powering the Opel Corsa is a 1.2-litre engine which is the only unit currently available across the entire range. This 3-cylinder engine has two variants: a 55 kW 118 Nm naturally aspirated unit, as well as a potent turbo version with 96 kW and 230 NM. We drove the latter during its local launch in Johannesburg, and it’s a very impressive piece of equipment. It offers punchy acceleration and high tractability, meaning,  when you plant your right foot at speeds exceeding 120km/h, the Corsa is surprisingly responsive and you can watch that needle climb steadily. This is the same engine utilised by the recent Peugeot 2008 since the two brands have merged under the Stellantis group. Regardless of its application, performance from the 1.2 turbo petrol engine would make it a serious contender for ‘engine of the year’ if there ever was such an award. Both manual and automatic transmission options are available. On-road handling is another area where the Corsa impresses, feeling confident on all four wheels and taking corners with the same attitude.

How much does the Opel Corsa cost?

With three spec grades to choose from and seven different colours, including our favourite, Orange Fizz, the Corsa rings in between R200 000 and R400 000: