All New Toyota Hatch-Something to Talk about 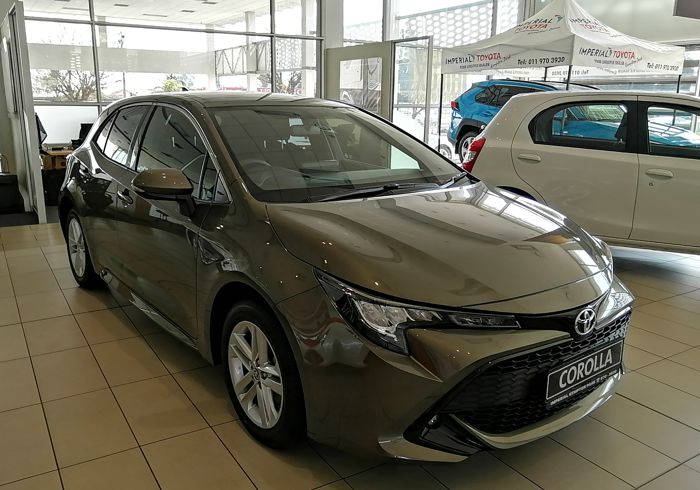 Toyota recently launched their all-new Corolla in South Africa and does the new car build on over forty years of reputability and trust. The last decade or two we’ve seen the Corolla in both hatchback and sedan form, with the former being sold under the guise of Run-X and then Auris the last several years.

When I first saw the 5-door Toyota Corolla Hatch on the floor at Toyota Imperial Kempton I was pleasantly surprised. It boasts a fresh and inspiring design from the typically conservative Japanese brand. The new hatch rides on a revised sport-tuned suspension built on the Toyota New Global Architecture (TNGA) platform that will underpin the coming 2020 Corolla sedan and hybrid. 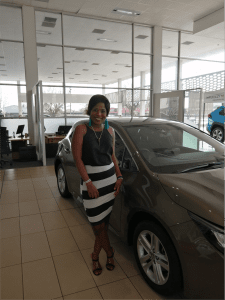 The Hatch runs on the same platform (TNGA) as the C-HR and Prius – its wheelbase is 40 mm longer than that of the model it replaces, but its roofline is about 25 mm lower. As far as its looks go, the new design seems to work better than the Auris was ever able to accomplish. The shape and bodywork certainly show off a sporty demeanor and Toyota appears to be appeasing loyal fans with a GR Sport version and the possibility of a full-blown GRMN derivative further down the line.

The Corolla handles better than most will expect too, the experience sitting somewhere between the poise and accuracy of the Ford Focus and the smooth feel of the Volkswagen Golf. That’s not a bad compromise, and while the steering is slightly numb, the latest Corolla is pleasingly sharp and agile.

Practicality is decent without tearing up the rule book, offering plenty of space and seat adjustment in the front. The new Toyota Hatch Toyota now comes with a 25mm-lower seating position for a sportier feel. The interior sees a major improvement over the older model and are there lots of soft-touch materials across the cabin. The multimedia systems also see an upgrade.

Only one engine drives the entire Corolla range: a 1.2-litre turbocharged petrol engine. It’s not the most powerful nor the strongest engine, but it’s a smooth unit that tends to give adequate performance when needed. The 85kW/185Nm it produces is not much but carrying the Corolla XR’s weight of 1395kg around is a respectable task for the new unit. 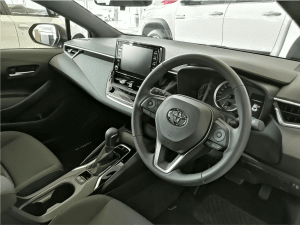 With the engine comes either a six-speed manual, or a new 10-speed CVT gearbox. The latter is the only option you can have with the XR and, unlike other CVT units we’ve sampled, this is of the better applications. One of its main tasks is to help keep fuel consumption down, but at 7.8-litres/100km we just could not match Toyota’s claim of 6.1-litres/100km.

With all these amazing features that the new Toyota Hatch has to offer, it stands out from its many, many talented rivals. Because in terms of tech, practicality and simple enjoyment, it falls short of the class best.