Allow the 2020 Corolla Sedan to reintroduce itself. 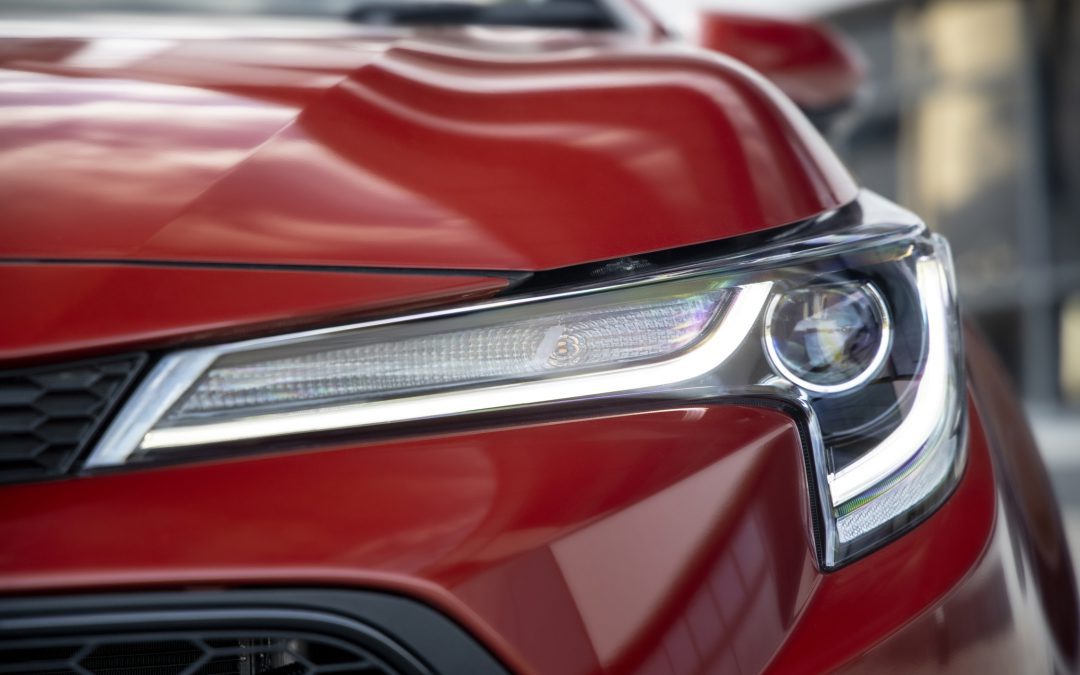 The Corolla nameplate has been around for decades, and nearly every generation of South Africans have witnessed one in the family at some point in their lives. In 1966 the first Corolla rolled out of the production plant and the model is still going strong over 50-years later. Of course, it’s seen many changes over the years, and now in its 12th generation, the 2020 Corolla is the finest we’ve witnessed yet.

You see Toyota has been conservative with the Corolla’s styling for some time now, and really, the last handsome Corolla was the 8th generation, remember the Rxi shape? Every generation in-between has looked too mature, attracting an older audience like my folks – until now. In its current form, the Corolla looks ultra-modern and sporty, boasting crisp edges from front to rear. I think we can safely say that it now appeals to a different crowd, a younger crowd. You’ll find twenty-year old’s casting inquisitive glances over at the Corolla. Its front end is what steals the show to be quite frank, that sharp design with slim LED headlamps, and of course, the large grille. Something about that face conveys a message of serious intent from Corolla.  Its designers have given it a sporty profile overall, while its engineers worked on lowering it by 20mm. All these tweaks and changes further enhance it’s athletic appearance, especially when sitting on that 17-inch alloy.

When driving the new Corolla, you can’t help but notice how refined and premium it feels. At our disposal was the 2.0 XR in manual, and the gear and clutch action was very smooth and positive. It doesn’t drive the way you would expect a Corolla to drive – it’s better. Those large side mirrors look good and become even more noticeable when driving on the highway thanks to wind resistance creating noise at speeds. A multifunctional steering wheel is on steering duty, and the Corolla’s premium feel flows into this area of the vehicle as well. The buttons on the wheel don’t have that common click-like feel when being pressed, but instead, feel soft and upscale.

The new Corolla range consists of a hatch as well as a sedan, the latter of which we drove. Interestingly, Toyota has offered three engine derivatives in the range, combining turbo as well as non-turbo drivetrains, depending on spec. There’s a 1.2T XS on the menu, which is the only turbo variant and is only available in the hatch. It can be had in both in manual and auto. Also available is a 1.8 XS, as well as a 2.0 XR – both of these are exclusive to the sedan, understandably so considering the extra mass. What isn’t very clear is why these two are not turbo-charged. Granted, non-turbo engines live longer than their forced induction counterparts, and maybe Toyota was looking at it from that perspective. Either way, it felt both awkward and pleasant to drive a naturally aspirated 2.0-litre four-cylinder. The lack of boost when hitting the throttle is something that takes getting used to, while its simplicity and the feeling natural engine power at work is a refreshing experience.

Inside, the cabin is rather plain compared to the eye-catching exterior design. Call it a minimalist approach to interior design, but Toyota has kept this space very simple. The seats bolted in here are aesthetically appealing and not run-of-the-mill. They look chunky and supportive, although that doesn’t always translate to comfort. Finding your ideal driving position is near impossible, and they feel rather awkward. Although this could purely be a personal thing. Toyota’s instrument clusters are always a contentious point. Although they provide all the necessary information relating to the vehicle and driving, they do look a tad outdated in these modern vehicles. To offer the Corolla sedan at such an affordable price point (R380 200 starting) the designers had to trim the fat in certain areas, and the interior is one of them. Hard plastic panels have been utilized here, and we appreciate the effort, especially during these difficult economic times. Having your cake and eating it is still somewhat of a fairytale – we live in hope.