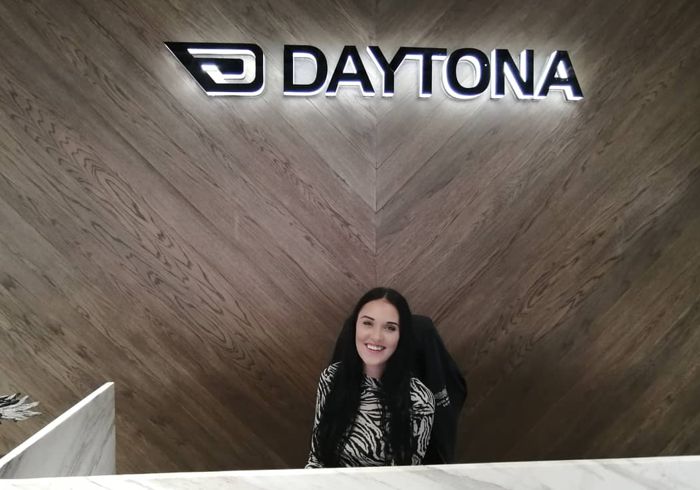 CEO of Daytona Group Justin Divaris seemed thrilled to be the official representative of Aston Martin in South Africa. He reassured all in attendance of Daytona’s commitment to the brand and the future prospects of the DBX.

Pricing of the DBX was announced at a starting price of 3 600 000-not for the faint hearted. The Aston Martin is the latest model release from the brand. The SUV boasts some unique features and keeps to the quintessential Aston Martin super car design but also gives the luxury and comfort of a bigger vehicle.

The interior of the DBX looked like a picture taken out of a spaceship. The futuristic look of the interior gave it a form of uniqueness and sought-after elegance and sophistication. I couldn’t help but compare the exterior to a sort of “modified” Porsche Cayenne. I was immediately captured by the maroon leather interior and stitching as the curtain lifted and the vehicle was revealed.

Seeing how the SUV market has grown over the years in South Africa, with some high-end SUVs such as the G-Wagon and Porsche Cayenne being part of that growth, we have high expectations of the DBX doing just as well on the market.

The DBX is said to be powered by a 4.0-liter, twin turbo V8 engine. It possesses 404kW of power and 700Nm of torque through a 9-speed auto transmission.  All of this power is managed through an active all-wheel drive system with variable torque distribution. Now apparently this super car clocks pretty impressive numbers. It’s claimed performance is 0-100km/h in 4.5 seconds and a top speed of over 290km/hr. Air suspension comes standard on this machine and the bonded aluminum body is kept in check through a 48V antiroll stabilization system. Can the DBX get any more impressive? I think not!

The newly launched Aston Martin DBX is currently on display at Daytona in the Aston Martin Johannesburg showroom. However, it will soon be moved to Aston Martin Cape Town. Having not experienced that many luxury SUVs, The DBX has definitely left a good impression with me. It’s going to be hard to try fill such big boots.