Audi A3 range is now even sharper 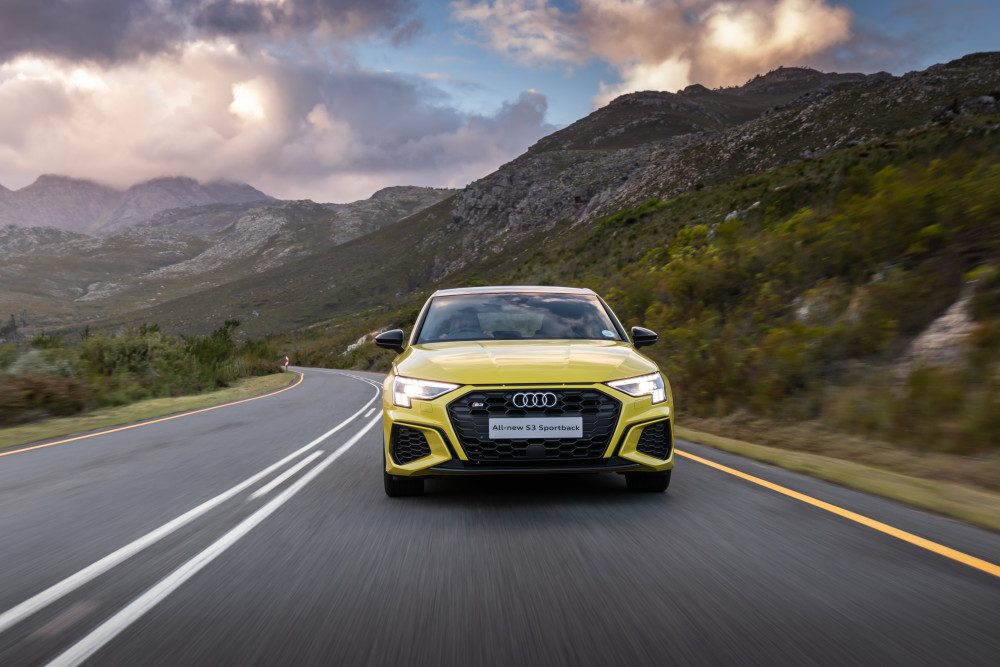 It’s been over two decades since the Audi A3 was first sold here in South Africa, and since then we’ve seen many variations of the model but none as aesthetically sharp and athletic as what we have now.

The four-ringed car is available in two variants, Sportback and Sedan. Both have now received the company’s new blueprint. Audi’s focus with their range nowadays is sporty designs and the new A3 fits right in. From the front we now see new daytime running LED headlamps with the option of Matrix LED lamps for versatile lighting under all conditions. In S line trim, the daytime running LED lights are made up of a pixel array to set them apart from the standard variants. Beneath, you’ll immediately notice larger air intakes on the bumper, enhancing the sporty look while adding a bold touch to the not so compact A3 Sportback and Sedan.

Yes, naturally, the model has grown in size as it should with each new iteration. For improved interior space, the car now measures 4.34 metres in length and has a width of 1.82 metres – this equates to an increase of just over 3 centimetres from the car it replaces.  Its height, however, has remained the same. For an adaptable luggage compartment, Audi has given the A3 a loading floor that can be placed at different heights. All in all, the new Audi A3 Sportback has a reasonable loading capacity of 380-litres and that figure will increase to 1200-litres once the rear seat is folded. If you do require a larger boot, you would probably benefit more from the A3 Sedan as it has a luggage capacity of 425-litres, which remains the same as the model it replaces.

Having a look at the interior, the new Audi A3 now has a more driver-focused cockpit and it looks ultra-modern. Based on what we’ve seen in the previous model, the new A3 is not even more digital than before. A large 10.1-inch display screen is now standard across the range and it can be controlled by voice, or you can input your searches as if you’re writing by hand. Another standard feature in the new Audi A3 is the digital instrument cluster. If you want the fancy version (Audi virtual cockpit) that displays your map and other functions, you’ll have to pay for it as an added option. You’ll get a 12.3-inch screen that offers you three different views.

There will be two engine variants available in the A3 Sportback and Sedan range, the first is the 35 TFSI. This variant produces 110 kW and 250 Nm of torque through a Tiptronic gearbox and will reach a top speed of 219 km/h. A 40 TFSI variant is on its way and will arrive here for sale in November according to Audi. Output in this version is set to be at 140 kW and 320 Nm with a 0-100 time of 7.4 seconds and a top speed of 241 km/h.

Audi A3 Sportback and Sedan price

The new range is available immediately except for the 40 TFSI engine variant. Have a look at the full A3 pricelist below.