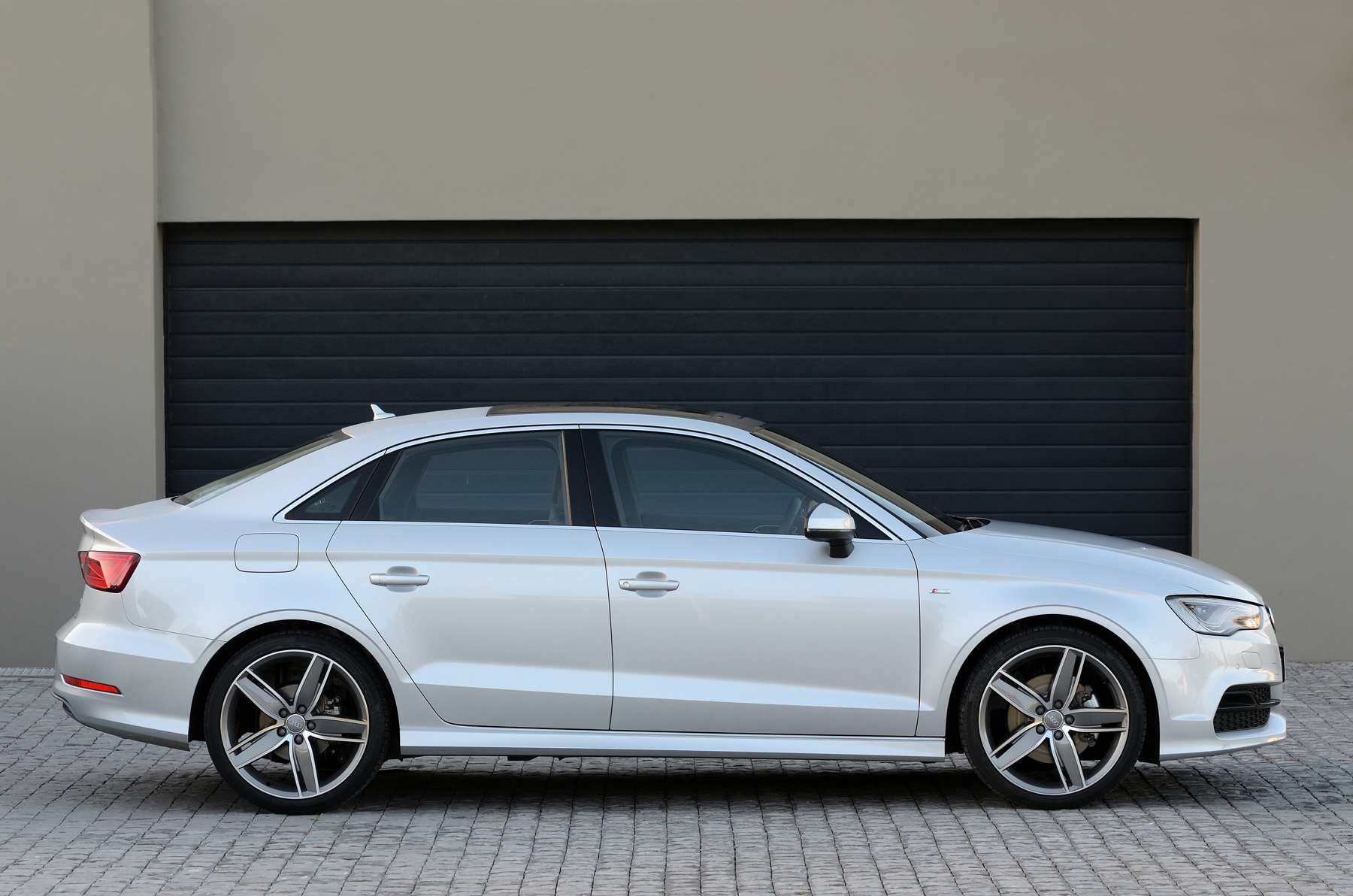 Newfangled genres like the Crossover have seized public affection. Understandably so: offering buyers the best of both worlds, with the height of an SUV and the dimensions of a hatchback. But tried-and-trusted formats like the sedan will always be in vogue. 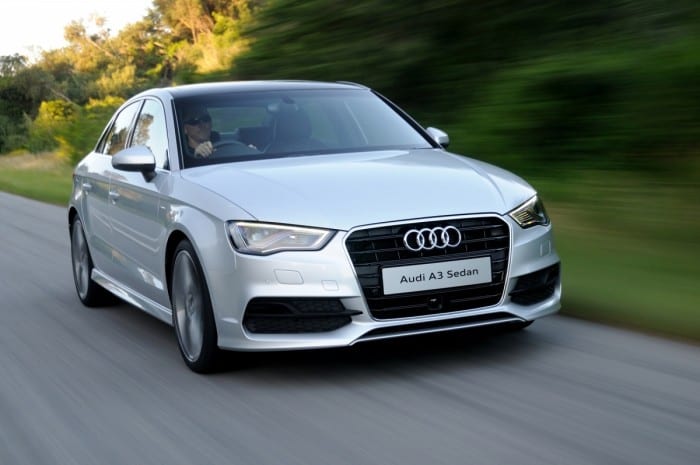 Those “medium” saloons like the Audi A4 and Mercedes-Benz C-Class are getting bigger. And to plug the gap, products like the A3 Sedan and CLA have joined the fray. The mandate of this latest booted Audi is to appeal to young, affluent buyers wanting a premium experience in a compact and chic package. How does it fare? 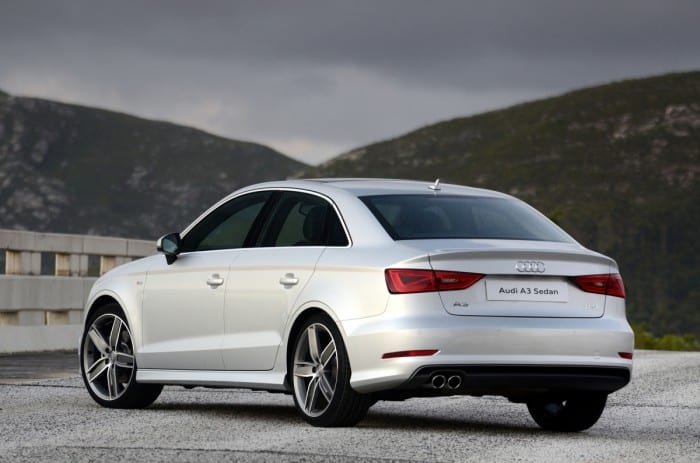 For starters the addition of a trunk makes the A3 feel more substantial. It seems more grown-up than the standard hatchback iterations. Parked alongside its shorter siblings; the lengthier Sedan cuts a sleeker profile. Buyers will feel like they are getting more. And indeed they are. The styling is derivative; but the one-size-fits-all approach has never failed Audi. A prominent pinstripe runs from nose to rump. And its tail is typically Teutonic, uncluttered and classy. Our last encounter with the A3 was in 1.6 TDI Sportback guise. We praised this engine for its smooth delivery and range-o-meter that refused to decrease. But the 1.4 TFSI petrol mill is certain to ingratiate itself with those seeking a fizzier experience. They even seem to have sprinkled some pepper over the engine note. Of course, the manual would offer greater immersion. But our tester with its S-tronic transmission proved fun (even relenting with some front-tyre scrabble on foot-flat take-off) and responsive shifts through its steering-mounted paddles. 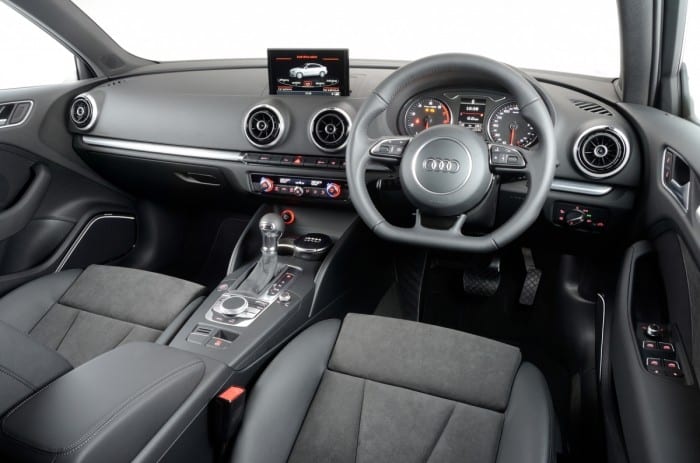 The new platform rolled-out by the Volkswagen Group gets due praise. Models underpinned by it – like the Volkswagen Golf and the current A3 – are simply unshakeable under duress. Things are no different here; with confidence being imparted to driver and a decisive steering system. Aluminium has been used, keeping weight down. It’s nimbler than the bigger Audi saloons out there; with their tangibly more detached, cruiser natures. 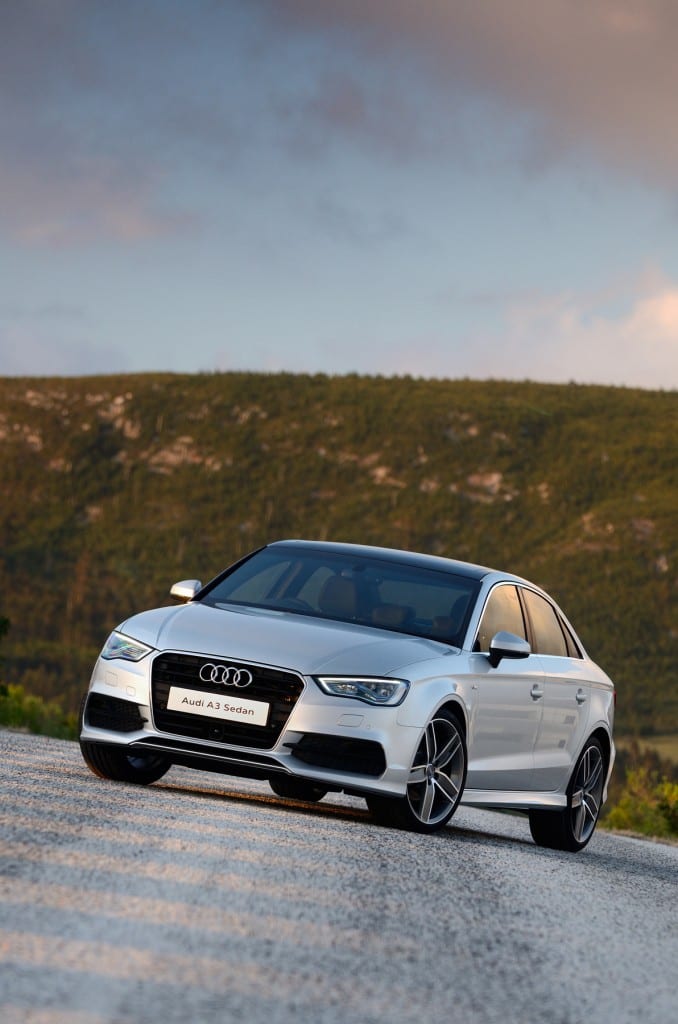 Its case gets stronger when you consider pricing and specification. There is evidence that Audi is making attempts to rid the habit of bending buyers over the barrel, when it comes to kit. Obviously, the standard features list isn’t as vast as something from a Korean equivalent. But it’s still commendable. You get Bluetooth and voice control, 17-inch alloy wheels, light and rain sensors, dual-zone air-conditioning and a driver instrument panel with a colour display. 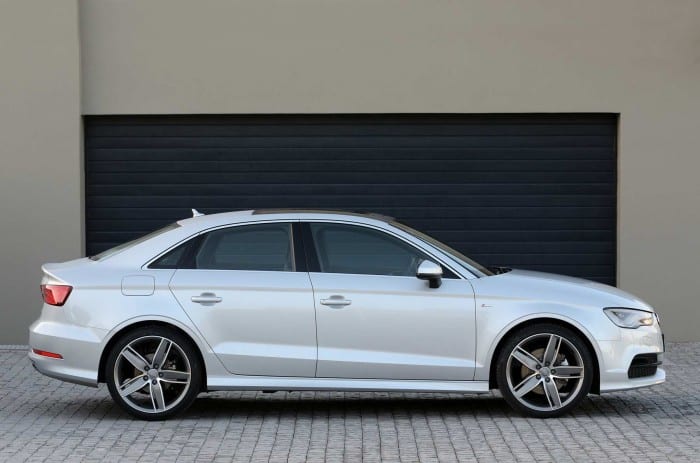 The Multi-Media Interface system with its tablet-like sliding screen is also in there. As are a pair of front sport seats and a multi-function steering wheel. A centre arm-rest is standard too. Some Audi owners will remember a time when this nicety cost around R1500 to R2000 extra. Bafflingly, cruise control isn’t part of the package. And leather is still optional too. Maintenance concerns are allayed with a comprehensive five-year/100 000-kilometre Freeway Plan. 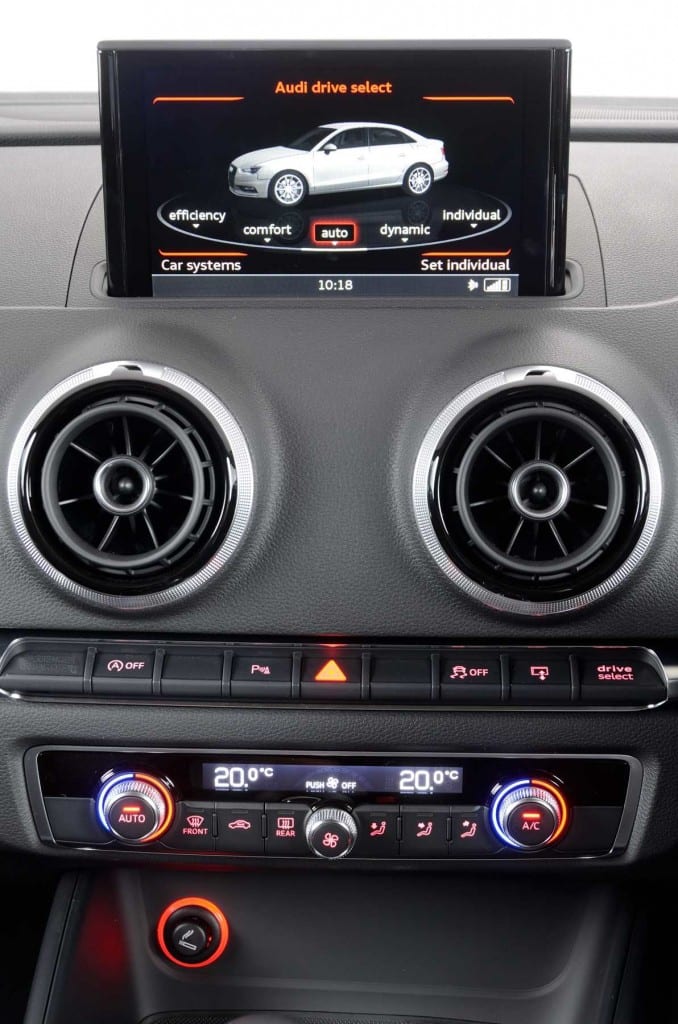 With a starting price of R323 500, the A3 Sedan is within the realm of affordability for many young ladder-climbers. And if you play a safe game with the options list, your total tally won’t be all that bad. With an assuring drive, sophisticated looks and the additional space, the A3 looks set to be a hit. When we tested its Sportback sister last year we were left ambivalent. Not so with this version: in fact, it’s our pick of the line-up.

Gripes: Can get pricey with options, why isn’t cruise control standard?