Audi A4 heads up its class | Latest News 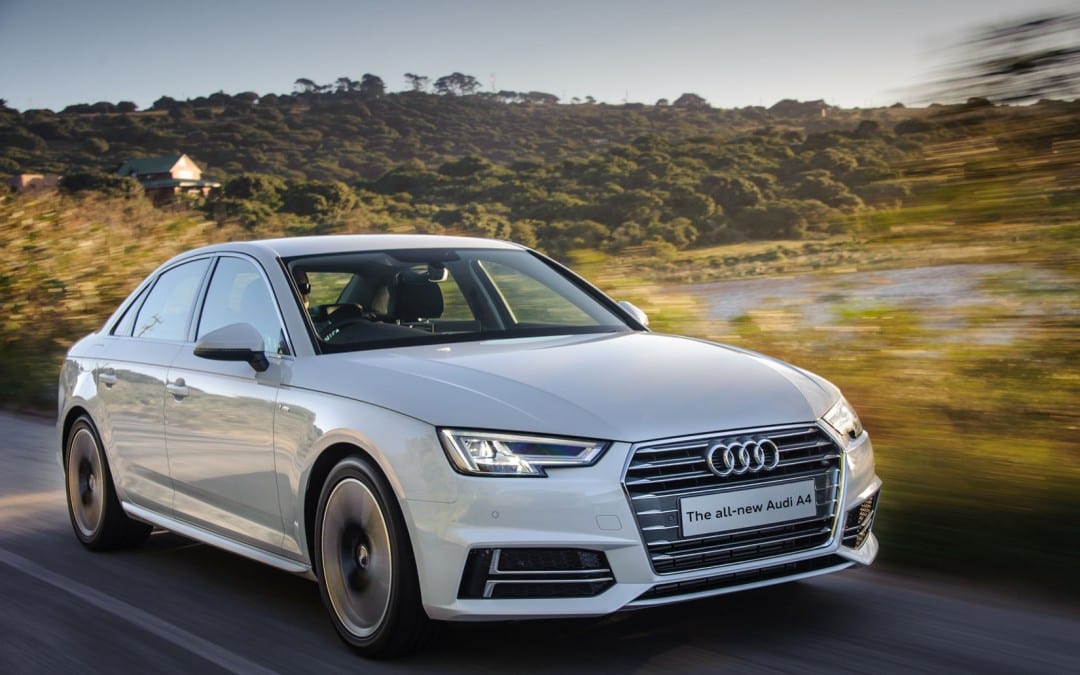 It would be perfectly understandable if an untrained eye would see the new Audi A4 as a mere facelift of the previous model. The body side creases are sharper, the shoulders more clearly defined and the grille somewhat more squat, yet it carries unmistakeable overtones of its long-lived predecessor. But, even though it looks familiar, the new A4 is really an all-new car: lighter and more efficient, better to drive, more refined and more luxuriously trimmed. If this is what evolution is all about, Audi is going about it the right way.

Built on the new MLB Evo platform (the same one which currently also underpins the latest Audi Q7 and Bentley Bentayga SUVs), you’d expect excellence in all areas, and the new A4 certainly delivers. The driver’s first impression is of impeccable quality in every respect, from the first touch of the exterior door handles to the measured clicks of every switch and button. It really is a tactile delight to operate even the most minor controls, an impression strengthened by the liberal application of soft-touch materials all over. This is a first-class cabin: pleasing to the eye, ergonomically sound, supremely well-made, and genuinely nice to use. 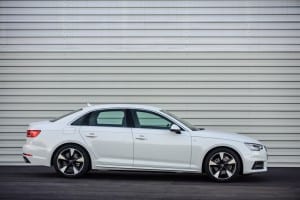 The Audi A4 has always had a lovely interior – it’s an Audi hallmark, really – but they’ve often been found lacking as far as driving dynamics go. While the new A4 is a vast improvement in this regard, it’s still not quite as engaging to drive as the real stars in this segment (the Jaguar XE and Lexus IS). But what it lacks in ultimate driver involvement, it makes up for with sheer competence – the chassis can draw upon masses of road grip, and the overall handling balance is extremely neutral. Forget about tail-sliding drama, for this A4 reverts to the character which used to set Audis apart in olden days: It is designed to cover ground as quickly yet effortlessly as possible. 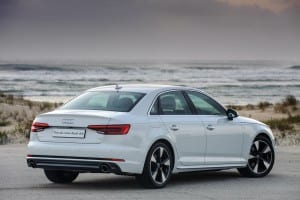 Part of this effortless appeal lies in the suspension tuning, which remains remarkably absorbent when the road surface turn nasty, yet doesn’t degenerate into a wallowing mess when the twisty bits come along. It’s perfectly judged to endow the car with iron-clad control over its weight transfer and minimal body roll, but still manages to insulate its occupants from all the harsh realities of the world outside.

If luxury is measured in quietness as well as comfort, the new A4 strikes another blow to the competition with its extremely hushed cabin. Extensive work on noise, vibration and harshness (NVH) in the new A4’s interior results in the kind of quiet progress you’d really only expect from large luxury cars, to the point where slight tyre roar becomes the only intrusion at high speeds – and then only on some (rough) road surfaces. For the rest, it’s as peaceful as sitting in your lounge. 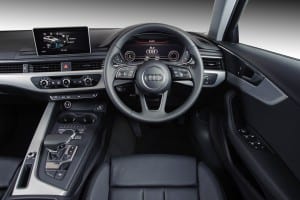 Standard equipment levels are pretty comprehensive too, as they should be at this price point. Even the base variant gives you xenon headlights, keyless entry, a bluetooth-enabled multimedia system with two USB ports, automatic control for the wipers and air conditioning, leather upholstery, and cruise control – many of which are options on its competitors. Specify the pretty digital dashboard (as first seen on the new TT) at your own peril though, because it’s only available if you tick the box for navigation as well, which is where it all becomes rather pricey. But hey, this is a German car, so you know you’re going to pay extra for the nice stuff before you even step into the showroom. 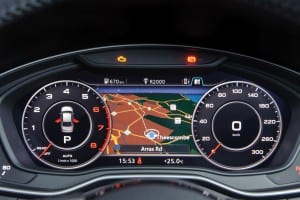 Powertrains are all new, with a choice between two turbo charged petrol engines available from launch. Of the two, the smaller one was the most surprising. The range entry point uses a tiny 1.4-litre turbo petrol, which somehow manages to pull with the kind of gusto you’d only have seen in 2.4-litre engines a mere decade ago. Outputs of 110 kW and 250 Nm are hardly earth-shattering, but it’s the way in which it delivers that power which is most impressive: negligible turbo lag, a solid slug of torque spread over a wide engine speed range, and a free-revving character makes the 1.4T FSI a real gem. It absolutely and convincingly blows its entry-level German competition clean out of the water.

This is the only engine on offer with a 6-speed manual transmission, but you really want it to be paired to the self-shifter alternative. The new A4 finally sees the departure of the lamentable Multitronic CVT, with a new 7-speed twin-clutch gearbox (S-Tronic) taking its place and making everything better. It’s pretty much flawless in operation, slipping smoothly through the gears in gentle driving, yet unerringly banging out split-second gearshifts when you push harder. 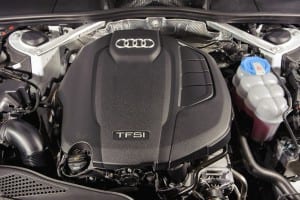 S-Tronic is standard fare on all other engines from the 2.0T FSI on up, where it uses the engine’s 140 kW and 320 Nm to turn the A4 into a surprisingly rapid machine. Those who want even more power can have a 2.0T FSI Sport quattro (with 185 kW/370 Nm) from April, while a 2.0 TDI variant (140 kW/400 Nm) will arrive towards the end of 2016. Real speed freaks will have to wait a little longer for some twin-turbo V6 madness in the forthcoming S4 and RS4. 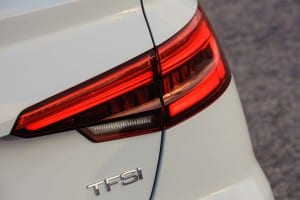 The compact executive class is awash with talent at the moment, and while some competitors could be seen as more stylish (Jaguar XE or Mercedes C-Class) or more fun to drive (the Jaguar again), nothing else else in this segment has such a wide spread of virtues. With scores ranging from “way above average” to “exceptional” across the board, there should be no doubt that the new A4 has reset the standard for all-round excellence, and in the process set new benchmarks for quality and refinement in its class.

Audi A4 range (and base prices)