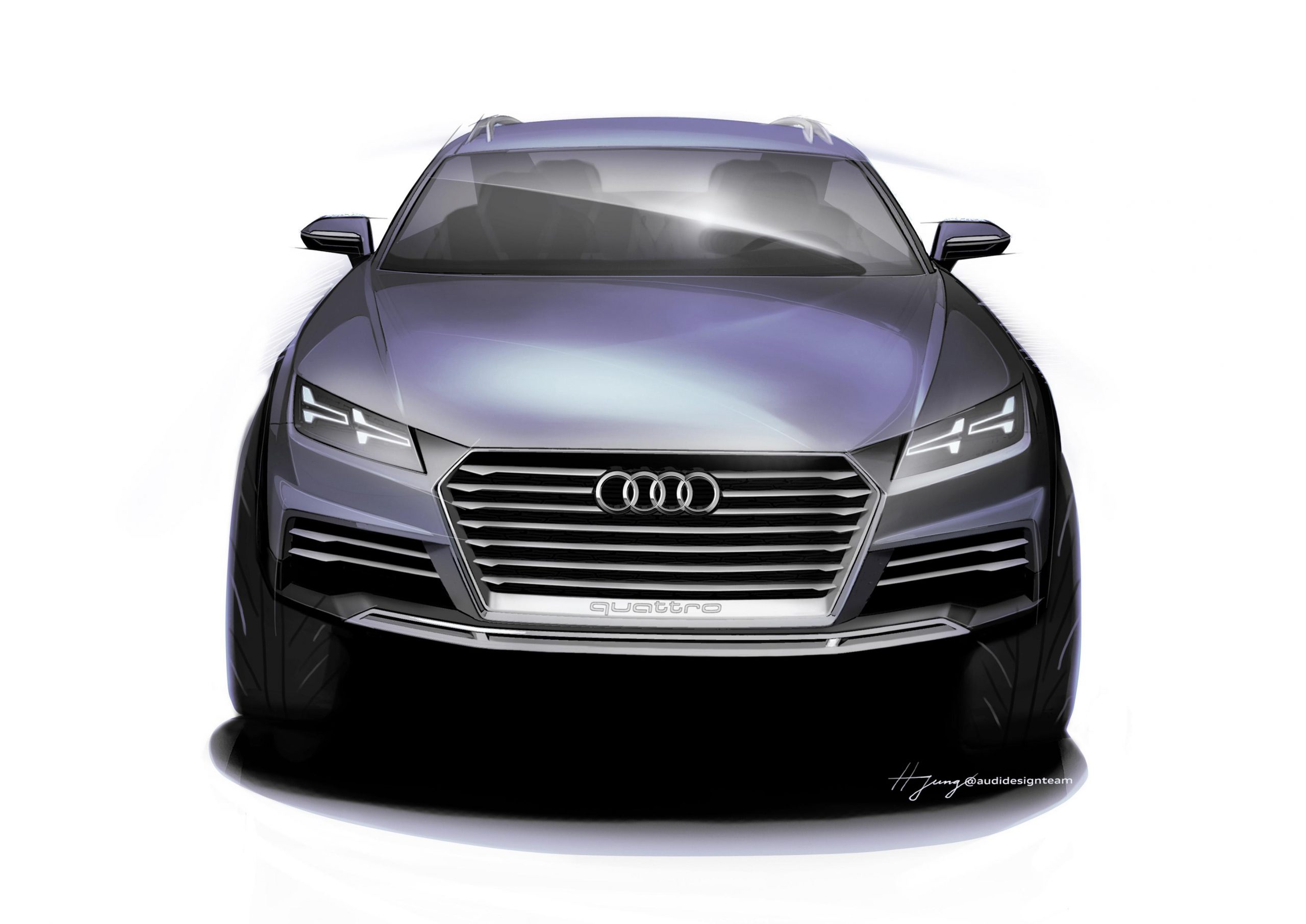 Last week Audi announced that the dainty Q1 is destined for production. Now they’re teasing a new concept; also compact in size with a crossover spin. 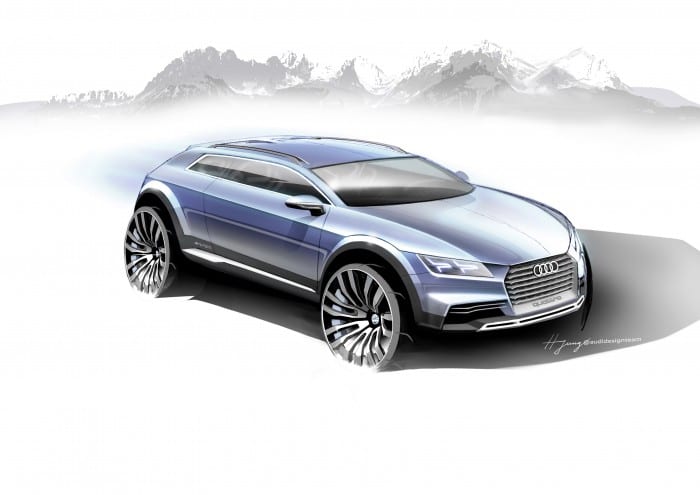 It’ll make its debut at the Detroit motor show in January 2014. Audi is touting it as a “car for all roads and tracks, for everyday driving and sporty recreational use”. According to them, it’s a distinctive Shooting Brake format that combines the typical Allroad traits. Judge for yourself from these illustrations. Not much has been said about powertrain. But we guess it’s likely to showcase one of the automaker’s hybrid systems. And they’ve also mentioned the car’s borrowing of styling cues from previous e-tron concepts – like the ribs in the single-frame grille and those distinctive side inlets.