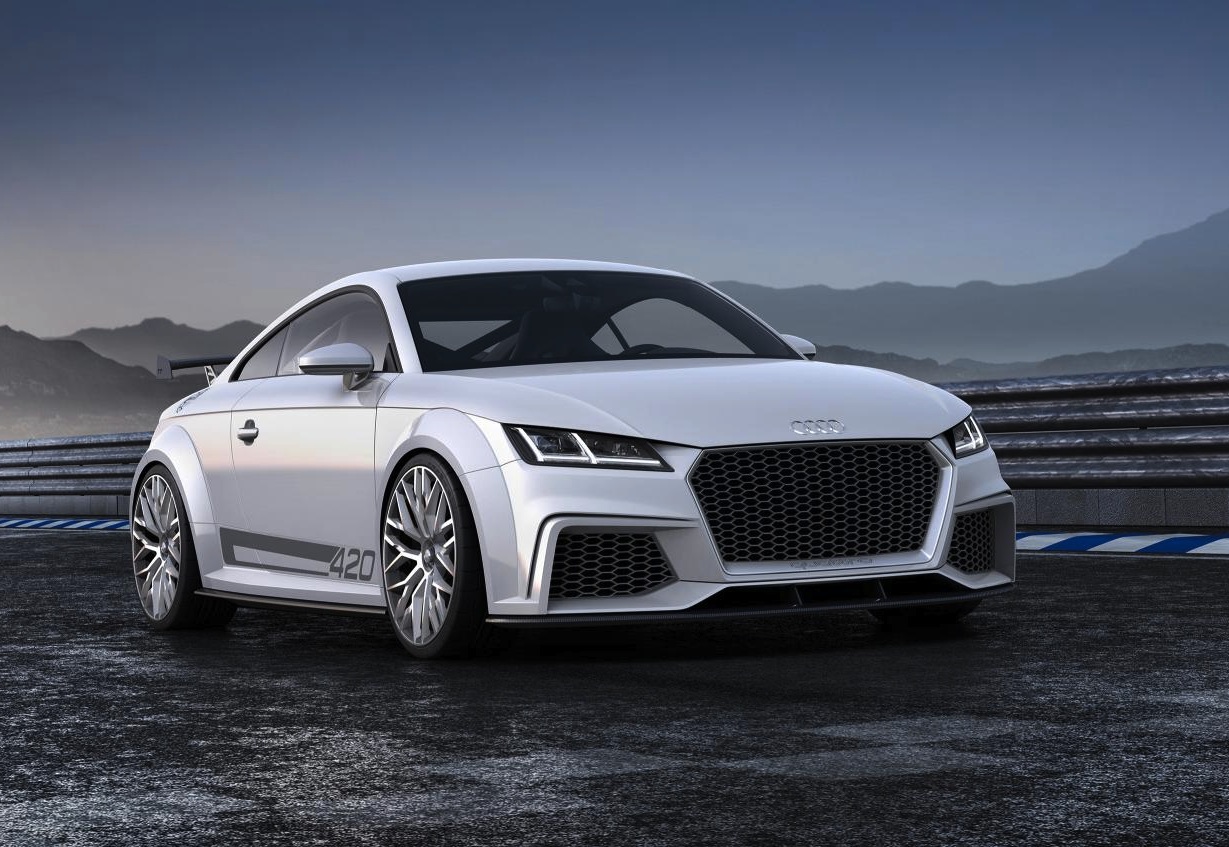 The current RS-badged Audi TT is known for its distinctive five-pot soundtrack. Audi unveiled their TT quattro sport concept, which is ostensibly the next TT RS. A new engine with one less band member looks set to take the stage. Power will come from a turbocharged quintet. 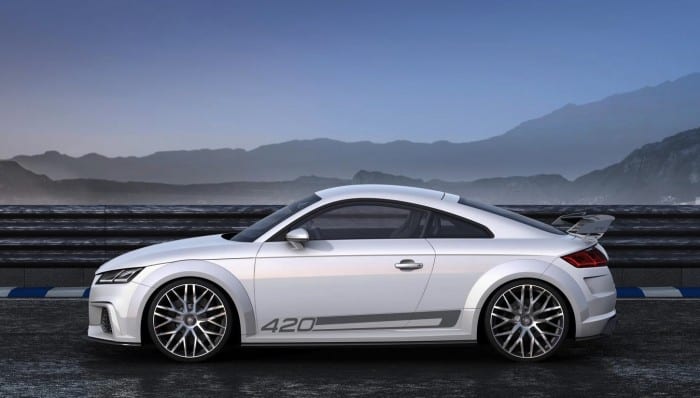 Its mill delivers 309kW and 450Nm of torque. Extensive use of aluminium helps keep weight down to 1344 kilograms. It promises to dispatch the standstill to 100km/h dash in about 3.7 seconds. According to Audi’s head of powertrain development, this one’s a 35-year culmination of their turbocharging expertise. 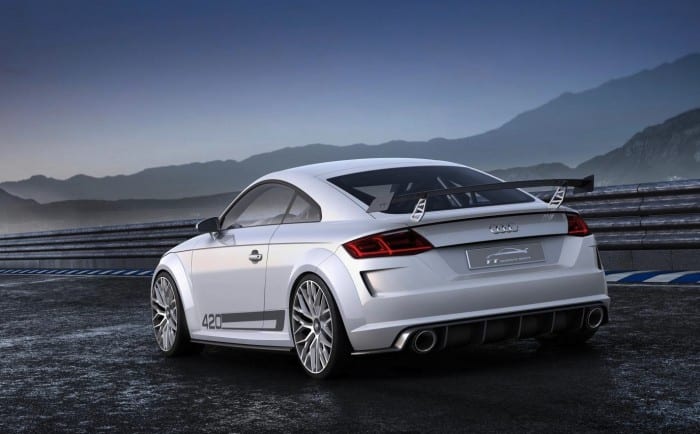 Power is shifted via an S-tronic double-clutch transmission, with all-wheel drive and a multi-disk clutch which is able to redistribute torque between the axles in milliseconds. Audi says the electronic nannies can be fully deactivated too. 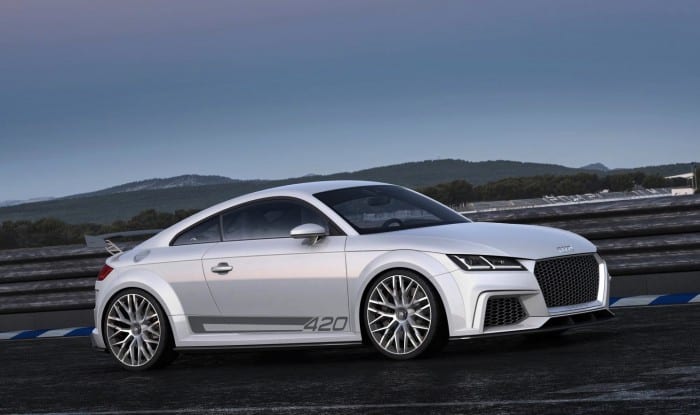 It rides on the Volkswagen Group’s MQB platform. One can only hope that the production version resembles this concept. Because it is a wonderfully brutish looker. The quattro sport rolls on 20-inch wheels and most of the beefy exterior bits have been crafted from carbon fibre-reinforced polymer. A large fixed wing sits at the rear. 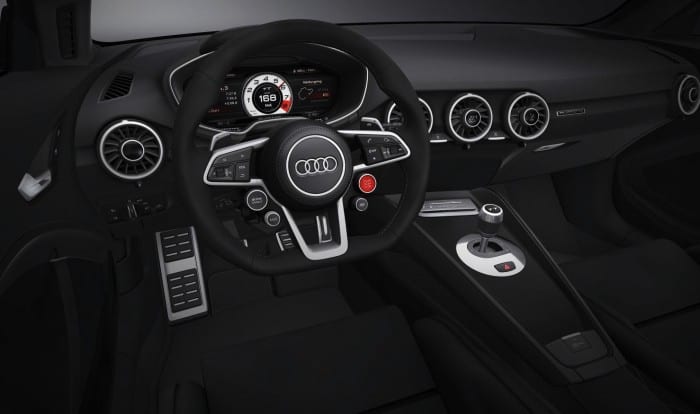 The interior is sparse, said to reflect its circuit ambitions. There are no armrests or speakers in the doors. Driver and passenger sit on snug bucket seats. And it has a flat-bottomed steering wheel. The boot has space for just two racing helmets.