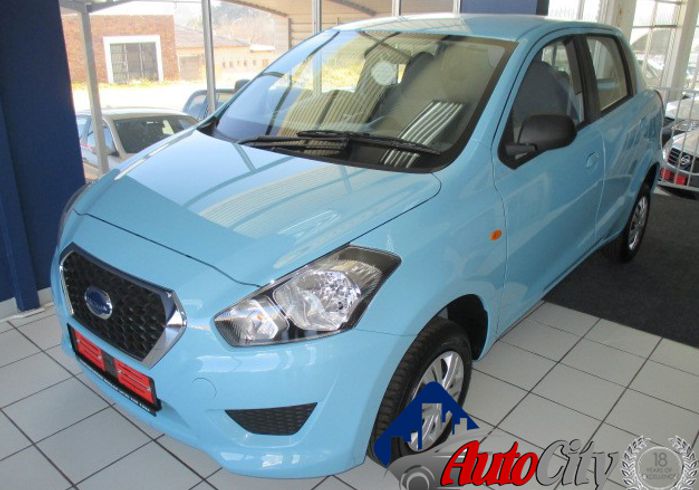 Do you remember the thrill of purchasing your very first car? For an adolescent, it’s one of the first ‘rites of passage’ into adulthood and as an adult, it represents a milestone that’s both exciting and in fact daunting! With advanced planning and budgeting, finding the perfect ride to meet all your requirements – from form to function can sometimes leave little to be desired.

But fear not, hoping to change this attitude is the new Datsun Go Lux which encompasses style, technology and low fuel consumption, all at a relatively low price. Housed at AutoCity Datsun Nigel Heildelburg, General Manager Johann van Heerden and his team consistently strive to provide buyers with the best deals, excellent customer service and attentive after sales support. And with the launch of the new Datsun Go Lux, I was looking forward to getting behind the wheel with Autocity Sales Executive André Fouché.

Upon approach, the vehicle looks somewhat bigger and more sophisticated than most competitors in its class. Clear tail lamps and conveniently placed high brake lights adorn the rear. And completing the chic look is a chrome grille and body colour bumper. 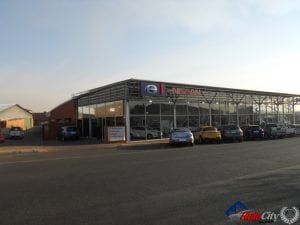 Wide opening doors provides a welcoming feel, not to mention an ease to entering and exiting the vehicle. Amongst other conveniences, this makes getting kids in and out of car seats less tedious. With connected front seats, it almost exudes a taste of vintage heritage. The parking brake and gear lever are ergonomically located next to the steering wheel for optimal comfort whilst driving. The cluster is fitted with a digital tachometer and drive computer that indicates instantaneous average fuel consumption and indicates the distance until the fuel tank reaches empty.

Moving toward the center console is a mobile docking station which includes a universal mobile holder, aux-in and a charge only USB port. The docking station is large enough for you to install your own radio system. An air conditioning system is installed in the vehicle with accessibly placed air vents for extra comfort without worrying about the weather conditions outside. 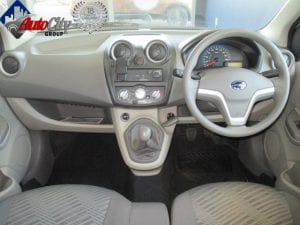 Take off is quick and nippy with little to no rattling. First and second gear is fast while third, fourth and fifth gear is more on the chilled side for optimal fuel consumption. While the vehicle does have the potential to drive on the highway with a top speed of 161kmph, the Datsun Go is meant for urban roads and occasional highway travel.

Driving around in the Nigel suburbs with the Datsun Go is pleasant as the roads are quiet and allow for slow and fast driving.

On offer with the Datsun Go Lux is a 3-year/100 000km warranty and 15 000km service intervals. Speak to Dealer Principal Chris Strydom, Sales Manager De Wet Pretorius or Sales Executive André Fouché for the best deals on their Datsun models.

Visit Autocity Datsun Nigel Heidelberg today to view their wide variety of new and used vehicles. With 18 years of service excellence behind them, the Autocity Group is proud to represent numerous other brands including Renault, Kia, Nissan and Mahindra. Representing the Autocity Group is the charismatic General Manager Johann van Heerden.