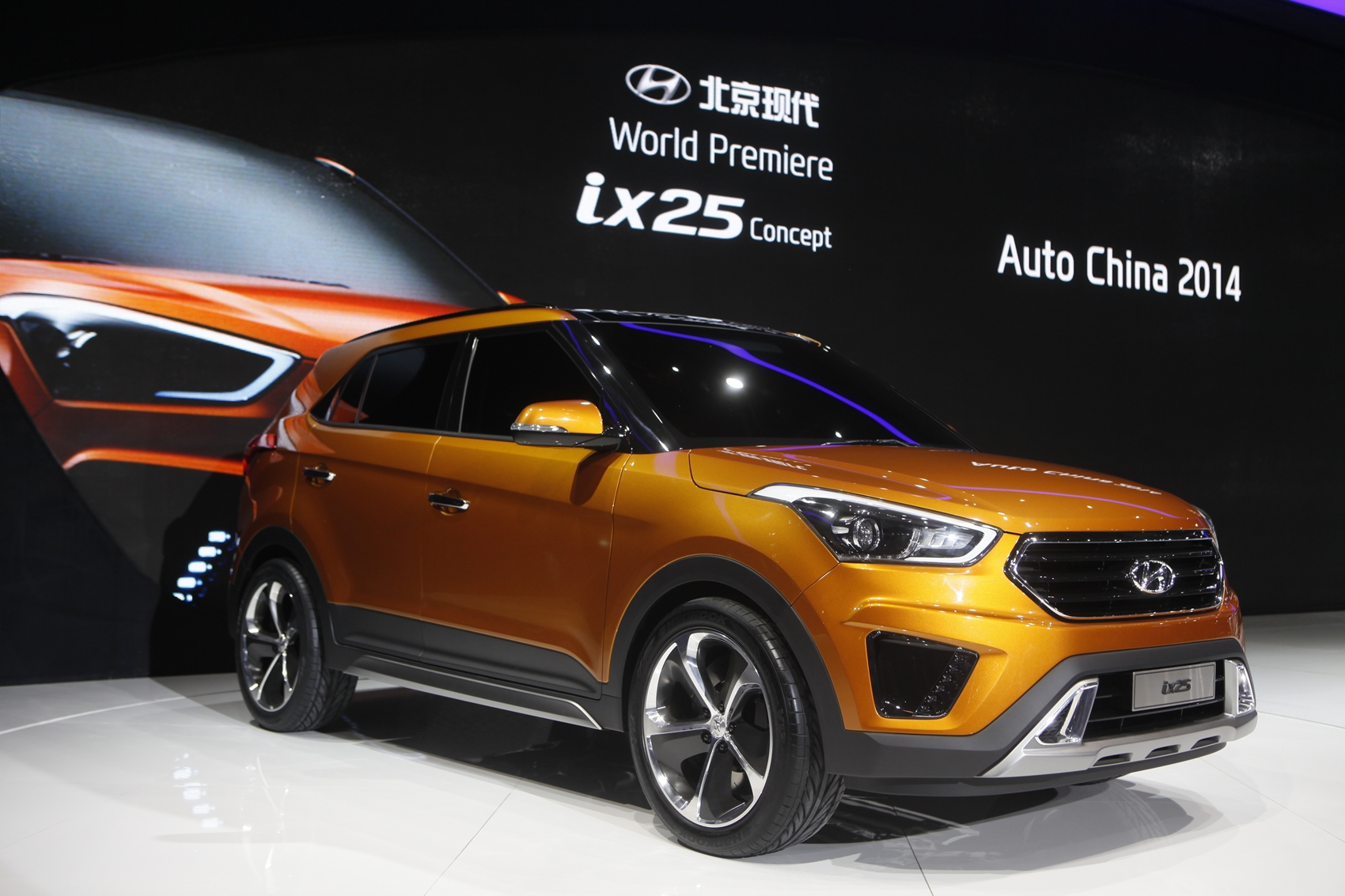 Korean automaker Hyundai refuses to miss out on the lucrative compact crossover segment. They recently unveiled the ix25 which is – as you probably guessed from the name – essentially a shrunken ix35. In the area of styling it’s business as usual. The new crossover sports the marque’s Fluidic Sculpture design philosophy. They describe either end as a contrast between daring at the front and sporty at the rear. This concept model which was unveiled at the Beijing Motor Show boasts a two-litre engine. At the moment, their hopes for the little crossover’s success are pinned on the Chinese market. “We can’t confirm whether the ix25 will be coming to South Africa, although things do look promising,” said spokesman for Hyundai South Africa, Deon Sonnekus. According to him, the ix25 could compete with the likes of the Audi Q3 in terms of quality and specification. But of course, it promises a more affordable price tag. In China the SUV and crossover markets are growing rapidly; Hyundai hopes the newcomer will pander to younger generations.