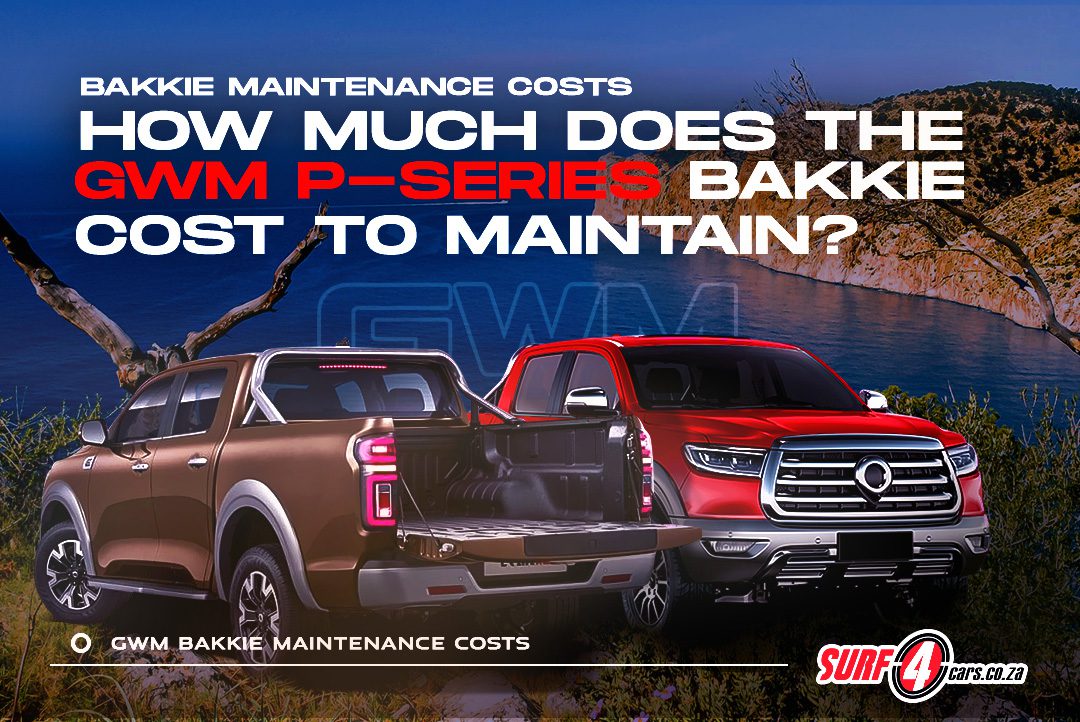 The GWM P-Series Double-cab is a luxury SUV-styled pick-up and is currently the most technologically advanced bakkie for sale in its class and yet it out-classes so many of its other competitors that are double the price. To put it more accurately the P-Series is an Omni-vehicle, which means it is capable of performing a number of tasks and functions but with maximum efficiency.

The bakkie is new in the country, and so far so good, there have been no major problems reported about the GWM P-Series. At a glance, it is an engineering marvel and it already seems to be gaining cult status. On paper, the P-Series sounds too good to be true, but surely there must be a jinx in its Chinese armour inspired design? Such a hi-tech machine, one would imagine it is expensive to both service and maintain? Inasmuch as it is a bit premature to be asking these questions now; the answers however may offer customers a bit of foresight as to what they can expect when their warranty and service plan expires?

Therefore, to find out how expensive it is to service a GWM P-Series bakkie we contacted Ivan Duffy, the workshop and service manager at HAVAL Edenvale. We looked at the cost of standard routine maintenance, major services and minor accident damage repairs.

*All prices include parts, labour, a full comprehensive vehicle inspection and VAT*

For the time being, HAVAL Edenvale has not yet received any P-Series in need of a major service, but minor dents and accident repairs are fairly common.

*Prices above exclude paint. Only include parts, fitment and VAT*
*Prices are subject to change at any time.

Further to our discussion, I asked Ivan what is the most common issue he faces with customers and their P-Series. He said because the P-Series is a highly sophisticated machine, there are some aspects about the bakkie that owners need to understand, like for example, the DPF or Diesel Particulate Filter cleaning process. On the one hand, owners consider it a nuisance and would rather have it removed, but on the other hand, it is a critical component of both the vehicle’s performance and long-term reliability.

What does a DPF, or Diesel Particulate Filter do? As the name suggests, it traps by-products of diesel combustion, like black carbon, sulphur, nitrogen oxide, unburned hydrocarbons or ash and other noxious gases that are harmful to the atmosphere. However, before the DPF becomes completely clogged, it initiates a self-cleaning, regenerative process to dislodge ash, with the aid of the catalytic converter it burns up the remaining vapours and converts any poisonous gases into less harmful emissions.

The whole process takes ten to fifteen minutes and if it occurs in the middle of a long-distance road trip or while driving on the highway it is not a problem. But it can also activate at the most inconvenient locations, in places where you are not able to leave your vehicle alone for ten to fifteen minutes while the DPF completes its cycle. While Ivan understands how annoying this can be for some customers, his professional advice is to leave the DPF installed and only replace it at the end of its life-cycle, which is too early to determine at this point but a DPF is designed to last up to 200 000km.

The reason why he is so adamant is that South Africa’s diesel is of such poor quality, that removing the DPF may expose the engine to unnecessary risk and reduce its lifespan. Without the DPF, uncontrolled amounts of toxic fumes and highly carcinogenic gases are released into the environment.

Surf4cars will be publishing a series of articles, starting with this one on the GWM P-Series, that look at the maintenance costs of popular SUV and bakkie brands. While researching for this project, I discovered the maintenance costs of more mainstream bakkie brands to be expensive and similarly priced. Therefore, the P-Series challenges the status quo and is a superior alternative to any of the usual suspects within its price range. However, this also creates a bit of a paradox in the used bakkie market. For example, you can buy a top-of-the-range GWM P-Series for sale, that is virtually brand-new, compare it to any other used bakkies for sale in South Africa within the same price range, and hands-down the P-Series is still a better deal.

If you need more information, Have a look at our video review of the GWM P-Series on YouTube