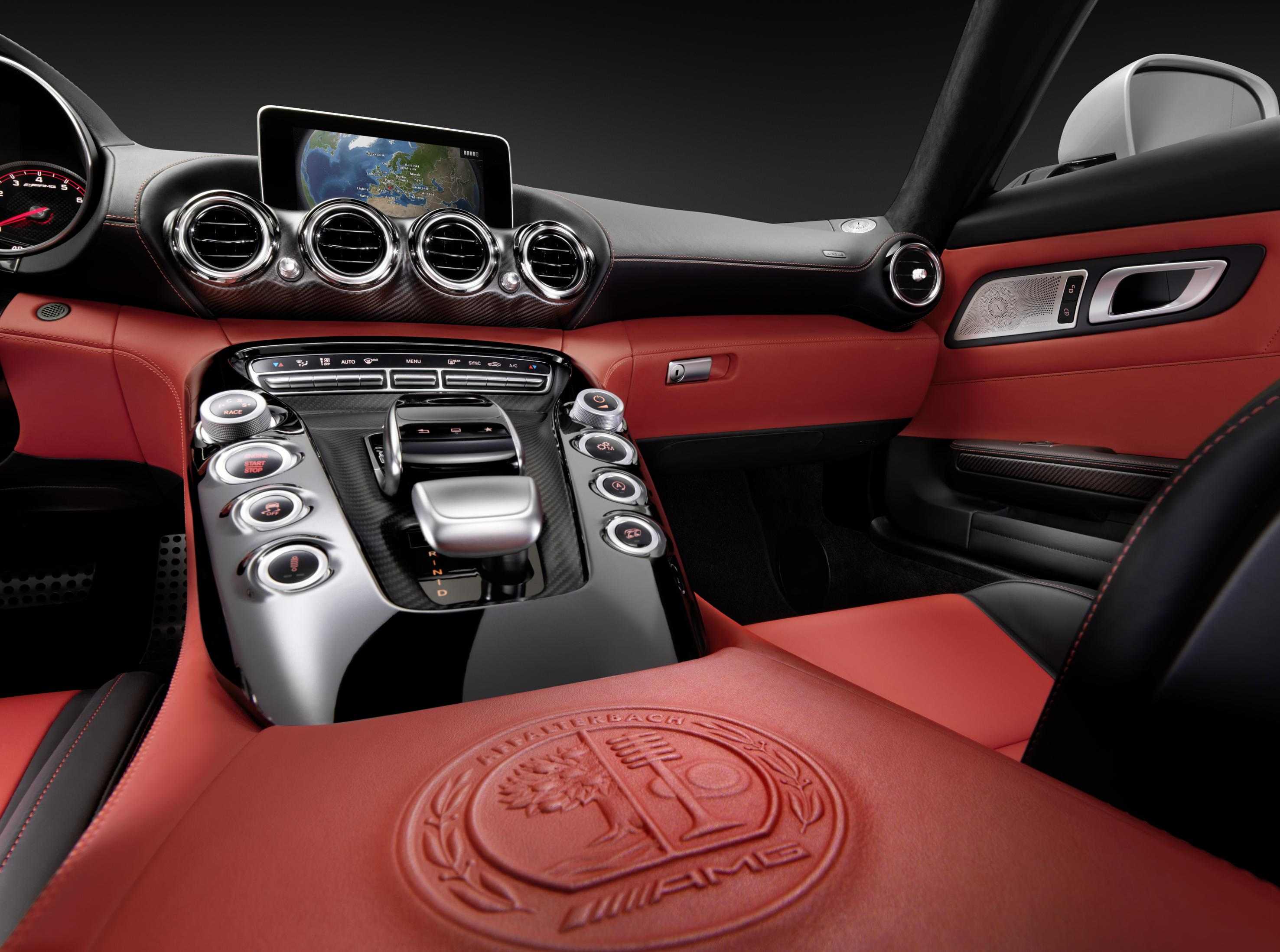 The Porsche 911 and Jaguar F-Type Coupe will be joined by another competitor from Mercedes-Benz. You’ve probably heard about the AMG GT, with surreptitious automotive lensmen leaking their findings onto the internet. Today the automaker released official images of the sports car’s interior and some details on what to expect. 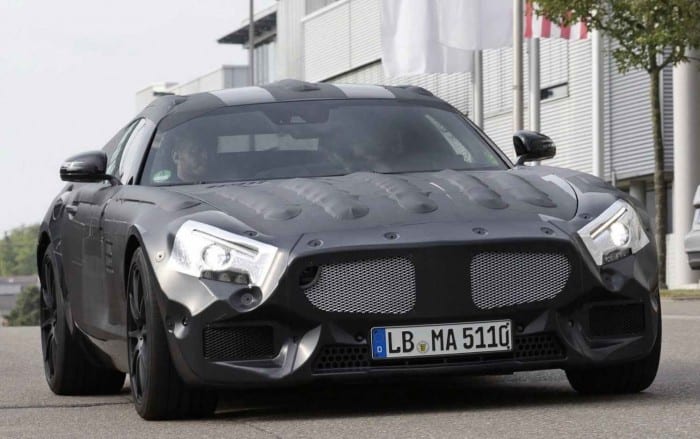 According to the CEO of Mercedes-AMG, Tobias Moers, the newcomer will be fascinating, dynamic, versatile – and a possible bargain. “The GT shows that we will be positioning AMG more vehemently and aggressively as a dynamic sports car brand,” he said. We get the sense that this could be sharper, more poised than the raucous, tail-sliding beasts one has come to expect from the Affalterbach-based high-performance division from Mercedes. 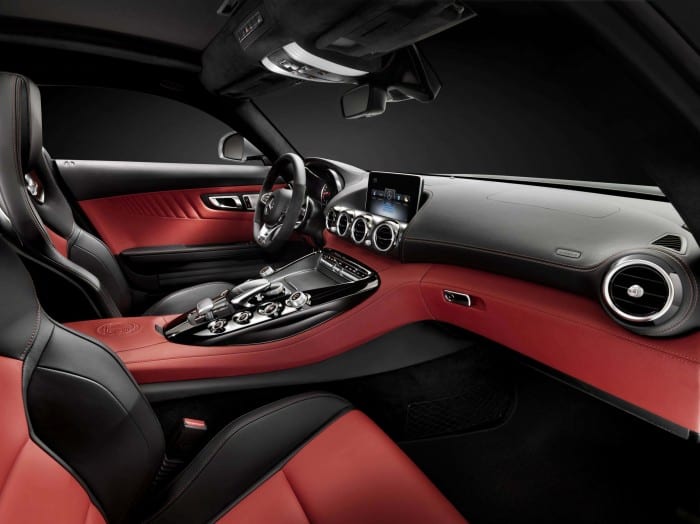 But being a Benz there are no plans to ditch luxury and refinement. The interior embodies their concept of “modern luxury” and the layout, with its circular vents and flowing shapes are reminiscent of mainstream offerings like the new A-Class and C-Class. They have hinted that power will come from a V8 mill. And the AMG Drive Unit selector on the centre console is even arranged like the eight-cylinder engine.