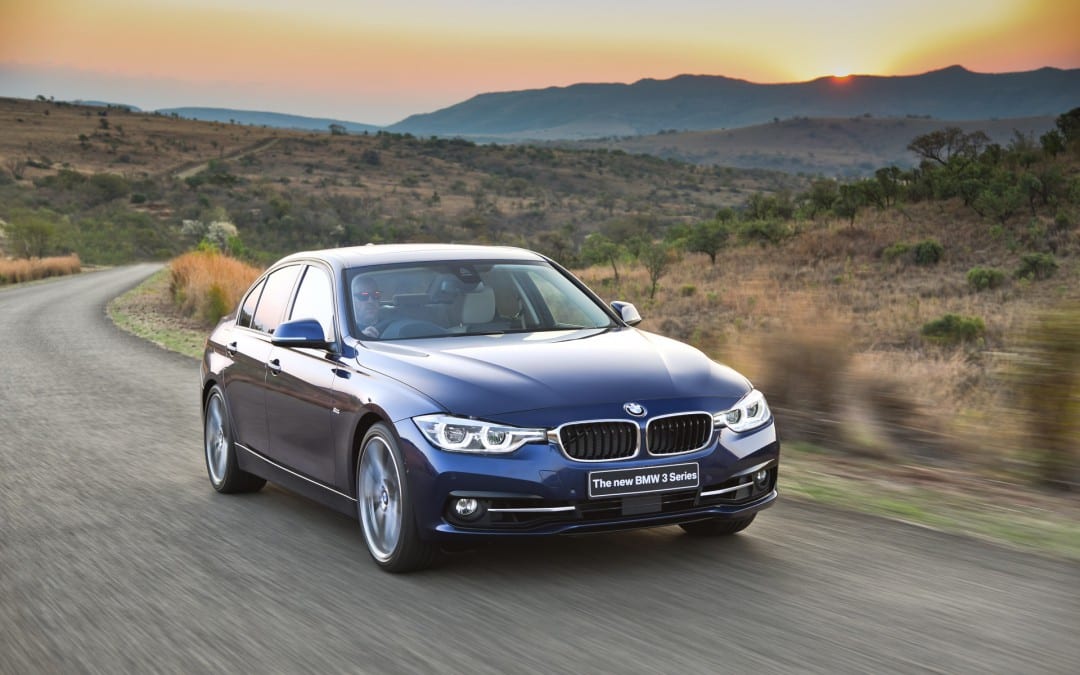 After 40 years, and with more than 14 million units sold world-wide, there’s little doubt that the 3-series is one of BMW’s most important model ranges. It’s also hugely important for BMW South Africa, because many of the 3-series cars sold throughout the world are produced on local soil: both left- and right hand drive, in rear wheel drive and xDrive all wheel drive formats, and with a wide array of engines and trim options to suit the different markets. In fact, more than 80% of all 3-series cars manufactured at the BMW’s Rosslyn plant are exported to the UK, USA, and most of the far East.

With such an important model range, there’s very little room for error when the time comes for an update. The easiest option for BMW would of course be to rest on their laurels and just apply a minor cosmetic change here and there, because it is already such a strong-selling car. But in the face of renewed competition from the new Mercedes C-Class and with a brand-new Audi A4 due to be launched in the next few months, along with increasingly appealing alternatives from the likes of Lexus and Jaguar, BMW had to judge the changes applied with the 3-series’ mid-cycle refreshing very carefully. 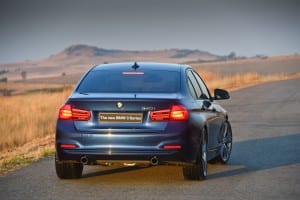 As a result, they decided to keep the styling largely unchanged, with only detail updates in the form of LED light elements in both front- and rear light clusters, along with reshaped bumpers. So subtle are the changes that you’d practically need to park an old one next to the new 3-series to spot the differences. The same applies to the cabin, where you might notice some new high-gloss trim items and a sliding cover for the cup holders ahead of the gear lever. And, seeing as this is a BMW, the facelift also improves on the abilities of the ConnectedDrive system, which now allows free navigation updates and a built-in data connection for three years.

But while the cosmetic differences are so slight as to be almost unnoticeable, the oily bits underneath its skin get a much more comprehensive revamp. It starts off with an almost entirely new engine range (only the 330d keeps its old engine), and adds some tweaks to the suspension to sharpen the handling and improve ride comfort. 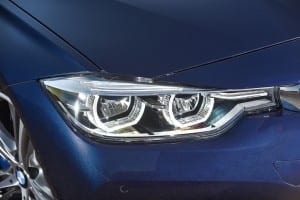 The new engine range comes from BMW’s latest modular drive train development, and ranges from a 1.5-litre 3-cylinder in the new 318i (which replaces the old 316i), through two 2.0-litre four-pot engines in the 320i and 330i (the latter replacing the 328i), right up to a 3.0-litre straight-six in the 340i (taking over the top level from the now-discontinued 335i). The new 320d also draws from the modular technology pool, and bears no relation to the engine in the outgoing car.

The performance figures look promising: the entry-level 318i produces 100 kW and 220 Nm (as it does in the smaller 118i and 218i Active Tourer), the four-cylinder petrol delivers 135 kW/290 Nm in the 320i (185 kW/350 Nm in the 330i), and the 340i ups the output to 240 kW and 450 Nm. These bland numbers represent only incremental improvements on their predecessors, but the main aim was to improve on efficiency and emissions: fuel consumption drops by at least 9%, thanks in part to improved effectiveness of the BMW EfficientDynamics fuel-saving aids. The new 320d delivers 140 kW and 380 Nm, while the 330d remains at 190 kW and 560 Nm for a great balance of power and economy. 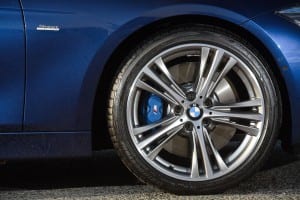 We spent some time behind the wheels of the two model range extremes. First up was the range-topping 340i in M-Sport trim, equipped with the customarily excellent ZF 8-speed automatic gearbox. The new engine immediately impressed with its crisp throttle response and lovely swell of mid-range torque, but doesn’t seem to enjoy visiting the far side of 6000 r/min as much as its forefathers did. That said, it still sounds good (if a bit muted in Comfort mode and growlier in Sport) and delivers a mighty punch: the 0-100 km/h sprint is dispatched in 5.1 seconds, and overtaking is swift and effortless. Crucially, it seems to be much more parsimonious than the old N55 engine, for the trip computer never once went past the 9.5 ℓ/100 km mark even though we often made good use of the storming performance on offer.

Next, we sampled the 320d, also in automatic format. It’s a nicely refined unit (partly thanks to the new encapsulation panels fitted around the engine), and that sturdy torque output ensures strong in-gear acceleration. Economy should be a strong suit with this engine: in spite of some spirited driving, the fuel consumption display on the trip computer hovered around the mid-6 ℓ/100 km mark. This engine is probably as good as a four-cylinder diesel can get… 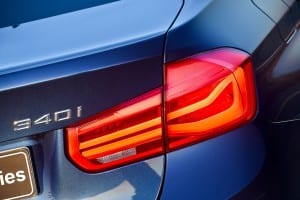 Running gear updates include new suspension tuning and a revised steering system to improve both road holding and comfort levels, and it certainly works very well. Switching between Eco Pro, Comfort and Sport modes not only altered the engine- and gearbox characteristics and soundtrack inside the cabin, but also brought about marked differences in the ride comfort, dynamic attributes and steering effort. The 3-series is very stable when hustling through corners in Sport mode, but it also rides with a well-damped smoothness in Comfort mode. Grip levels are still sky-high, and there’s even some promise of traditional tail-happiness thanks to the solid slug of torque being sent only to the rear tyres.

The new 3-series feels nicely grown-up, actually, and would make an excellent long-distance companion. As for the revised steering, it’s a little more responsive than before, still very accurate and requires a nicely judged amount of effort from the driver, but doesn’t let through much road feel. This is par for the course with most electric power assistance systems, and while somewhat improved on the older steering system, it still cannot match that superbly “plugged-in” feeling you used to get in previous 3-series generations. 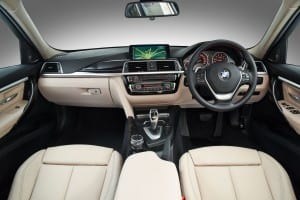 Let’s be honest here: the 3-series would still sell very well even if it were absolute rubbish, such is the cachet of the BMW brand and the strong reputation of the 3-series throughout its history. Fortunately, it’s anything but rubbish – the 3-series is indeed still the benchmark against which all other contenders in its class are judged.

But its opponents have narrowed the gap in their latest generations, and seeing as the steering system to some extent robs the current 3-series of its ultimate driver’s car status, the 3-series needed a different kind of appeal than that which defined its predecessors. It finds that appeal in refinement, comfort and efficiency – all factors which should suit its (now equally grown-up) target buyers. The old hooligan spirit might have been exorcised to a large degree, but that’s perfectly fine for the compact luxury saloon that the 3-series has become. 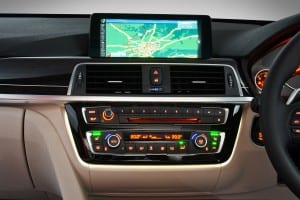