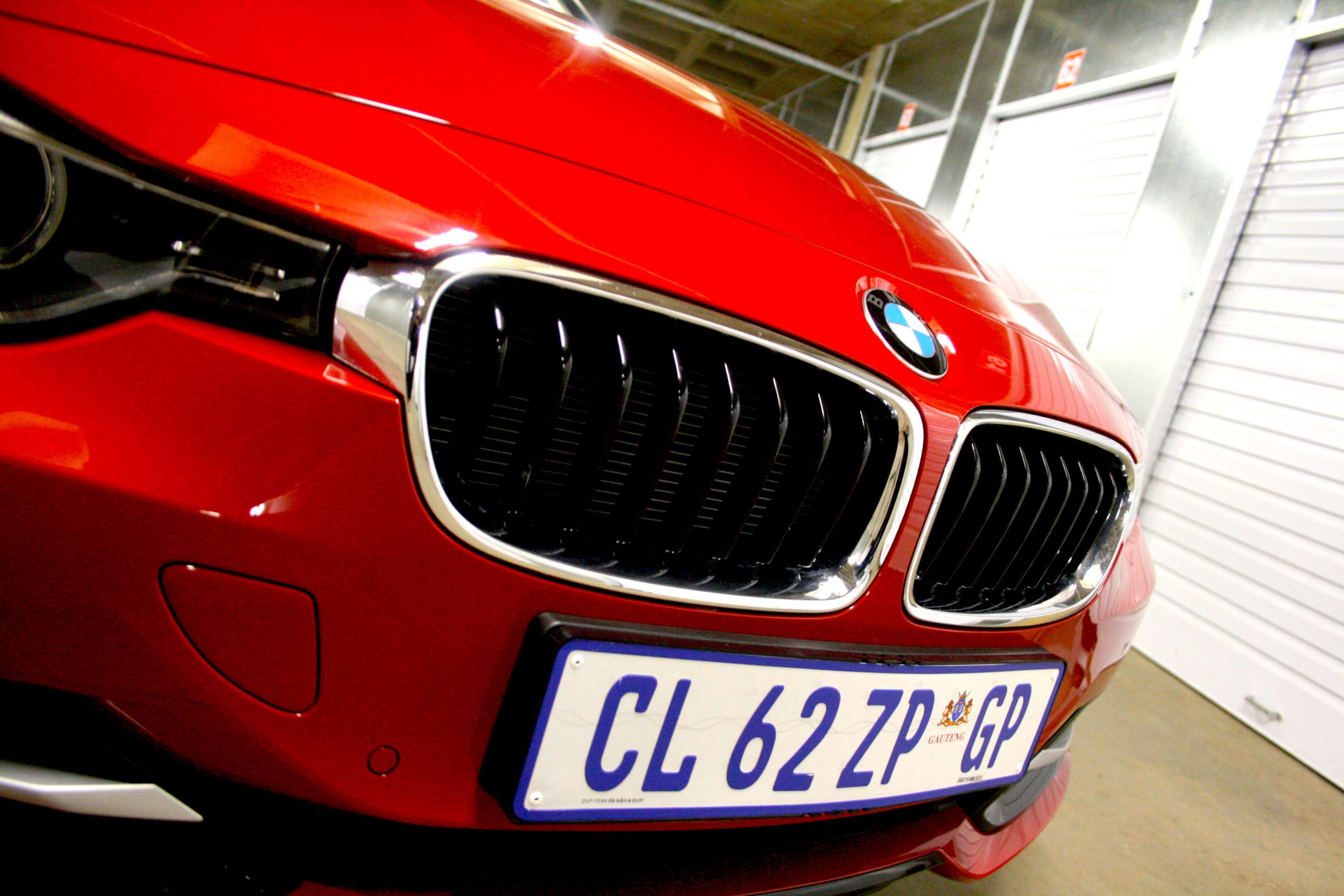 Cut away the verbiage and keep it simple, stupid. Sage words from a mentor at the start of my career in the newsroom of a community paper. They rung in my head during our time with the new BMW 316i.

We have been critical about the confusing nature of the automaker’s line-up here and in sister publication Motormag. Terms like “Sports Activity Vehicle” and “Sports Activity Coupe” – slapped on models like the X6 and so on – get perplexed looks.

But here you have a simple recipe everyone will like. A traditional saloon body format, a punchy turbocharged engine and rear-wheel drive. BMW has kept it simple with the 316i and it’s a dish that’s not only going to appeal to most palates, but most wallets too. 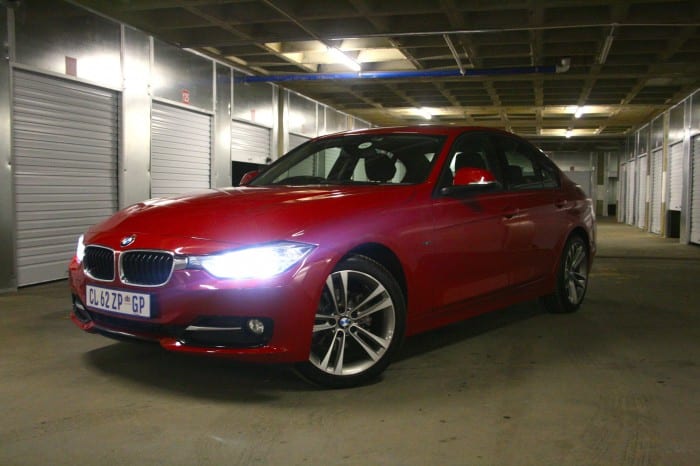 While it features a humble four-cylinder engine under its streamlined nose, remember that it benefits from forced-induction. There is a steady surge at any point, propelling the Beemer forth with momentum that is more than acceptable.

Downsizing need not mean skimping on power; something they proved with the 328i derivative which also has four chambers rather than the traditional six-shooter. One of the benefits of this 316i is economy. Even in Sport mode, under more spirited driving, the worst consumption you can expect is 11l/100km. The eight-speed semi-automatic transmission does a stellar job of transferring the engine’s power effectively.

All that hints towards the shifting of cogs is the gradual subduing of the engine note. That adjective “seamless” automakers like to use truly applies. We think the six-speed manual gearbox could make for a fun experience too. 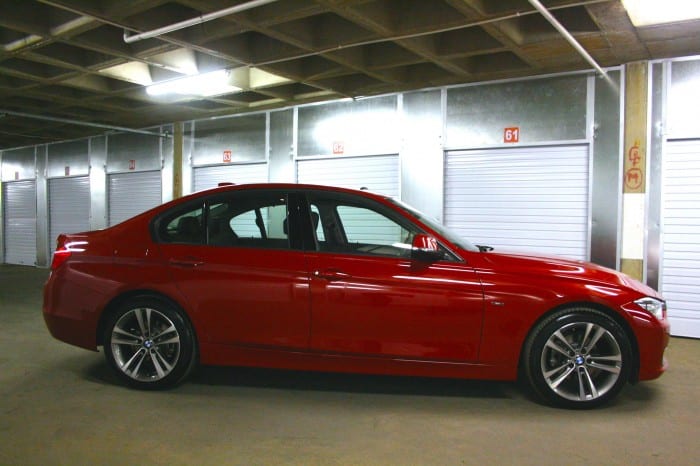 Balance is a big virtue. Like in the tale of Goldilocks the amount of each ingredient in this package is just right. Yes, everybody loves a high-performance machine but BMW targets the 316i at the masses. That means sensible folks like you and myself – who obey speed limits and aren’t awfully mired by sub-six second sprint times.

The 100kW mill is effusive enough for daily driving around town and in traffic. If anything, the decrease in power as compared to angrier models like the 328i and 335i do a good job of accentuating the well-sorted underpinnings of the 3-Series.

Since the world isn’t going by in an impressionist blur, you can savour the sharp cornering abilities and wonderful steering accuracy. Those brakes have an assuring bite and the BMW slices through swift successions of twists with the ease of a spoon through warm dessert.

So nothing has changed in this department. It’s still a bona fide driver’s tool. Despite rolling on run-flat tyres – which gave the previous 3-Series a notoriously harsh ride – they’ve managed to sort things out on this one. It’s a good compromise between suppleness to quell the consequences of poor roads. Yet firm enough to make you feel you’re still connected to the tarmac. 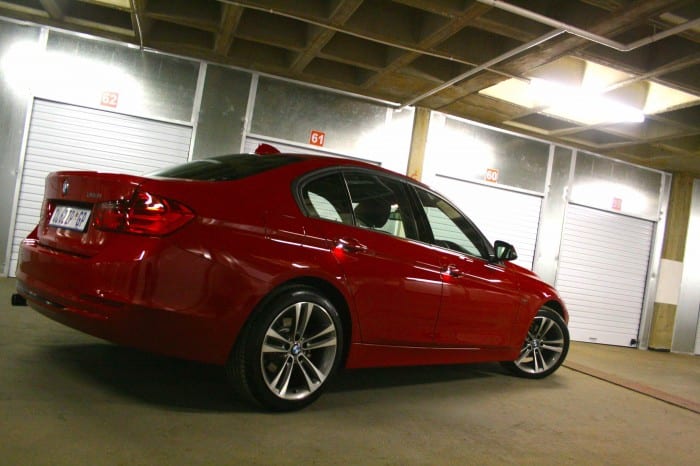 Buyers get the essentials expected from a premium car in 2013. The 316i has leather upholstery, climate control and satellite audio buttons on the steering wheel. You also get the ingenious iDrive system; with a tablet-like digital screen and a central knob as a conduit to all the infotainment functions.

For R349 500, the necessities are there but if you want your car to look a little more exciting, you’re going to have to fork out more. Most won’t see much point in opting for a plain-as-vanilla 3-Series. But many BMW dealerships are currently offering an enticing structured finance plan, where you can hop into the 316i for under R5000.

Play with the options list carefully and you could still end-up with a reasonable sticker price. We would add the Sport Line for R27 900 extra; which throws in sexier exterior bits like meaner alloys, black embellishments and snappier detailing. The interior benefits from seats with better contours than the flat, standard chairs and nicer fascia trim. 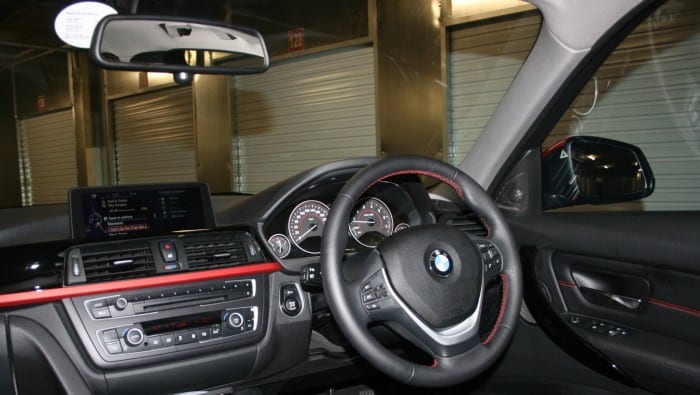 Don’t be deterred by its status as the “economy” 3-Series. The engine beneath is actually a rather good foundation for the 3-Series. This model will keep badge-conscious, prestige-is-paramount buyers on a budget happy.

Its biggest threat, however comes from the East. Because for roughly the same you could hop into a gadget-laden Kia Optima or the recently-launched Lexus ES 250. However, they’ll come up short in the brand stakes: the blue-and-white propellor has an enviable cachet.