A high school buddy of mine named William Shakespeare opined that a rose by any other name would still smell as sweet. Enter the BMW 4 Series, which strives to distinguish itself from its humbler four-door brethren.

There was nothing wrong with saying “I drive a 3 Series Coupe” – but the rationale behind the new naming decision is pretty simple. The folks at BMW figured it would be tidier to reserve even numbers for their sleeker coupe creations. This will inevitably give buyers greater exclusivity and bigger bragging rights.

We recently spent time with the top-tier 435i derivative and found that it loses none of the sweetness of the model it replaces. 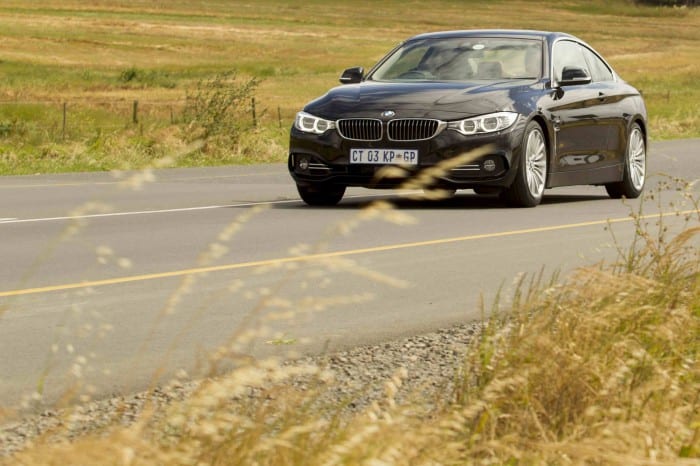 The Black Sapphire Metallic shade worn by our test unit accentuated all the significant sculpting work that sets it apart from its sibling. That sharper tailoring strategy culminated in a result that makes it seem athletic from every angle. Tweaks like the Air Breathers – nifty gills in the front fenders – serve to alleviate drag in the arches in addition to looking cool.

It recalls BMW models from days of yore; back when the whole line-up was characterised by a distinctive shark-like profile. Compared to its predecessor, this is longer and wider. The 4 Series also sits 500 millimetres lower to the ground and by their own admittance, is one of the sportiest cars in the entire BMW range. But we relished a different side of the coupe over our test period. More on that later. Like with the 3 Series, a variety of styling packages are on offer and ours boasted the Luxury Line kit. It oozes sophistication and features all those traditional trappings of a luxury car; with plenty of wooden furnishings and sumptuous saddle brown leather. Of course you can have an ambiance that is more contemporary with either the Modern or M Sport lines.

We think they could have done a little more to set it apart though. Everything is exactly as it is on a normal 3 Series. That isn’t bad at all from a layout and ergonomics perspective. But how about some extended leather wrapping on the dashboard? Or a few more glamourous touches to make buyers feel as though they are hopping into something a little more exclusive.

In fairness, there is one distinctive reminder: a tap on the shoulder courtesy of an electronic arm that extends outwards, pushing your safety-belt in close reach. 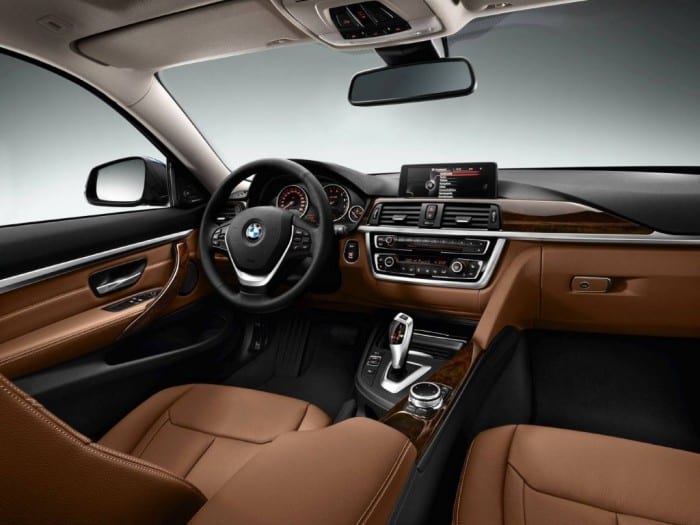 Perhaps it was the cigar lounge vibe given off by the Luxury Line decoration scheme. Or the fact that the approach of a long weekend had us in mellow spirits. But we found ourselves enjoying the smooth touring capabilities of the 4-Series more so than the sporting nature extolled by its makers.

Certainly, the Beemer changes direction and stops with the assuring crispness and confidence we have come to expect. Though it sails along with the suppleness and ease of something like a 5 Series. The turbocharged sextet beneath its elegant prow plays a hearty tune to accompany the rapid pace when you kick your foot down.

And the band doesn’t abuse the bar either. We achieved a consumption figure of 6.5l/100km on the freeway in the most efficient EcoPro driving mode. The digits headed to around 10.7l/100km after a few foot-down stints in Sport mode. It truly offers the best of both worlds. 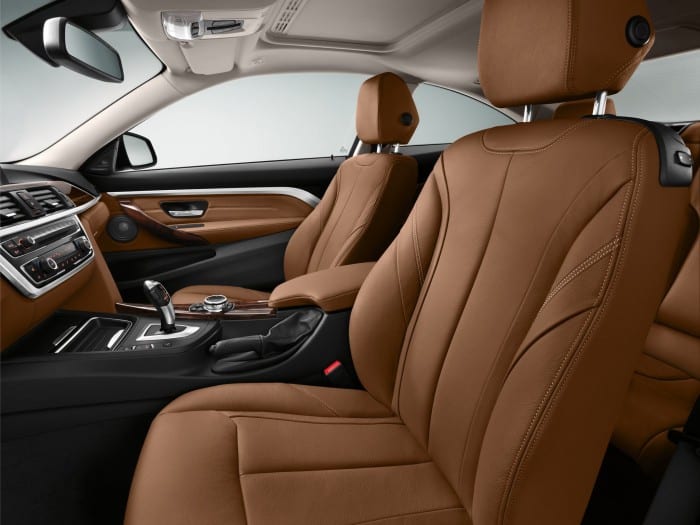 Before you walk into your local BMW dealership, you already know what to expect when it comes to pricing and the cost of optional toys. But standard specification on this 435i is actually decent.

Contour-hugging leather seats with electric adjustment, iDrive with integrated navigation and Bluetooth are standard in addition to the usual stuff like climate control. It has a basic sticker price of R686 500.

You’ll still pay if you want park distance control, LED headlights, surround view cameras, or that Luxury Line package. Our test unit had these in addition to helpful nannies like the Lane Change Warning and Active Cruise Control. The final price comes to a frightful R792 127. So be mindful when you’re ticking away at the configuration menu. 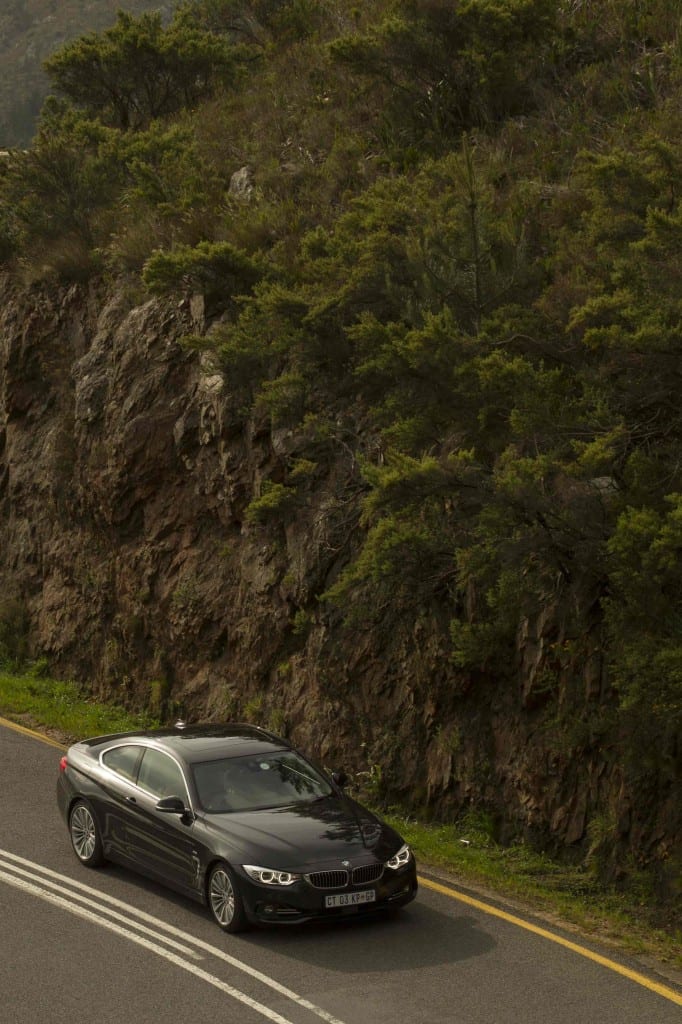 In recent years BMW shook things up a bit in the name of growth and diversification. And as impartial observers, we doff our hats to them for being bold enough to experiment.

Obviously, some efforts were more successful than others. The 1 Series initially raised eyebrows but soon had buyers running into showrooms waving their wads of money. Models like the 5 Series GT were not received as well.

This year they will continue to push boundaries. You will see the egg-shaped i3 electric car in South Africa. As well as the 2 Series Active Tourer, a premium MPV hoping to beat the Mercedes-Benz B-Class.

But when they play it safe, the result is never disappointing. BMW is skilled in the art of the coupe and this new 4 Series – even with its unfamiliar number – nearly equals a perfect ten in our books. 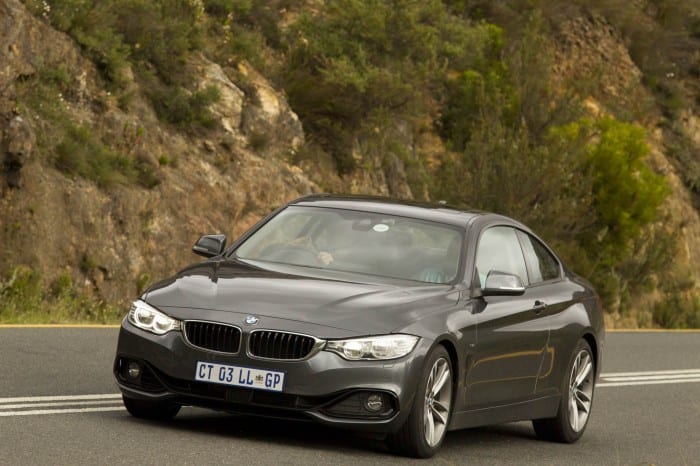 Gripes: More attention to detail on interior would be nice, can get ridiculous in price.