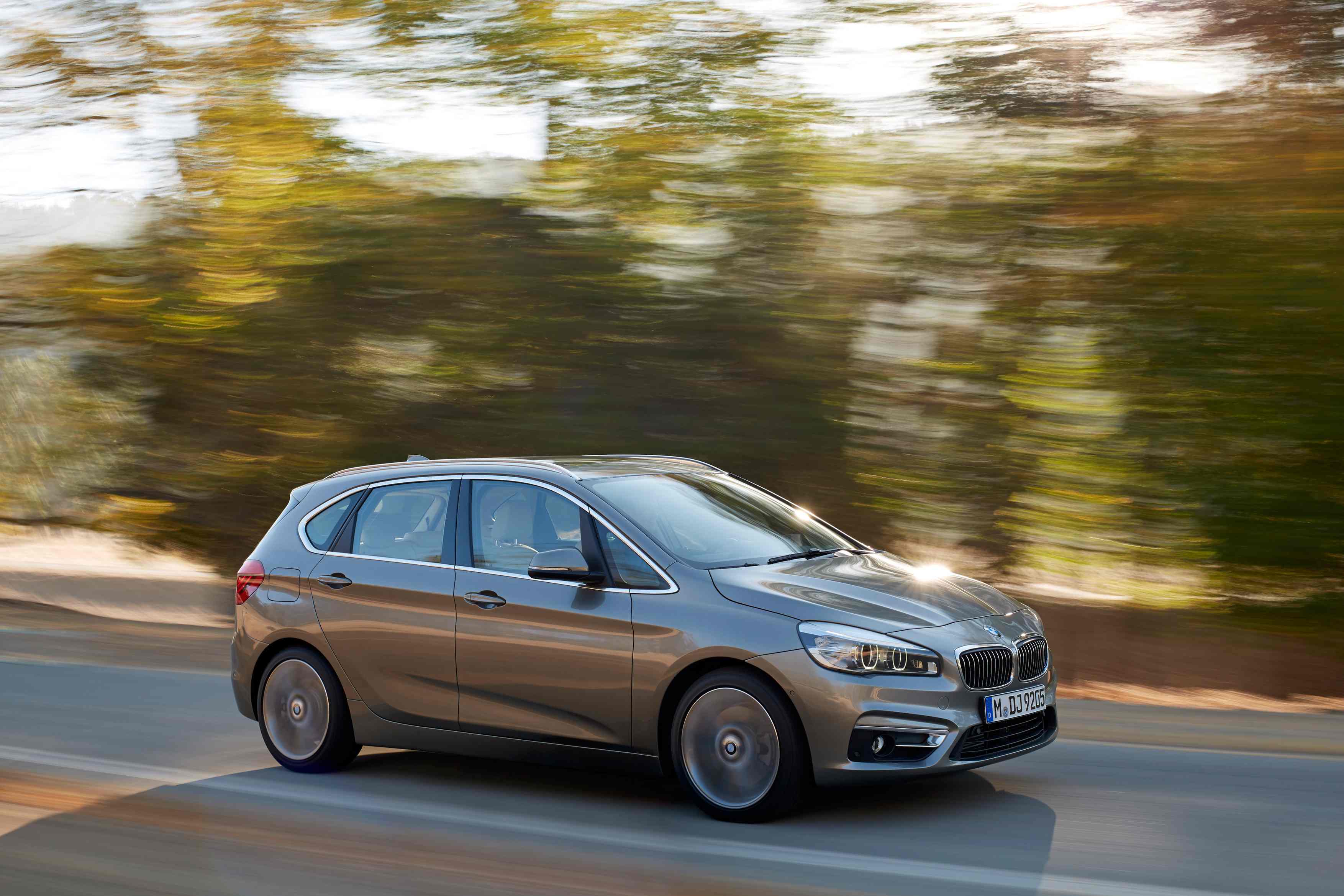 You can already hear those discontented groans from the purists. Whether or not an MPV dilutes the appeal of the BMW marque is up for debate. One thing is certain though. The automaker missed out on a big slice of the pie in this premium mommy-car genre, dominated by the Mercedes-Benz B-Class. They aim to seize their share with this 2-Series Active Tourer. 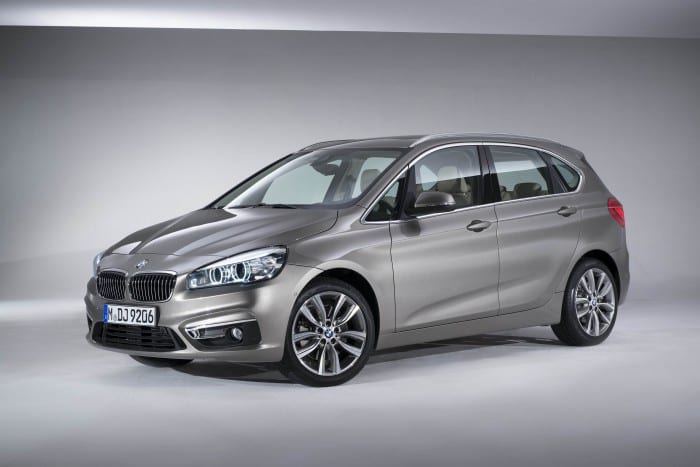 The BMW design hallmarks are there. Its face sports those kidney grilles and sharp pleats on the hood. Unlike traditional siblings though – with their sleek headlamps – this has larger lights giving it a more surprised look. You could say it resembles a fatter 1-Series hatchback overall. Keen eyes will spot the Hofmeister kink in the C-pillar window. 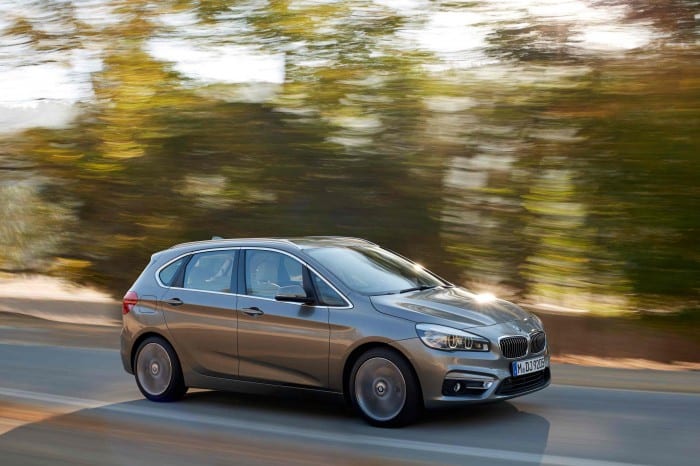 That traditional front-engine rear-wheel drive layout has also been ditched. The Active Tourer has its grunt sent to the front wheels. Of course, this offers virtues of better interior space: but it’s an interesting move given their fierce stance on the merits of rear-drive. BMW says it’s still going to handle with agility. One of the engines on offer is a new three-cylinder mill (100kW and 220Nm) in addition to a four-cylinder petrol (170kW and 350Nm) and four-cylinder diesel (110kW and 330Nm). 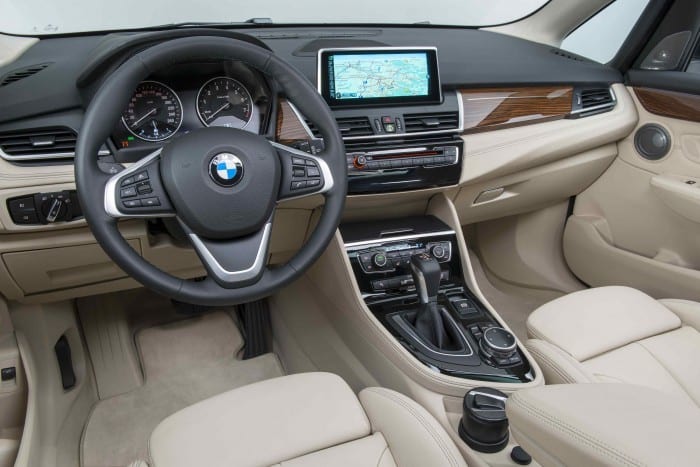 Underneath the Active Tourer was newly developed, with BMW purportedly employing “extensive measures” to retain the handling prowess its cars are known for. They’ll even be offering an M Sport package and the car can be had with a system that enables the tuning of chassis characteristics. 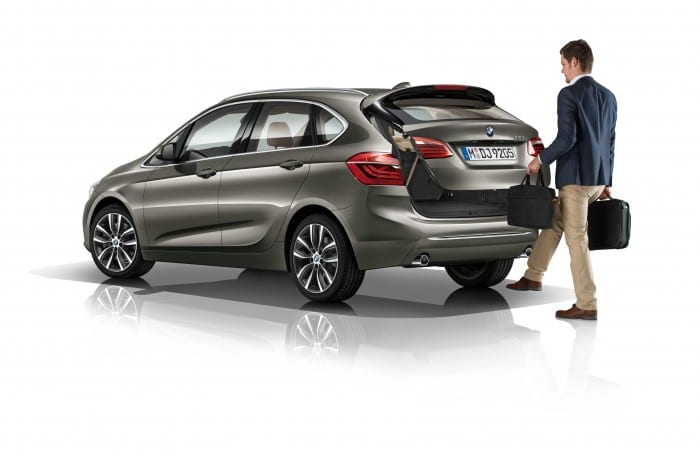 Front interior quarters look as snug and driver-centric as every other BMW. This one promises a commanding drive height more akin to one of the X models. The media photography shows off some serious headspace. But we note that the middle rear passenger would have to have short legs to be comfortable. Those seats can be adjusted and folded in numerous ways. Convenience features will include an automatic tailgate with an Open Sesame function a la Ford Kuga. 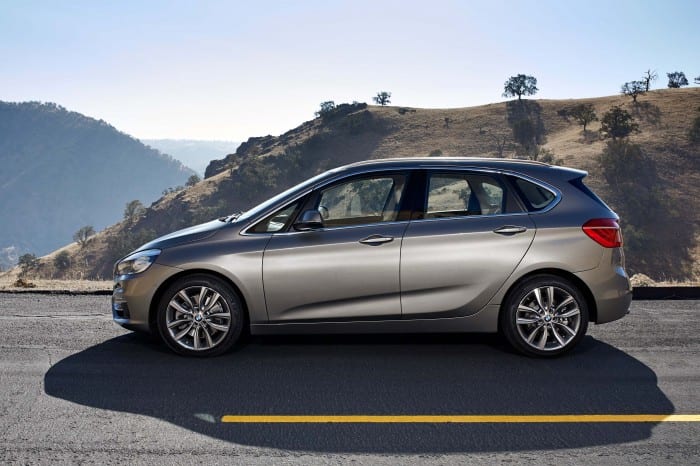 There are two sides to the coin. On one, it’s pretty ballsy of BMW to release something that ditches all we’ve expected from their stable. And on the other side it remains to be seen how the public reacts. And how this might affect sales of the baby X1. Interesting times indeed.