As BMW cancels niche models and prepares to release new ones, it’s in the middle of a transformative restructuring process that will allegedly force many enthusiast-approved nameplates out of its line-up. American magazine Automobile claims BMW Group is set to slash its model range after the car division’s earnings fell 22 per cent last year. A report claims the firm will discontinue slow-selling models from its range to significantly trim its operating expenses during the 2020s.

The models that have been put under the microscope include the costly-to-build rear-drive small cars like the 2 Series and, in a move that may deliver a shock to BMW’s sales figures, the entry-level but high-volume versions of the 3 Series. BMW management has canceled the convertible version of the 2 Series, the standard-wheelbase 7 Series, the X2, the coupe and convertible variants of the 8 Series, and the next-generation Z4. We knew that some of these cars were living on borrowed time. The topless 2 Series competes in a steadily shrinking segment of the market, and it overlaps with the Z4, which BMW released in 2018 after a lengthy development process twinned with Toyota’s born-again Supra program. We don’t think anyone will notice if the standard-wheelbase 7 Series goes away. The groundbreaking i3 and i8 innovation models will also be axed, and though BMW hints there are replacements for both, they won’t be even remotely like-for-like.

The i8’s replacement, code-named i12 so far, will be based around the current car, but will be shorter, lighter and more powerful. Also slated for a 2022 debut, the i12 will use a 150kW electric motor, the gruntiest version of the 2.0-litre, turbocharged four-cylinder petrol BMW motor. Regardless, it won’t be the grunter the proposed i8M or i9 models were going to be, falling at least 200 horsepower short of both proposals, but it will be cheaper to develop, which seems important at BMW nowadays. 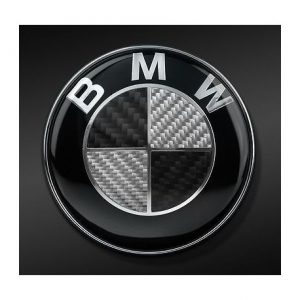 The surge in big SUVs will continue, with the X7 locked down and the BMW board approving a large X8 coupe crossover (which should look nothing like the X7), while the 8 Series will continue after this model cycle as a four-door coupe only.

The surge in big SUVs will continue, with the X7 locked down and the BMW board approving a large X8 coupe crossover (which should look nothing like the X7), while the 8 Series will continue after this model cycle as a four-door coupe only. With that said, the report emerged a little over a month after BMW CEO Harald Krueger announced plans to resign on August 15. His successor, manufacturing guru Oliver Zipse, was appointed with instructions to help the automaker keep up with rivals by accelerating its tech offensive, a process that promises to be costly and time consuming. Drastic changes wouldn’t be entirely surprising.