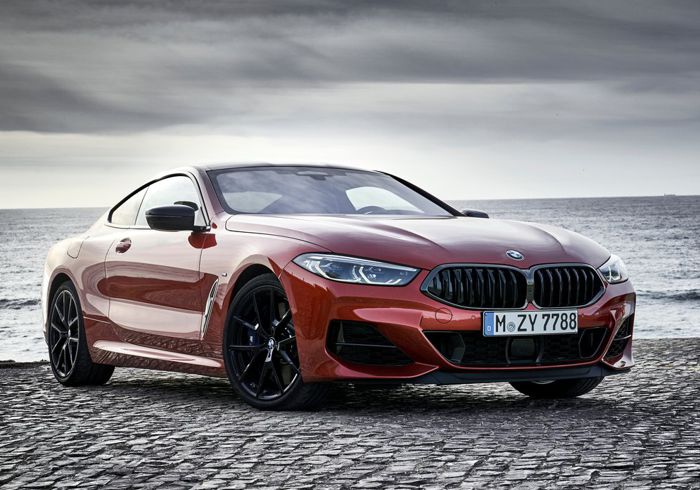 I haven’t had the pleasure of taking this beast for a spin, but it has had a lot of tongues wagging. The BMW 8 Series debuted its return in 2018 after almost 20 years. Arguably the most anticipated return in BMW history, the 8 Series finally made a comeback for the 2019 model year.

Developed initially to replace the 6 Series, the 8 Series is more modern, sportier and places BMW in a league to compete against the Mercedes Benz S-Class Coupe. That opportunity has arrived in the form of the BMW M8. The high-performance version will be offered in coupe and convertible form.

The new BMW 8 Series Gran Coupe is the only model in its segment taken directly from a two-door sports car. The 2020 M8 doesn’t venture far from the common 8 Series looks. However, there are those minor differences between the two models, mainly because the M8 is, well, an M car. Its sporty characteristics have been dialed up a notch with a small number of aerodynamic bits and pieces that have been put in place to give the grand tourer a sleeker and more streamlined look and more importantly to further enhance the model’s performance capabilities. 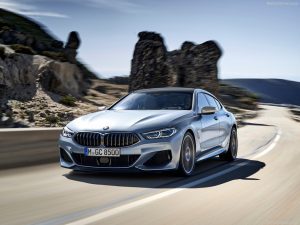 A sports car of typical character as well as its distinctive proportions, the design of the new BMW 8 Series Gran Coupe’s flanks and rear end also clearly distinguishes it from its 8-Series stable mates. The Gran Coupes front section is identical to the 8 Series Coupe’s design up to a point where the A-pillars start.

The combination of precision and expansive surfaces that runs through the BMW’s brand-new design language helps the exterior of the new BMW 8-Series Gran Coupe to strike an unequaled balance between dynamism and elegance. The headlights look decently aggressive. The unmistakable BMW kidney grille is massive in size yet uniquely distinctive in its layout.

A “standard” M8 Coupe or M8 Convertible comes with 600 horsepower and 553 pound-feet of torque. Now the M8 Competition comes with identical torque numbers, but the output is bumped up to 617 horsepower making it more powerful than any grand tourer currently in the market. The M8 Competition delivers more horsepower than the Aston Martin DB11, the Mercedes-AMG S 63 Coupe, the Porsche Panamera Turbo and the McLaren GT. What a beast!

The M8 is obviously the bigger news ere. Not only because it will be the first 8 Series with the M badge, but also because BMW is in dire need of a performance orientated grand tourer. The M8 is BMW’s rightful challenger in this extremely demanding niche market and from the looks of things, it has exactly what it takes to change the balance of power in this competitive segment.