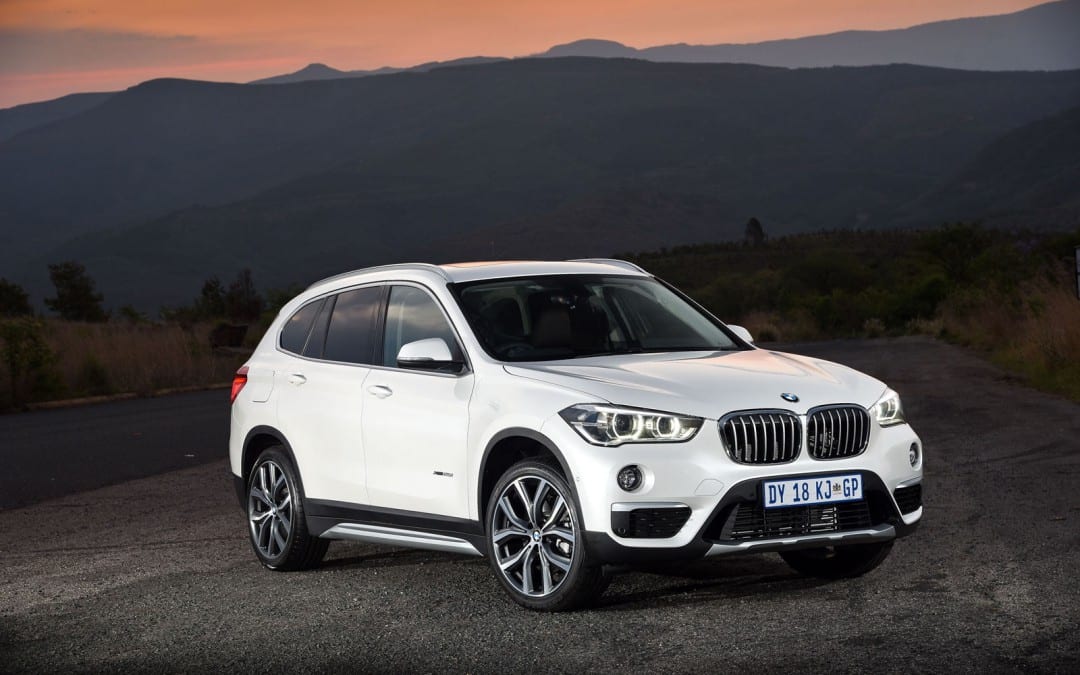 After a six year production run amounting to more than 730 000 units, the time has come for a new generation of BMW’s X1 compact crossover. When it arrived back in 2009, the first-generation X1 had the run of its market segment, but both Audi and Mercedes-Benz have since introduced strong opponents with their Q3 and GLA ranges. Lexus is a new arrival to this fray with their NX, and Infiniti is soon to follow with an interpretation of their own. And now, after a complete re-think, the X1 is back to take on these upstarts with a taste of their own medicine.

One of the things all the newcomers have in common is their front wheel drive-based architecture, in contrast to the old X1’s BMW-traditional rear wheel drive-based layout. While this arrangement turned the old car into the driver’s choice in its segment, it did so at the expense of packaging efficiency (one of FWD’s major advantages). But the engineers have finally relented: in their quest for cabin space, reduced emissions and improved performance, the X1 has finally changed over to a FWD platform. Fortunately, it’s a good base, being shared with the latest Minis and the 2-series Active Tourer, and as a result, the new X1 is also bit of a treat. 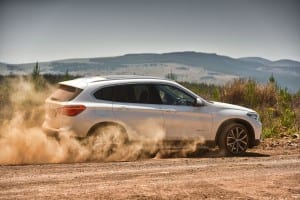 The biggest improvement comes inside the cabin, where the FWD-based configuration allows for heaps more cabin- and boot space. The new X1 is shorter than before, but because it’s wider and taller (and because the engine and gearbox live up front in the car’s nose) there’s more room for feet, legs, heads and elbows all round. The altered configuration also does wonders for the X1’s proportions, and gives it a squat stance with a lot more presence than before. Most importantly, the new style also ties in with the other BMW SUVs in terms of surface treatment and lighting details.

It’s still a BMW X-car, which means that some form of all wheel drive has to be available. In this case, it’s an on-demand system with electronic control over the engagement of drive to the rear axle: as soon as the computers sense a loss of traction on the front wheels, it engages the clutches and sends torque to the rear wheels. (The old X1 featured a full-time AWD system with adaptive torque distribution, as used in the larger X-cars). It’s doubtful whether this change in AWD system will matter much to buyers, as they’re both equally adept at handling occasional dirt roads and slippery surfaces. 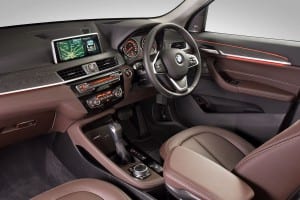 The important thing is that the new X1 is genuinely good to drive, switch to its drivetrain layout notwithstanding. It hangs on gamely through corners, subtly shifting its power to the rear if the torquey engine overpowers the front wheels, and generally behaves more like a hot hatch than like a small crossover. This dynamic prowess comes at some cost to its ride compliance – the ride quality is firm but well-damped on fair surfaces, but rough roads can make it go a bit ragged.

It stays sure-footed through it all and even allows the driver to indulge in some Colin McRae rally fantasies on gravel roads, but comfort does take a hammering on very uneven surfaces. Then again, it’s unlikely that many X1 buyers will ever take them very far from the tarmac, which means that the suspension tuning is actually fairly close to spot-on for its natural habitat and its typical buyers. 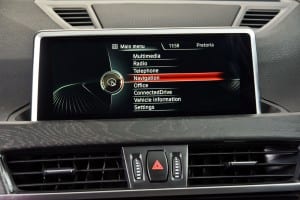 Two 2.0-litre turbo charged four cylinder engines are on offer at launch (one petrol and one diesel), with the petrol unit tuned for two power outputs: xDrive20i (141 kW/280 Nm) and xDrive25i (170 kW/350 Nm). These engines, as well as the diesel-powered xDrive20d (140 kW/400 Nm), are available only with a smooth-shifting 8-speed automatic gearbox. FWD versions (sDrive20i, sDrive 20d, and 3-cylinder sDrive18i) will follow in 2016, along with a few manual-transmission variants.

Being a modern-day BMW, the new X1 features an iDrive multimedia system and a colour display mounted in the middle of the dashboard, with a rotary controller near the gear selector. BMW ConnectedDrive is included, which gives the car its own data connection through a built-in SIM card and makes automatic emergency calls in the event of an accident, among its many talents. There’s even a concierge service to make your bookings at hotels and restaurants, turning the car into an extension of both your home and office. 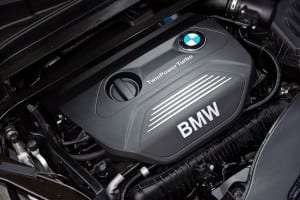 As with all German cars, the really nice toys are optional, and can quickly send the prices sky-high. Available options include satellite navigation, a head-up display system, active cruise control with stop-and-go functionality, lane departure warning, dynamic dampers and full-LED lights. The basic cars are by no means sparsely equipped, but the wide array of personalisation options, colour, trim packages and extras will allow buyers to order a car built exactly according their preferences – provided they can afford the growth of those already-substantial price tags.

The new X1 is good-looking, fun to drive, practical and carries that all-important premium badge. Whether buyers would even recognise the massive paradigm shift (for BMW) in its new FWD-based design is open to debate, but they will definitely appreciate the added usability afforded by the changes. With more space and more features, the new X1 appears set to fight back for dominance in the market segment it pioneered not so long ago. 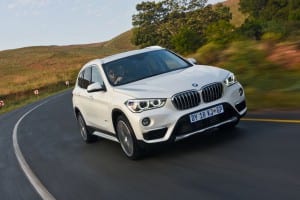