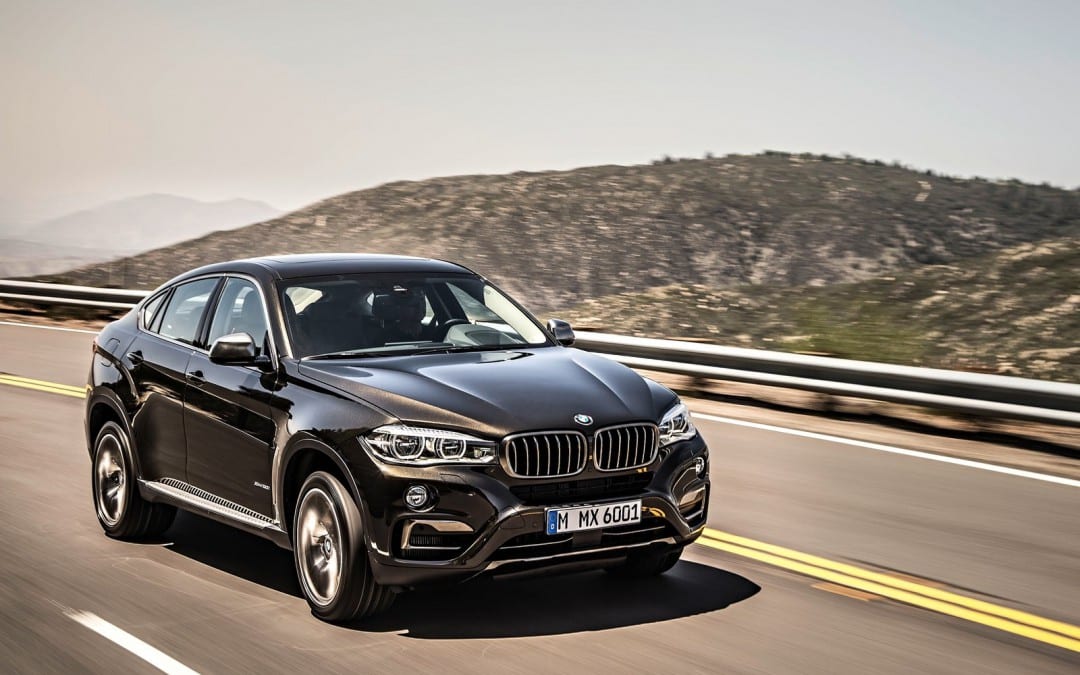 Mob enforcers and presidential cavalcade drivers the world over are breathing a collective sigh of relief, for their favourite car has just been succeeded by a new version. As before, the new BMW X6 is based on the oily bits of the large X5 quasi-off roader, with a coupé-like profile at the cost of interior space. It is a fair bit more practical than the old one, mind you, with more room all-round and a slightly larger glass-house affording a marginally better view to the outside. 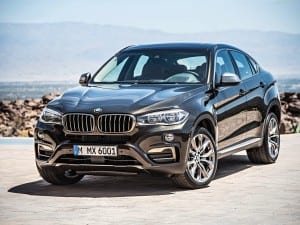 While the first-generation X6 (of which more than 250 000 were sold world-wide) made a strong anti-social statement with its bulging fenders and snarling front end, the new one strikes a slightly more subdued pose. The overall appearance is a little less intimidating this time around, and with a front end lifted practically as-is from the latest-generation X5, it’s certainly looks less individualistic than its predecessor.

Not that anyone could accuse the X6 of being subdued in any other way: it’s still a very large car, with an imposing presence reinforced by huge, low-profile tyres that had loads of road grip and almost no off-road ability. It might stand high and proud, but the X6 is no rock-crawler…

Its lack of genuine off-road prowess doesn’t matter much, however. With this much power at your disposal and sporting handling dynamics to carry your speed through the corners (quite unusual for anything this high and heavy), the new X6 is a surprising hoot to drive. Sure, there’s some body-roll and the steering lacks real feedback, but the novelty of piloting an apartment building, at hugely improbable speeds, never wears off. 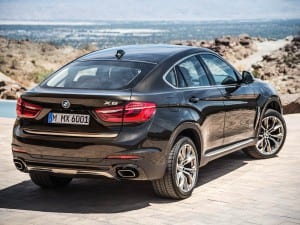 Motive power is supplied by a choice of four engines, all mated to ZF’s routinely excellent 8-speed autobox and BMW’s xDrive all-wheel drive system. All engines are turbocharged to some degree: the entry-level xDrive35i variant uses BMW’s mainstay single-turbo 3.0-litre six cylinder petrol for 225 kW and 400 Nm, while the two diesels have two- or three turbochargers respectively, delivering 230 kW and 630 Nm in the “40d”, and 280 kW and 740 Nm in the range-topping “M50d”. A 4.4-litre twin-turbo V8 with 330kW and 650 Nm in the “50i” rounds out the range. With this kind of power at its disposal, the X6 xDrive50i M-Sport is quicker than most hot hatches, rocketing from standstill to 100 km/h in 4.8 seconds on the way to a governed top speed of 250 km/h.

All that power means nothing if the car can’t handle it, mind you. Happily, BMW also paid attention to the suspension design, resulting in improved handling compared to the previous X6, a much smoother ride quality and some weight savings. Adaptive damping is optional, and is probably a necessary tick on the order form if you’re keen on any of the larger available rim sizes.

Speaking of options, there are many clever things available on the specification sheet: a top-view camera system and upgraded sound system are really nice to have, and the side-view camera and adaptive cruise control are handy their own right. When we get to the really awesome toys like the night-vision system and adaptive LED headlights, it becomes easy to see why it’s plausible that a nicely specified X6 could cost R200 000 over list price. Base prices range between R947 000 (for the X6 xDrive35i) and an eye-watering R1 327 000 (for the X6 M50d), even before those nice extras get added on. 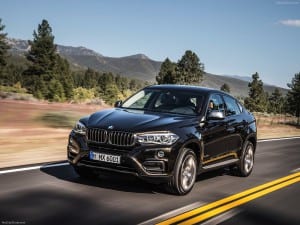 It’s business as usual for the BMW X6, then. More of the same, but improved where it really matters. It might look slightly less confrontational, but it’s a bit more usable. It still handles with a flair that takes you by surprise, yet it rides so much better. Add BMW’s industry-leading ConnectedDrive functionality and the exclusivity ensured by the elevated purchase price and the premium badge on its nose, and the success of the latest BMW X6 is guaranteed. – Martin Pretorius