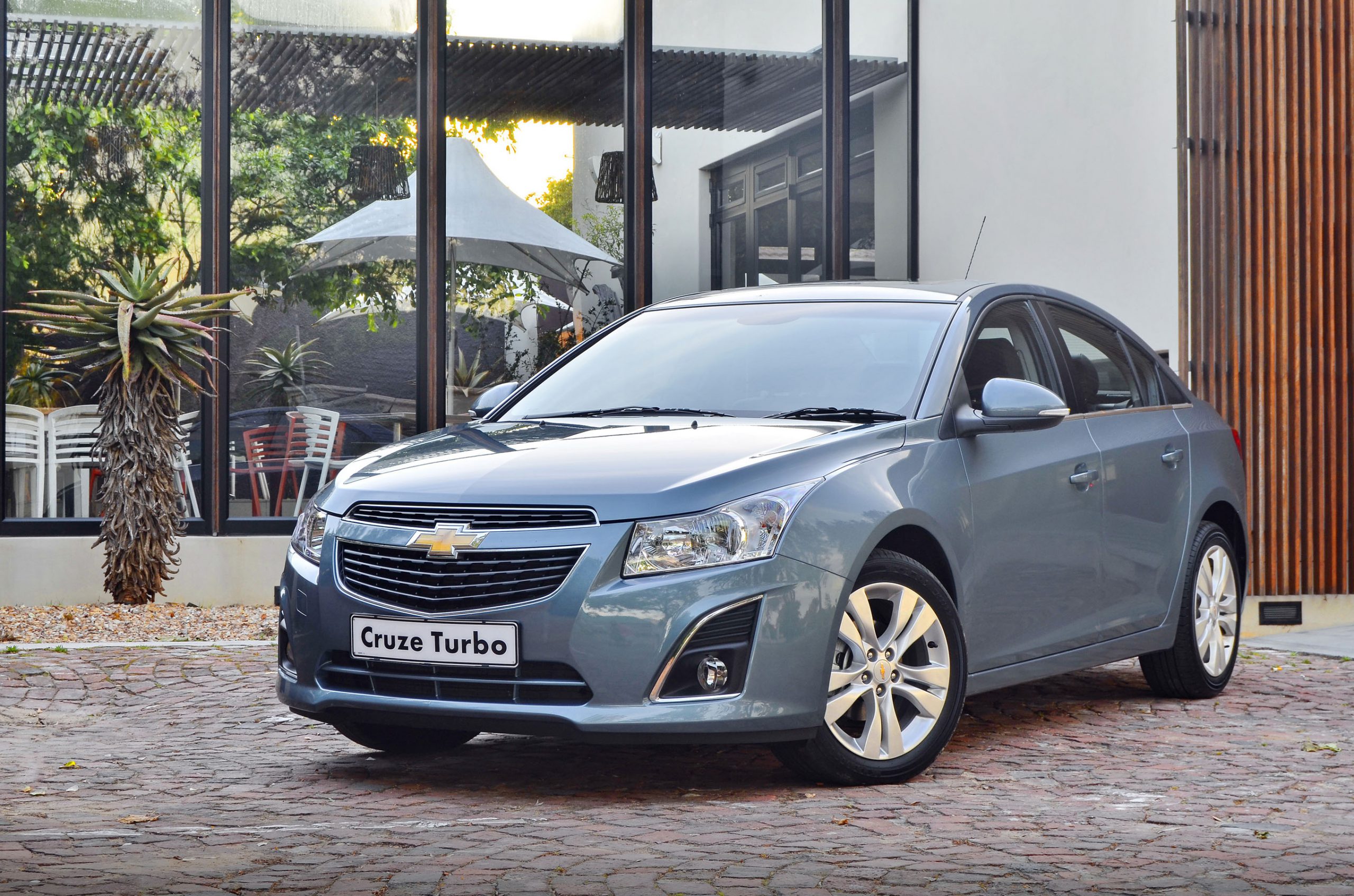 The Cruze is something of a saviour. It played a role in lifting the once beleaguered automaker out of the mire; where bankruptcy seemed inevitable.

Since introduction around 2.5 million buyers have opted for the medium-sized saloon. Chevrolet made no bones about the fact that it was an exercise in fusion cooking. The Cruze was engineered to appeal to global palates, not solely to their domestic market where meaty, eight-cylinder offerings are favoured.

For the 2014 model year changes are minor. But the most significant is under the hood: a turbocharged engine has been gained. We drove it at the launch in Port Elizabeth last week. 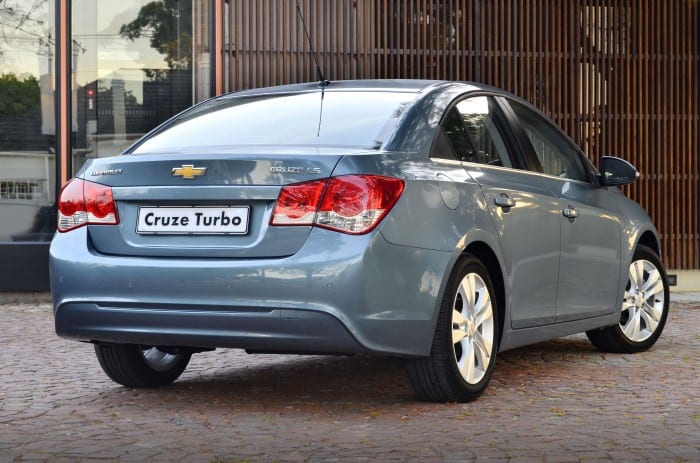 The normally-aspirated 1.8-litre engine has been shelved in favour of a boosted mill from the General Motors parts inventory.  It’s the 1.4-litre source familiar in models like the Opel Meriva and Astra. And it’s going to feature in forthcoming offerings like the Sonic RS.

Despite the decrease in capacity, it only produces 1kW less than the outgoing version. There’s more torque as well. And because it’s got the assistance of forced induction, performance at Johannesburg’s altitudes will be tangibly more effusive. Economy has gotten better too, with claimed figures being 5.8l/100km versus 7.1l/100km.

A stop-start function has been rolled-out as standard, it can be deactivated by means of a switch. And this Cruze is bestowed with the title of being the first turbocharged petrol Chevrolet to be offered in South Africa. 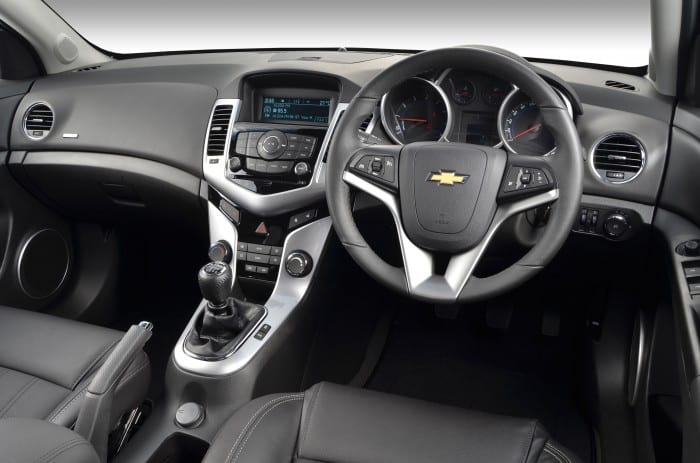 It still does exactly what it says on the rear. And we cruised along for more than 400 kilometres in the newcomer, through the freeways and verdant twisty sections of the Eastern Cape.

That turbocharged engine propels the Astra and Meriva with fizz. In the Cruze, it relays a gentle shove when you’re taking off from the traffic lights. On the open road, however, shifting down to fourth and fifth for overtaking reveals some flat spots.

But it’s good at lapping up the tarmac in a breezy, fuss-free manner: a virtue that makes it a hit in company fleets and rental stables. With the cruise control set to the national limit, it goes about its job happily. Yes, it’s palpably less sharper than its cousin from Opel. But it’s also cheaper. 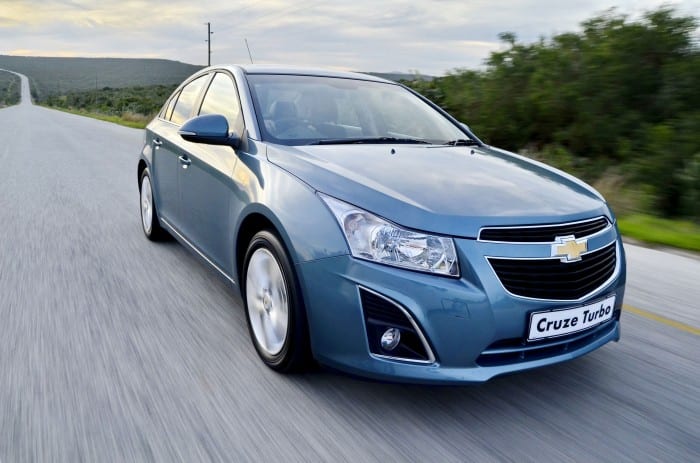 The one-touch electric window feature benefits front passenger too, on this 2014 model year Cruze. Electronic Stability Programme (ESP) has been thrown in on the entry-level model. And finally, the side mirrors get indicator lamps.

Changes are minor, but it still scores high on the value scale, with this LS-grade model boasting all the essentials and then some. The options list is short, with a sunroof (R6000), leather upholstery (R9000) and a package with park distance control and dual-zone climate control (R3000).

Chevrolet used to offer an automatic transmission with the 1.8-litre derivative. But since that’s been canned, you’ll have to go for the top-tier diesel version (R296 200) if it’s two pedals you seek. 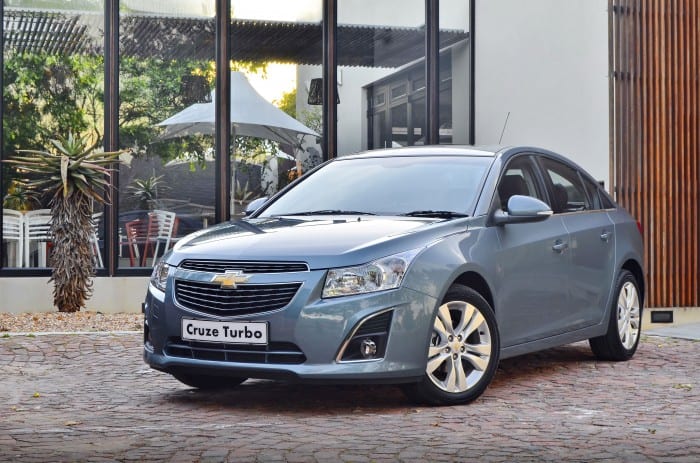 This new engine is available in both hatchback and sedan variants. You’ll pay R242 100 for the 1.4 LS hatchback while its booted, boosted sister also in middle-range LS guise goes for R244 700.

The rationale behind the very slight price disparity is simple. Chevrolet’s marketing folks explained that money shouldn’t affect buyers’ tastes – and that the public should have the body-style they prefer.

It’s a good decision; fitting this mill into the successful sedan. That 1.8-litre it replaces was an asthmatic piece of machinery – something we noted when we drove the Cruze back in 2010.

The Cruze is still a good alternative in this vanilla-flavoured sedan segment. And it makes a strong argument in the face of models like theToyota Corolla and Volkswagen Jetta.