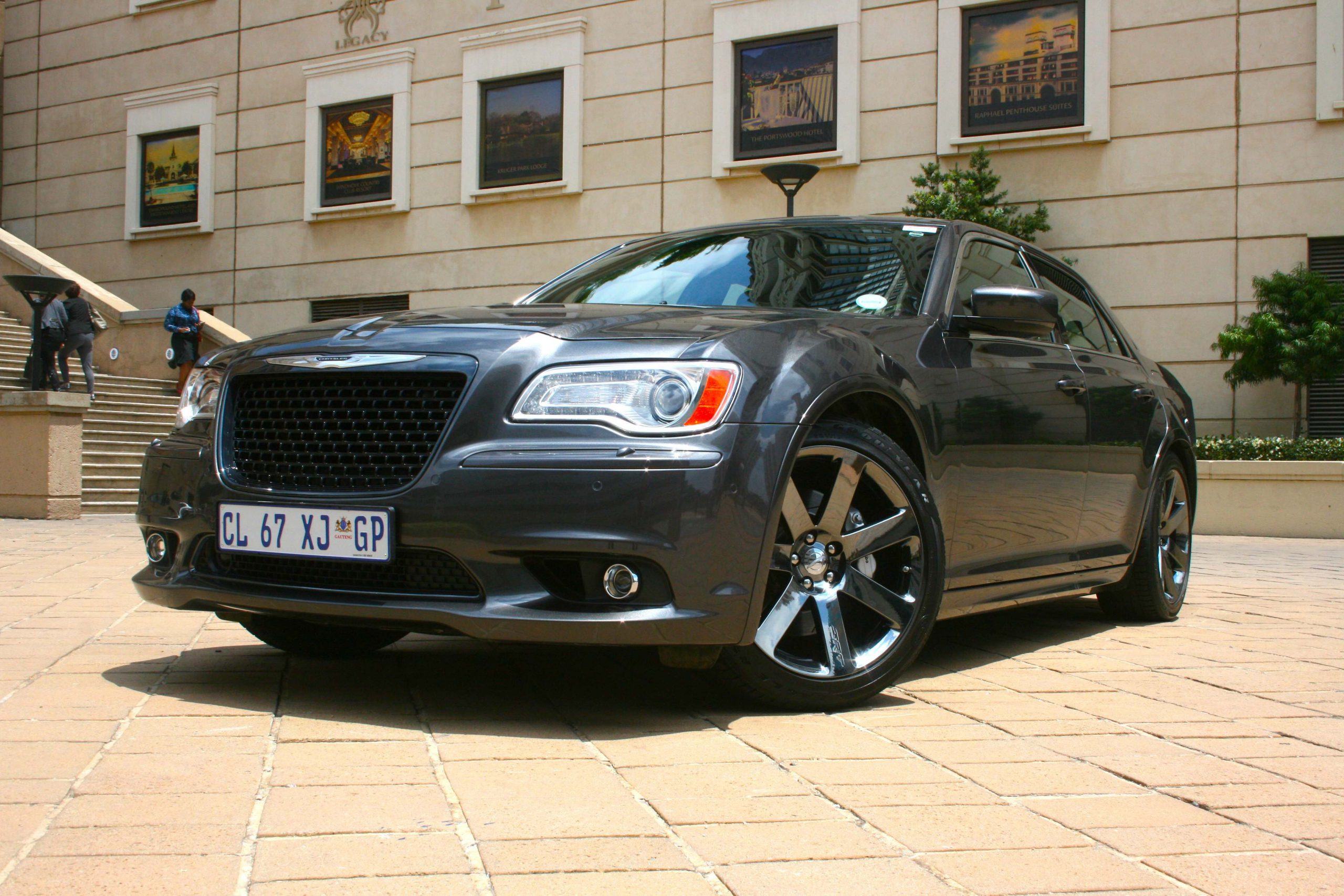 Making the transformation from nerd to venerable bad boy is easy. The first step is buying a leather jacket. Brown should be avoided, unless you want to look like our dear President.

Your second task is acquiring the right car. What you need is something lengthy, with ample brawn and a soundtrack to scare the birds. A newfangled crossover simply will not do. Too pansy.

Swagger into the Chrysler dealership and look at the 300C SRT8. The ladies will swoon, your nemeses will shiver and your street-credibility rating will shoot through the roof. 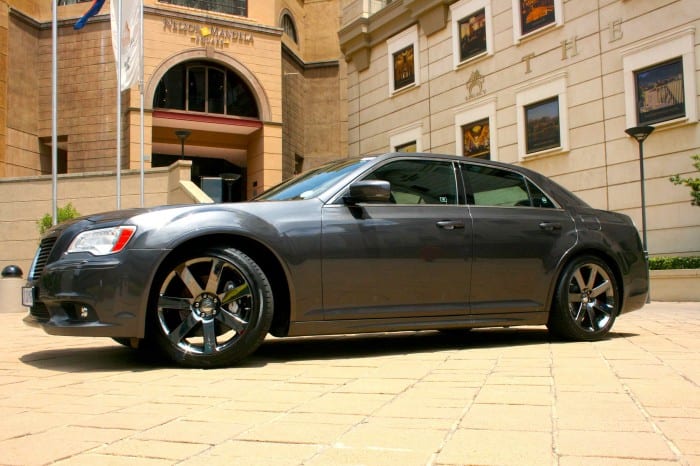 Chrysler set out to create a car for the nefarious fraternities of the world. And even though this new model might have been advertised as being more grown-up, it’s still shamelessly gangster.

The 300C is plenty of real estate. Everything is big. Right from those glossy black chrome wheels, to its slanted back and squared face. Slim window apertures keep prying eyes out and it exudes a menacing air.

In SRT guise it benefits from a host of added bling. Bigger chrome pipes could conveniently disguise shotguns at the rear. Suddenly you’ll find other drivers offering gaps in traffic. And nobody dare creep close to the Chrysler’s tail. It’s a sinister beast that instils fear. A muscle car should be like a meal of steak and chips: simple, old fashioned and satisfying. The SRT8 does feel like its indulged on too many heavy meals. But it has a large heart to compensate.

Few problems go  unsolved when you have the grunt of a fat V8 at your disposal. This lump propels the bearish Chrysler towards the horizon with drama. You can feel it grafting hard to defy the laws of physics: the HEMI mill is encumbered with the task of shifting plenty of weight. But it manages well.

But you cannot expect the poise or precision of a German alternative. Models like the BMW 550i and Audi S6 ditch the steak simplicity. Those are more exquisite, complicated dishes to be eaten delicately with a knife and fork. You have to really use your hands to grapple this American brute.

He squirms under heavy acceleration. You can feel the tail wriggling through the steering. It’s much like holding an angry hamster. Disengaging the traction control will test your reflexes. Inducing sideways action doesn’t take much. Playstation-style burnouts are provoked with ease.

But despite the large wheels and massive engine upfront, the drive is leisurely. This is an authentic cruiser. At freeways speeds you might want more communication and weight from the steering, which relays a floaty sense that grows unnerving especially in rainy weather. 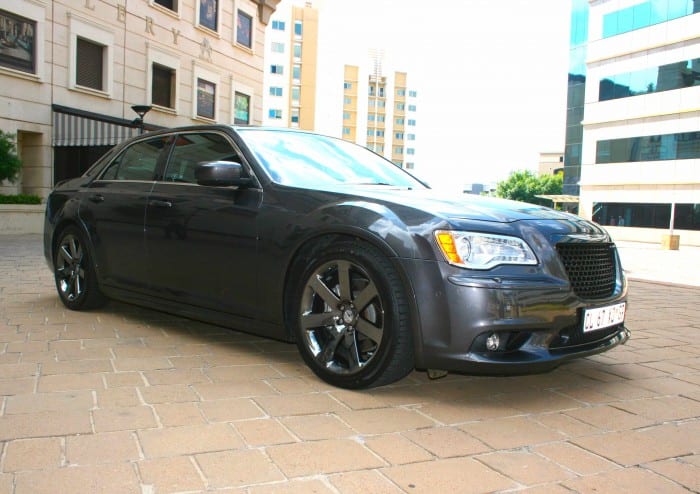 It begins to look like a bargain when you scan the specifications list. Chrysler and Dodge have always been good at offering plenty of standard kit. This is no different.

You will easily spend an additional R100 000 or more, to equip an equivalent German rival with the same amount of toys this has.

The Chrysler has ventilated seats – because they knew you would get hot in that leather jacket. Real carbon fibre inlays are an exciting touch. Leather wraps the dashboard and door panels. Even the rear passengers benefit from seat heating.

Also included is the UConnect digital interface. The touchscreen resolution is grainy, giving it a dated look. It isn’t as sensitive to inputs as you’d like it to be either. Finally, Chrysler throws in a navigation system which has a mind of its own and got this scribe lost on a few occasions. 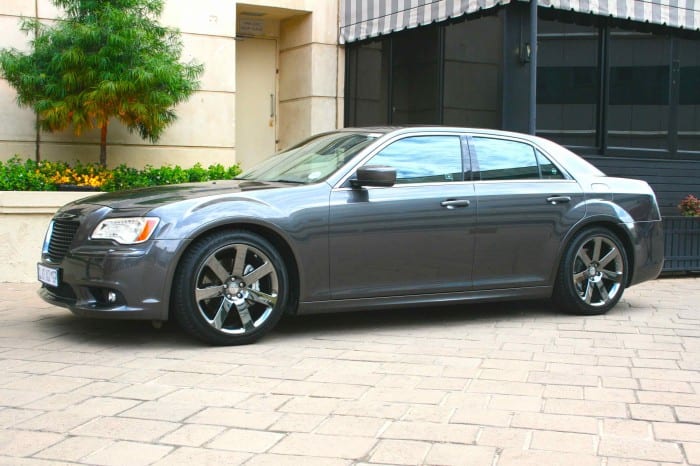 A steal at the price

It isn’t cheap – that’s for sure. But this Chrysler 300C SRT8 is probably the best-equipped, most thrilling new car you can buy for under R700 000.

And it looks more expensive than it is. Parked outside The Michealangelo in Sandton, alongside exotica costing twice and thrice as much, the ballsy American didn’t look out of place and turned as many heads.

This is one for the bad boys, for buyers seeking something a little different in the serious executive saloon segment dominated by the Teutonic titans.