Last week we spent time with the roofless Citroen DS3, an arrival timeous with summer. And while this isn’t an authentic drop-top – it retains its B and C pillars – the  stylish French model laid on a thick helping of charm. We’ll call a spade a spade: the new Cabrio is essentially a standard DS3 which underwent surgery with a can-opener and had a fabric mat substituted for the metal bit.

There are merits to this. Because of its fixed pillars, your pricey hairdo isn’t going to look like a pigeon’s nest after a stint with the top down. Secondly, there’s an air of security at swifter paces and you can also shed or fasten the electronic top up at speeds up to 120km/h.

On the downside, the massive fabric roof, when folded all the way back obscures rear vision. Our test model was also plagued with unnerving jamming issues: not fun in the face of impending rain. Buyers in want of the full open-air experience may be swayed towards the alternatives. 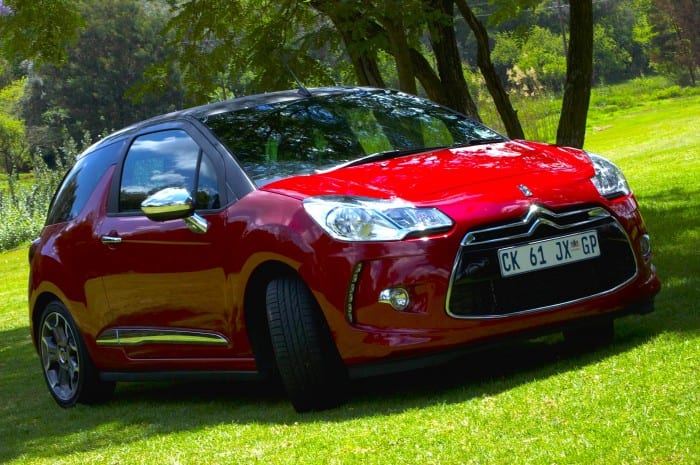 Driving In the Moonlight

The DS3 is a fun drive in standard format and the novelty of having the sky as your roof makes it better.  Because it loses none of the rigidity that comes with chopping the pillars off, this Cabrio still feels assuringly solid and composed.

Its 1.6-litre turbocharged engine – which you’ll know in applications like the Mini Cooper S and Peugeot 208 GTi – is praiseworthy. A bubbly character and ample overtaking punch even in sixth gear on the freeway makes gaining momentum easy. And there’s the pocket-pleasing economy side too; best of all you don’t have to play the hypermile game to enjoy it.

As is the case with the rest of its DS3 siblings, the six-speed transmission is sloppy and indirect. Working it is akin to stirring your pot of morning Jungle Oats and we do wish they’d sort this out in future models. It’s the fly in what is otherwise really good ointment. 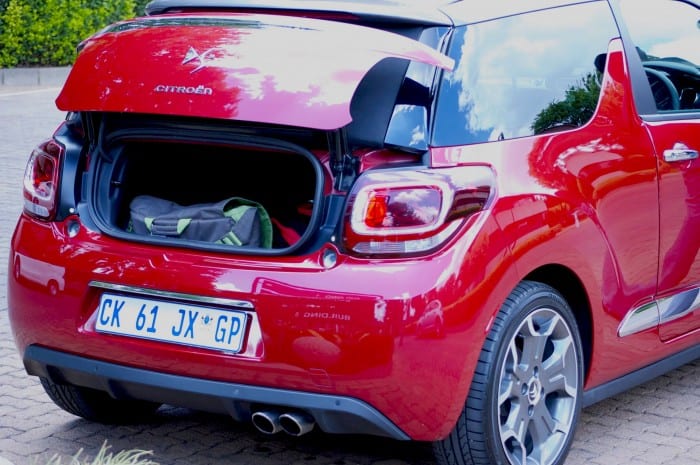 French carmakers have been trying in recent years to erode stigmas around build quality and reliability.  And since my days of owning a Renault Modus, it’s been a while since I’ve encountered a French car with dodgy tendencies. But our week with the Citroen was marred with some oddities.

They were mostly attributed to the roof. It jammed as the fleet manager tried to give a demonstration. Apparently a child had thrown an object which lodged itself in the roof panel. When the top was partially opened, there were many dubious creaks and rattles.

But there’s plenty of standard kit in this range-topping Cabrio. Add R10 950 and you get a touchscreen display – which is on the fiddly side – with navigation. It also has climate control, two-tone leather upholstery and satellite steering buttons. Overall finishes are classy and assembly seems good. But that roof mechanism is our abiding memory. 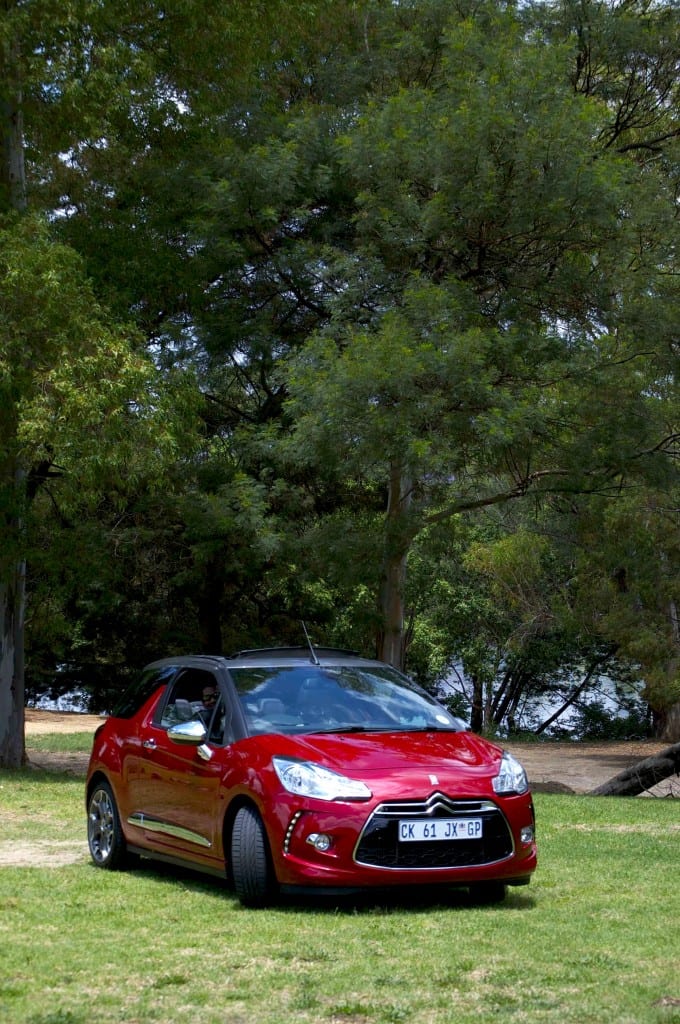 If you’re comparing the entry-level Cabrio (R199 990) derivative to its Fiat 500C rival, the Citroen certainly seems more substantial. But you’d have to be a real fan to opt for the top-tier version tested here, which rings in at just over R300 000.

Interestingly, we’ve seen certain Citroen dealerships offering this model – with some demonstration mileage – for at least R20 000 less than new list price. So if you’re really keen to have one, save a bit of money and opt for one of those deals.

The DS3 Cabrio is charming, enjoyable to drive and boasts style by the bucket-load. But then there are many other similarly-priced roofless products in this segment, which would probably offer a happier experience in the long-run, considering factors like depreciation and maintenance.