Climb To The Top in The New Renault Kwid Climber 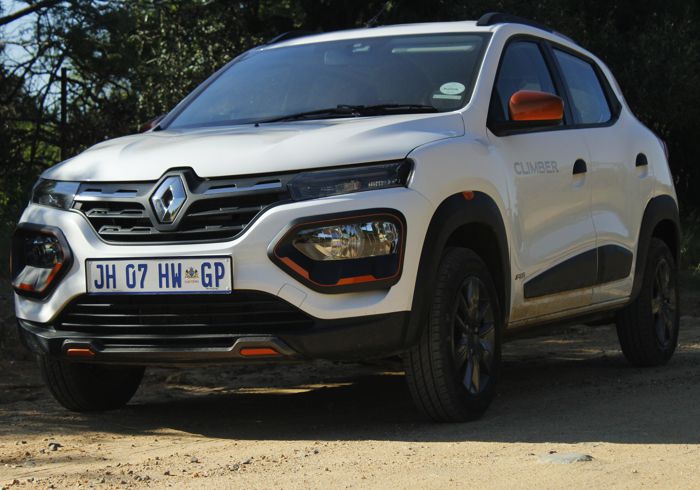 It does not accelerate from 0-100km/h in five seconds, neither does it handle like it is on railway tracks – but it is easy to drive. Highly practical and boasting above-par specifications, the Renault Kwid Climber is also fun to drive. Impressed by its versatility, peppy performance, and sterling fuel efficiency. Likewise, the extent of its robust build quality: standing-up to the harshest driving conditions both weather and road.

Tackling a water-logged dirt road, with sections that reminded me of an unearthed ancient Egyptian archaeological excavation and a cross-wind torrential down-pour. The Kwid Climber is not a long-distance tourer, however, withstanding the apocalyptic cloud-burst throughout our two-hour journey. The Kwid’s 50kw, 999cc, 3-cylinder, 5-speed drivetrain demonstrated remarkable resilience against an unyielding flow of rushing water, which in its attempt to thwart our efforts on every incline, the three-potter little engine kept the 165/70 R14 tyres turning. With capabilities matched to its striking SUV resemblance, raised body-frame by way of a 180mm ground-clearance and putting metal to its name – are a gentle enchant that the Climber is a 4×4. The Climber’s ground-clearance was an advantage over heavily corrugated and deeply furrowed dirt-roads: rugged enough to reveal any rattles and flaws. But its sub-ton body-weight means the Climber treads lightly, traversing water submerged trenches and muddy patches without disruption. With small tyres and light steering you can zig-zag the Climber’s 2422mm wheelbase in between potholes. Despite the Climber’s rampant plastic interior, and the absence of utility areas and cupholders in the rear – pocket-strap bottle-holders in the arm-rest don’t count. The overall vibe of the cabin is effective and comfortable. A neatly stacked dashboard and centre-fascia mounted 22cm MediaNav Evolution touchscreen offers intuitive functionality, Bluetooth wireless connectivity, fast charging USB ports, AUX/USB audio ports, front-and-rear 12V power sockets and a reverse-camera – lavish the Climber’s budget status. Speaking of budget status, across the Kwid’s model range: the entry-level Expression, mid-range Dynamique and the top-of-the-range Climber feature SUV-styled headlamps with silver streak LED daytime running lights, LED imbued tail-lamps, electric windows, air-conditioning, and dual-airbags are standard across the Kwid range – as well as ABS/EBD.

Having come under heavy fire due to its lack of safety features and structural integrity – albeit an identical platform and body-frame. The introduction of airbags, bigger tyres and ABS/EBD elevates the Kwid’s value proposition. But it goes deeper…the number of post graduates, low-income earners, the self-employed and rising entrepreneurs identify immobility as their greatest obstacle to earning an income and achieving their goals. However, most South Africans, we feel our livelihoods are under constant threat by the escalating cost of living only to be exacerbated by the soaring price of fuel – inasmuch this does not imply driving around in a Rickshaw but rather down-scaling. “Okay fine!” But I still have to drop the kids at school, sit in bumper-to-bumper traffic on the way to work, avoid potholes from shredding my tyres, dodge a couple trolley-pushers and speeding taxi-drivers: a reality adept for the Kwid Climber. Moreover, at a price point of R164 900 – the Kwid Climber strikes the perfect balance between affordability and quality.