“Craters on the moon”-The poor condition of our roads 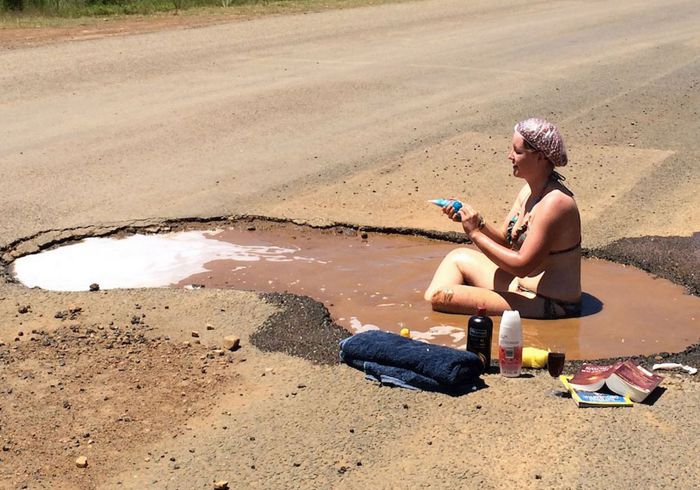 The conditions of South African roads are deteriorating more rapidly and are resulting in more and more accidents every day. This problem is worsening by the day and until government does something about it, motorist must keep paying the price…literally.

Potholes are the main cause of many accidents that occur on our roads daily. SA motorists have urged authorities countless times to do something about the bad road conditions, but instead of fixing them, they have put up signs warning motorists of the potholes ahead. If a motorist encounters a pothole even while doing the legal speed limit, their vehicle will still be damaged and affected and this could even result in serious injury.

What causes potholes? Most of the times we just notice huge holes or cracks on the roads, but we never really know how they got there.

So, does that mean our weather conditions are the cause of our bad road conditions? Not necessarily because that is not the only cause of the potholes. There are a few other structural causes like the quality of the materials used when building the roads, traffic loading as well as the environment. 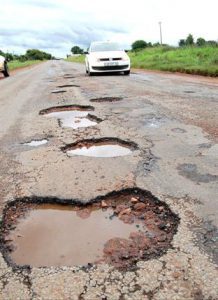 Our road conditions caused such alarm for our motorists that they were willing to go to extremes to get their cries heard. At one point there was a picture circulating on most social media platforms of a woman who had simply had it with the bad road conditions in her area. The picture showed the woman in a swimsuit and shower cap sitting almost waist deep in a pothole filled with water. With a rubber duck afloat, her shower gel and a glass of wine while she pretends to be taking a bath, she also managed to get her point across loud and clear. Are our roads so bad that a grown woman can sit waist deep in a pothole? And more importantly, why aren’t these roads being fixed?

The roads in Gauteng have been under serious scrutiny. In recent news reports it was said that in a space of 6 years, the amount of roads considered to be in ‘poor condition’ had escalated from 20 to 46%.

This is an issue that needs to be recommenced by the South African government and brought to their urgent attention. If they want to start a “countrywide pothole repair program” then it needs to be managed and ensured that it is always on track .

We are all at risk when it comes to potholes, whether you’re a motorist, cyclist or motorcyclist. Be it your daily commuting or a road trip, you need to be as wary as possible and it is also advisable to have your car serviced regularly and have it insured to avoid becoming a statistic.

Always buckle up, drive safe and be alert!