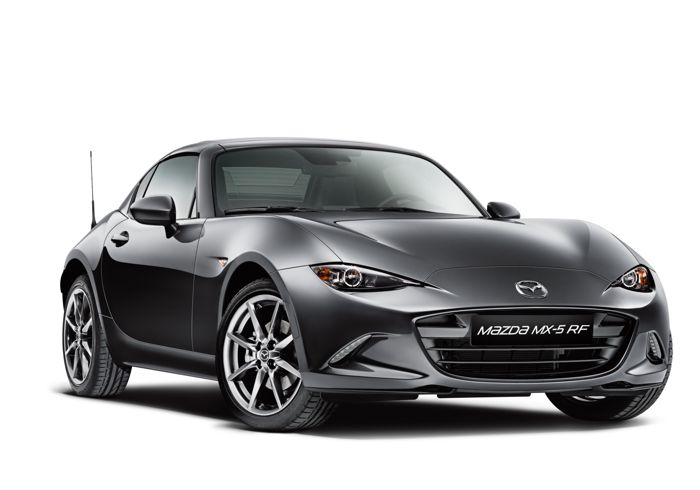 We were introduced to the Mazda MX-5 back in 2016 when it first landed here in SA, at the time, it was impressive from a styling and driving perspective. A year later the hard top RF was made its local debut. It’s been a good three years since we’ve had some one-on-one time with the little roadster, which is still very much in production, so we thought it was time to refamiliarize ourselves with the Mazda and see whether it’s retained its spark.

More than halfway into its lifecycle, and the Mazda is still as an eye-catching as it was when it first hit African soil. We can thank Mazda’s KODO design philosophy for this – smooth flowing lines and muscular bulges with wheels planted at each corner of the compact vehicle. The latter gives it go-kart-like driving characteristics.

Inside, the Mazda still feels as compressed as when we first put our backsides in it. It’s a tight fit, especially for taller folk, but becomes cosy once you’re accustomed to its lean volume. The tech in here may have sufficed half a decade ago, but when measuring it against more modern vehicles, things begin to look outdated – especially the infotainment system. Common features such as Apple CarPlay and Android Auto are foreign concepts in the MX-5 RF.

Set in their ways, Mazda has insisted on only using naturally aspirated engines in their vehicles and so it is in the MX-5 RF. It makes use of a 2.0-litre four-cylinder motor, which in the era of forced induction engines, feels lacking. To produce the desired performance when putting your foot down, the four-cylinder hangs onto gears for far too long, drowning you with the annoying noise of a screaming engine. Had the MX-5 been made available with a manual gearbox, its none-turbo engine would have been a lot easier to live with – it’s meant to be a driver’s car after all. Enough moaning, here’s what you’ll enjoy about Mazda’s Retractable Fastback.

Handling – call it a gecko or go-kart, this thing is a tonne of fun to drive. Each drive is spent anticipating the next crooked stretch of road, to unleash the Mazda’s ninja skills. With a low centre of gravity, short wheelbases, and a nicely weighted direct steering wheel, you rarely ever make use of the brake pedal, unless when needing to come to a complete stop. It turns in and keeps the chosen line without flinching, inspiring driver confidence. When the mood is just right, you can stow away the hardtop roof and enjoy the open air while scouting for the next bend to assault.

Mechanically the Mazda MX-5 RF was built to be driven and cannot be faulted in that area, bar the lack of a turbo. You are, however, left feeling as though other aspects of the vehicle have been neglected. When spending R550 000 you expect to have doors auto-locking doors, convenient storage for small items like keys and your mobile device, and lest we forget the boot which can only be opened using the key fob, and only when the engine is not running.

We hope the next generation MX-5 isn’t too far into the future, and even more so that the powers that be in Japan have been taking notes and improve on this otherwise fun and honest car.