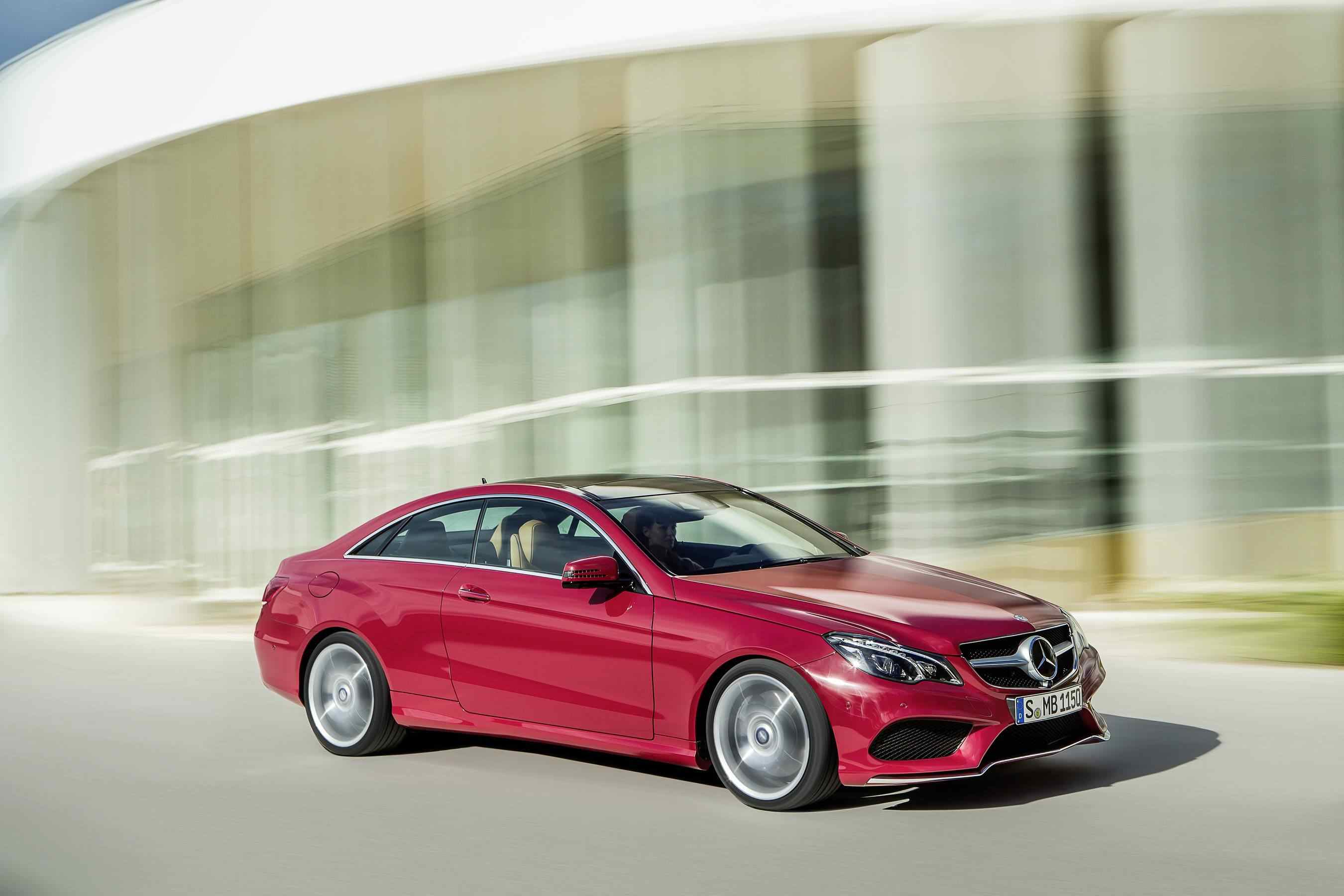 The latest generation E-class marks the end of an era for the dull and boring, corporate suit clad Mercedes-Benz E-class models of the past. 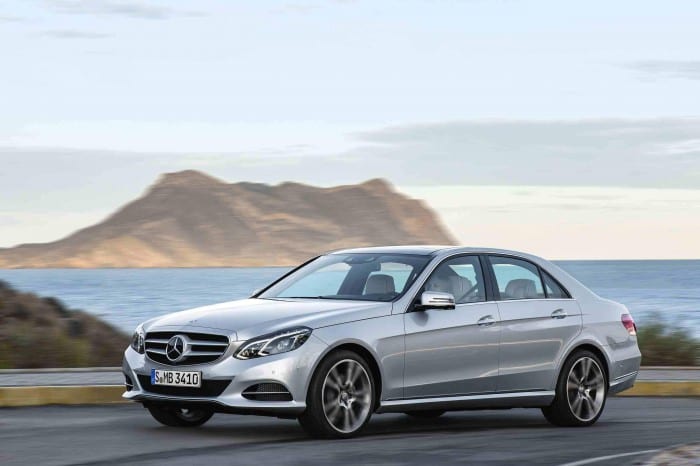 This is one of the most important models for the company. The refreshed E-class features a new front end, new proportions and redesigned tail lights. The headlamps with LED strips have been redesigned but still retain the four eyed look that is typical of past E-class models. The end result is an accomplished executive car that evokes adoration. Dressed in Avant-garde trim the car is even more exciting, than it is in standard elegance guise.

Some work has been done inside the bonnets and model line-up has been given a shake up. Sixteen variants are available in the model line-up, catering to everyone, from chairman to the chief executive.  With prices starting from R541 000 for the E200 up to R 1 396 604 for the beastly E63 AMG S, we doubt the chief whips will be happy with this democratisation of the model line-up.

Mercedes was keen on displaying the improved driving dynamics of the E-Class, and organised a trip to a Franschhoek airstrip. Here we took the various derivatives through their paces and armed to the teeth with sophisticated electronic aids, the cars manoeuvring talents revealed themselves. 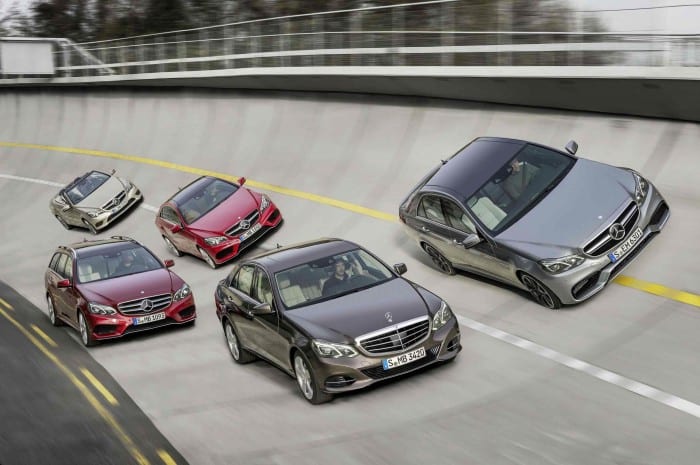 The eco-conscious sector is growing rapidly and Mercedes-Benz has been paying close attention. A first for the segment and the country is the E300 diesel hybrid producing 150KW and 500Nm of torque.  Claimed consumption is between 4.1 and 4.2 litres per 100km. Furthermore, there is an all new 3.0 litre 6- cylinder turbo, badged as the E400.

On launch we spent more time on the throttle of the E63 AMG slicing through the franschhoek pass. This bi-turbo V8 spews out a venomous 410Kw and 700Nm of torque, enabling it to accelerate from zero to 100km/h in 4.2 seconds before the limiter kicks in at 250km/h. If you want bragging rights, there’s an AMG package that takes the speed to 300km/h. Strangely the E63 AMG’s time on the throne is limited. An E63 AMG S will be arriving in September and its bi-turbo V8 engine will produce 430Kw and 800Nm of torque. 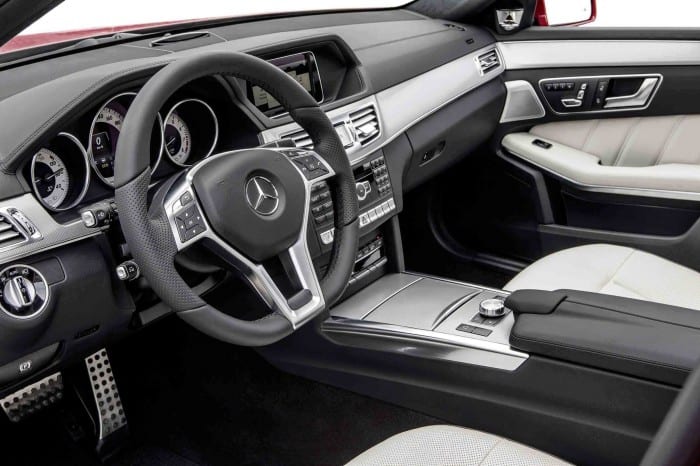 With two doors less the coupe gains a whole lot more style and with the cabriolets roof down the E-class has added appeal. The coupe and cabriolet are available with three engines from the sedan range; E250, E400 and E500. The E500 coupe and cabriolet justify why Mercedes-Benz has no plans of introducing an AMG version in the line-up. It’s potent and easily rivals the E63 AMG from zero to 100km/h.

A highlight in the model range is the revised lighting package with added sensors and camera’s that trace road markings. This works in conjunction with Mercedes-Benz’s trademarked cruise control technology Distronic plus, to detect objects in the event that the driver’s reactions are not quick enough. 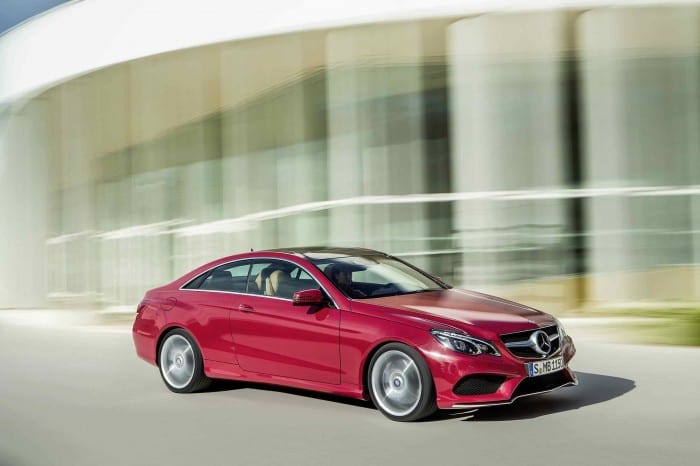 Tanyaradzwa Nyamajiyah writes for The New Age newspaper and attended the launch of the new E-Class.