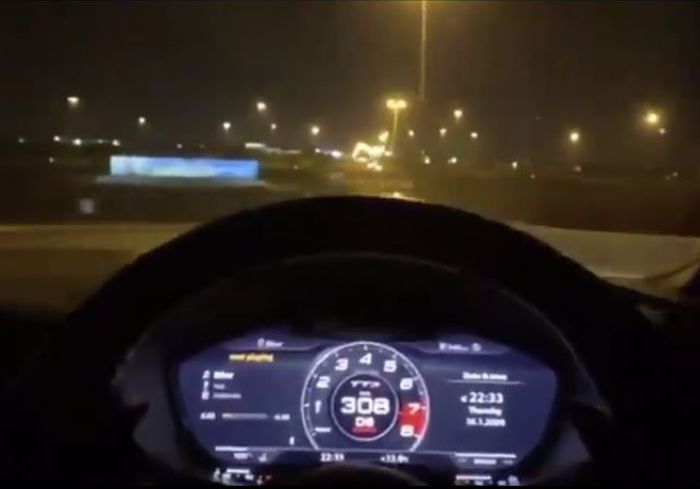 We had such a pleasant end to our year when it came to our road safety statistics. It was confirmed that the number of deaths and speeding fines had decreases significantly compared to previous years. But unfortunately, there will always be those few rotten apples that fail to abide by the rules of the road therefore putting lives of many road users in danger.

A video shared on Twitter of a driver doing ridiculous numbers on a public freeway has had tongues wagging since Sunday. In the video, the driver clearly clocks over 300 km/h. The video starts off with the driver clocking well over 200kms and is filmed at night by someone who is either the driver or riding in the car.

The video was posted on Twitter by activist Yusuf Ambramjee and he thinks it could be somewhere on the N1 South in the Midrand area. The signage is not really clear as you watch the video because the car is travelling at such a high speed.

Johannesburg Metro Department Senior Superintendent Wayne Minnaar is said to have examined the video but could also not determine the location as it was unclear. He also stated that if the motorist was speeding in the Johannesburg area, he would definitely be receiving a speeding fine through the mail from the speed cameras operating on our roads 24/7. If he then fails to appear in court a warrant of arrest would be authorized by the court.

See the video below