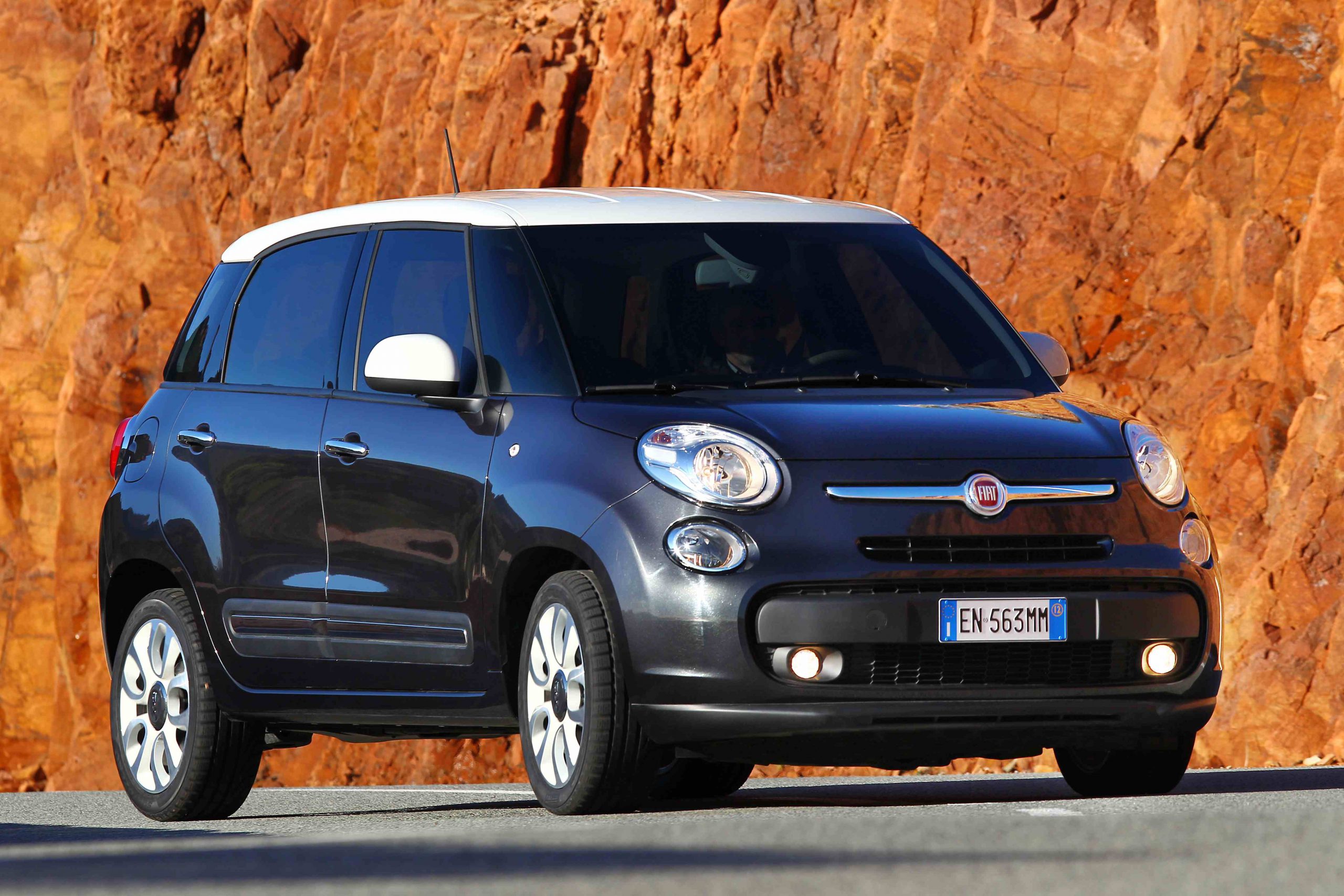 When we drove the big version of the famous little Fiat at launch last year, the feeling was sanguine. There is much to like about the 500L but the biggest hurdle it seems to face is buyer indifference. Even with keen structured finance packages, sighting the practical Italian on local roads is rare. This scribe can only claim to seeing it in the flesh twice: at said launch and in the week of our assessment. 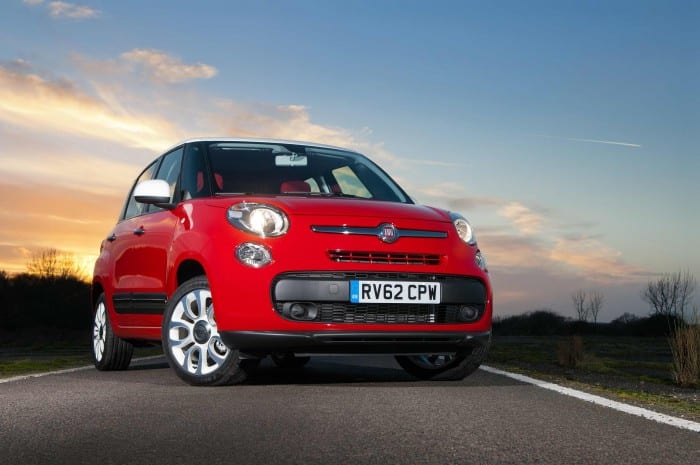 There is probably no coincidence that it resembles the popular Mini Countryman from many angles. But as we noted before, unlike its German-engineered counterpart, the 500L is bigger on versatility. Passersby tended to linger at our shiny white test example. Most likely because seeing one is an infrequent happening in addition to the inherent novelty of a 500 that appears to have been magnified a couple times. 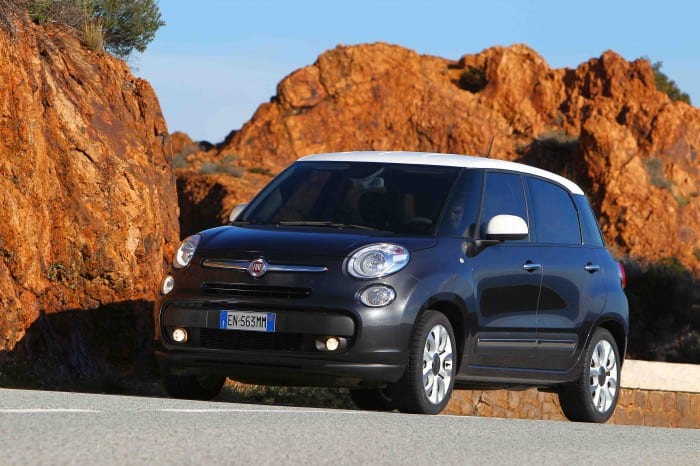 The interior is one of its biggest virtues. Although its dainty sibling is characterised by coarse plastics, a more premium feel has been given here. Fiat slapped a soft skin on parts of the fascia. It has metal interior door handles and seats with a combination of suede and leather. Those buttons and knobs seem as though they will endure use and abuse from the family well. Those who care to give it a chance will notice a significant improvement in interior quality, compared to other Fiat models like the Punto. 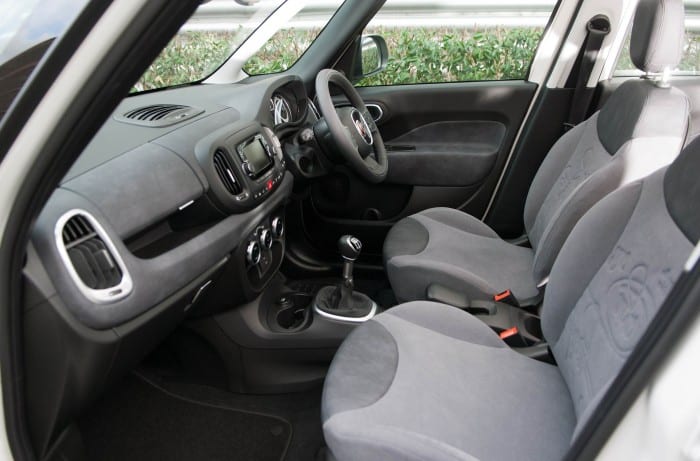 Those stricken with claustrophobia will love the airiness of the cabin. It’s like a greenhouse, with massive windows and on some models, a vast panoramic roof. One consequence is that the summertime sunshine gets harsh for those upfront. Especially since the small visors to a poor job of shielding. Perhaps Fiat should have borrowed those from the Jeep Grand Cherokee, which slide fore and aft to offer better protection. One thing they did borrow from their American beneficiary is the UConnect digital interface. 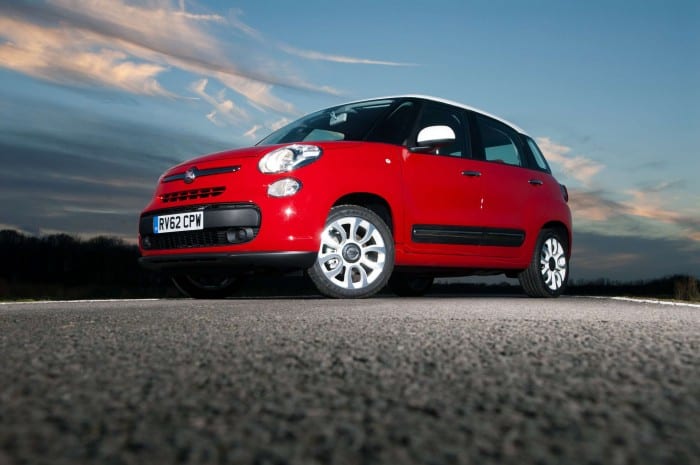 Children will love the big windows, they love to see where they are heading. And fold-out trays in the rear will make them feel like airline passengers. There are some elements inspired by the Panda too. The handbrake is shaped like a paw. And the steering wheel spokes and centre hub resemble a face with two chunky little ears. It’s all beary novel. 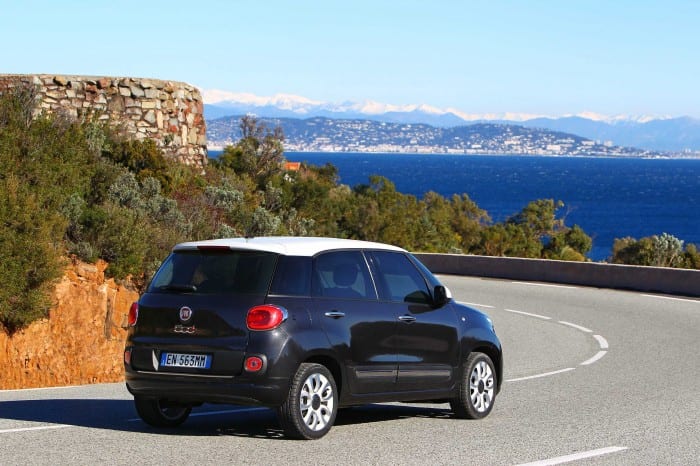 Our diesel test unit encouraged a leisurely drive. The four-cylinder mill is mated to a six-speed manual transmission. Power in first and second is miserly and most of the torque surge comes in from third onwards. It is more adept at freeway cruising than it is trundling around the city. The bulky nature of the Fiat is assuring but you can’t expect it to handle like a standard 500 in the bends. It steering is light without feeling disconnected. And there is a parking mode which makes the wheel even easier to turn. 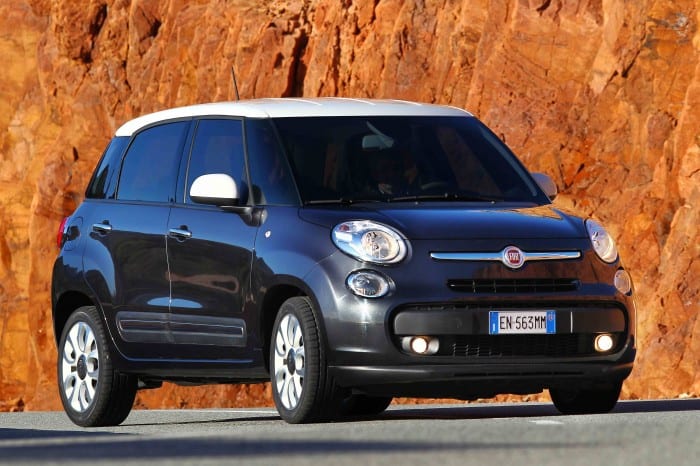 The automaker has had family-orientated models in their background, like the quirky Multipla. But Fiat is best at crafting affordable and fun cars for the urban environment. The 500L ventures out of this comfort zone. But it is surprisingly good at what it does. Whether shoppers actually take notice and sign on the dotted line remains to be seen.