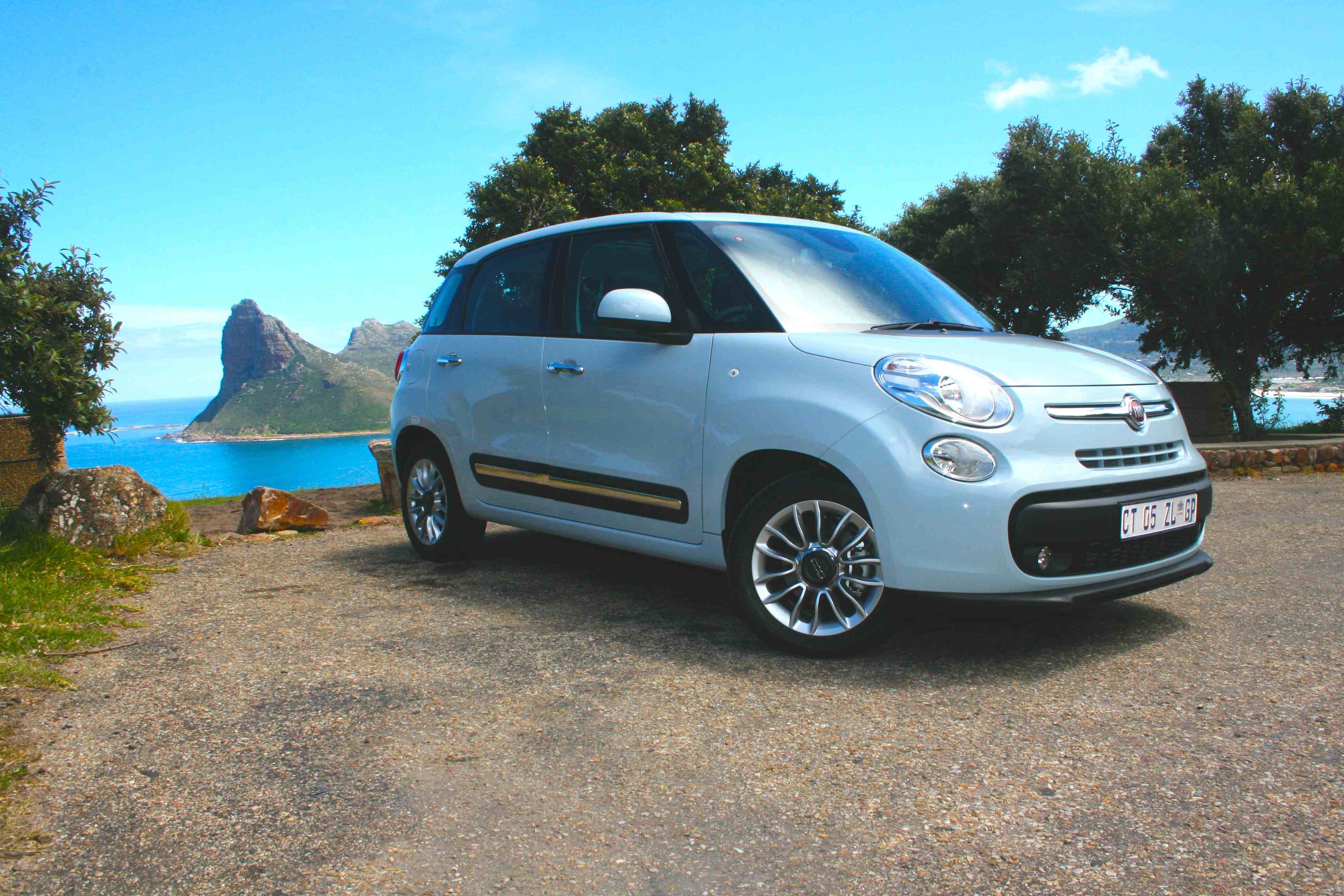 The dainty Fiat 500 is small enough to squeeze into the tightest parking spots. But it will never fit into the role of a familial chariot. Unless you have a family of clowns.

Filling the gap is the  500L, which the automaker hopes will park itself in the hearts and garages of mommies and daddies in South Africa. And despite the car’s tardiness on the local market; we found that it lives up to the hype. This family wagon is geared towards pram-pushing parents who want to project an air of youth to the world. It’s off to a good start, since it holds tightly to the playful and fun traits of the standard 500. Compared to its van-in-drag sibling Qubo, 500L certainly has more charisma.

From the bulbous moustache-wearing face to that chunky rear; the 500L is a happy car. You might spot some familiarity to the Mini Countryman from the side. An array of funky shades are available too. 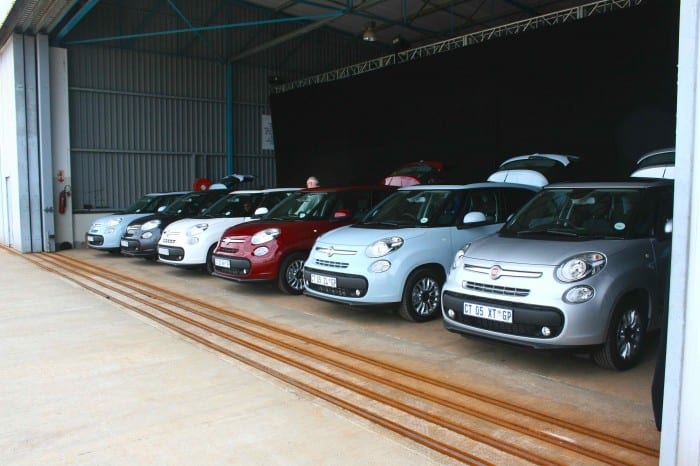 Fiat didn’t reinvent the wheel with the interior, but it does boast niceties that will dazzle families. Front seat-backs get foldout trays, the rear seats recline in addition to moving fore and aft. Storage spaces are plentiful and the windows are big, perfect for children, who like seeing where they’re going.

They’re getting better at quality. A premium feel is delivered by leather fascia trim, metal door pulls and plastics that are less coarse than in the standard 500. We like quirky touches like the words embossed in the seat upholstery – which is durable enough to repel a Coca-Cola spill, as we learned on the bends of Chapman’s Peak. Now while it might wear the 500 moniker on its rump; this lengthier version obviously isn’t as nippy as its small counterpart.

But it does feel stable despite the tall stance; something we tested on the sinuous Cape roads. Nobody buys a family-orientated MPV to tackle corners at high speeds (Opel Zafira OPC excluded), but if you’re in a hurry to fetch little Timmy from his piano lesson, it sticks under exuberant driving. It prefers a leisurely driving style however.

There are two engines on offer, a 1.4-litre petrol (70kW) and a 1.6-litre turbocharged diesel (77kW). We spent our time with a latter and its force-fed effusiveness will definitely be benefit at Johannesburg’s altitudes, compared to the normally aspirated model. 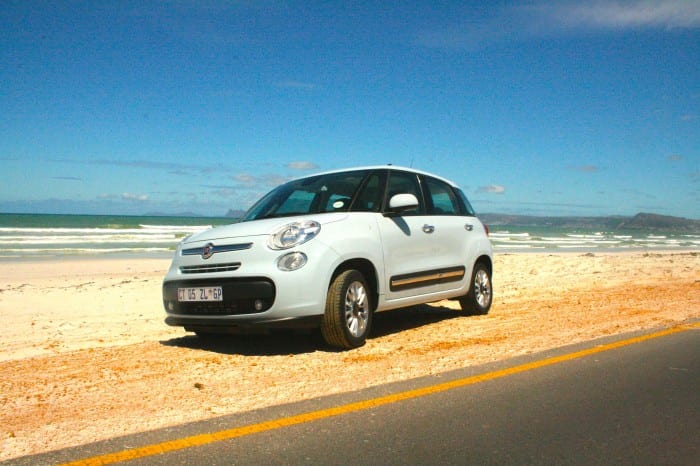 Two specification levels are on offer: the Easy and Lounge. Even the lesser Easy version comes equipped with six airbags, cruise control, hill hold assist, and the touchscreen UConnect interface you know from contemporary Chrysler products.

Both models boast a trick Magic Space boot; with two compartments. Fiat’s product specialists demonstrated the merit of this gimmicky-sounding system which actually works. Five large travel bags were fitted into the Fiat’s rear, without much effort. 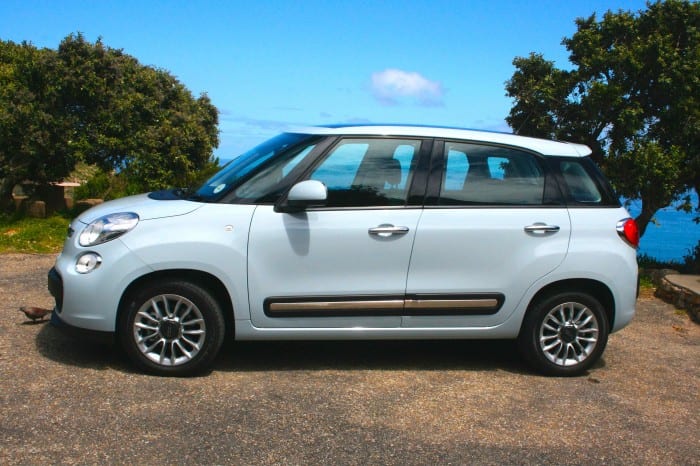 Perhaps it’s no coincidence that the 500L looks Mini Countryman-esque from the side, because Fiat says that’s one of its main rivals. They also hope to compete with the Opel Meriva and Kia Soul.

You’ll pay R232 990 for the 1.4 Easy model, while the Lounge version goes for R15 000 more. Which isn’t bad when you consider all the extra gear it adds. The range-topping 1.6 MultiJet Lounge diesel costs R287 990. Pricing includes a three-year/100 000-kilometre maintenance plan and warranty.

They’re offering keen structured finance deals, allowing buyers to get into the 500L for less than R3000 per month. Fiat’s family-orientated offerings like the Qubo and Doblo Panorama don’t fare well locally. Those are thinly-veiled van models after all, but this 500L is a well-thought MPV.

We think if people gave the big little Fiat a chance, they might be swayed in favour of its charisma and versatility.