Forget practicality, the Mercedes-AMG GT53 is all about the experience. 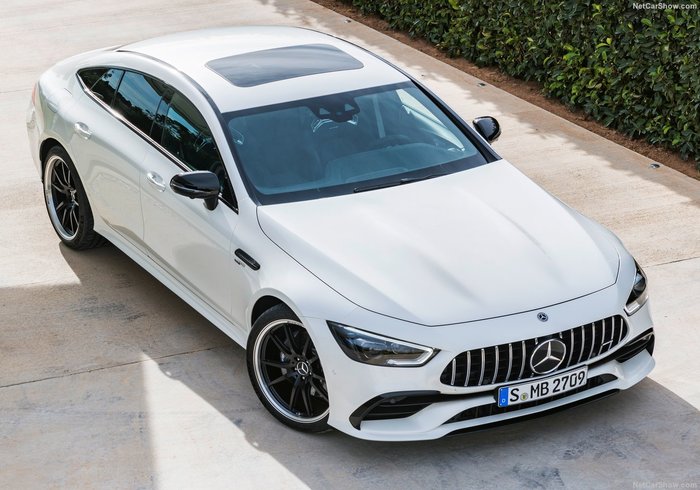 Sometimes practicality isn’t always what we need in a vehicle, there are instances where emotions overrule sense and we purchase a car based on how the car makes us feel. The 2019 Mercedes-AMG GT53 is one of those cars which isn’t the most practical but offers a rewarding experience.

It’s a massive car with a total length of 5 metres. With these such proportions, you expect a commodious interior space and the ability to carry at least five people. But this isn’t why you buy a vehicle such as the GT53 – it’s a four-door coupe and has seating for exactly four individuals. When purchasing one of these, we strongly advise against ticking the box that says ‘AMG Seats’ on that options list. This vehicle is more of a grand tourer, and the sports seats leave you feeling rather cramped despite the car being so roomy, especially the front two. Besides, this is the less potent of the two 4-door GT variants and it doesn’t require such dynamic kit. This option would make better sense in the brute AMG GT63 S.

With this interior layout, the GT53’s generous size is not optimised, the only benefit being that there’s plenty legroom for rear passengers and a considerably large boot, enough to fit a full set of golf clubs or three of your midget friends. One thing that must be said about this interior is how unique it is – it doesn’t resemble that of any other Mercedes-Benz I’ve had the privilege of driving. On the dash are two massive screens for MBUX system and the multifunctional instrument cluster. The image quality on the infotainment display is unmatched in resolution, and a wide centre console separates the driver and passenger with enough distance to leave you feeling like you have your own individual cubicle in this large Merc. This centre part of the GT53 also acts as the vehicle’s command centre, housing a variety of buttons and switches to activate and deactivate features like traction control, the AMG exhaust which we’ll talk about in a bit, and other settings such as the drive mode and raising or lowering the rear spoiler. It should always be kept up though because the car looks incomplete without it down.

Speaking of aesthetics, the Mercedes-AMG GT53 is a head turner and attracts an audience at every traffic light and intersection. This is largely due to its sheer size and that sloping athletic design. You’ll need to fit a dark tint here if you’re the shy type.

On the road, it feels weighty, though in a good way. It’s rather planted and feels solid on the tarmac. Comfort levels are reasonable, but it’s size definitely comes through when driving. This isn’t the type of vehicle to use as your daily driver, that’s the CLA45 S’s job. The GT becomes cumbersome in everyday city driving. Since this is the 53 variant it makes use of Mercedes-Benz’s 3.0-litre inline six-cylinder engine which is found in all their 53 models. It puts out 320 kW and 530 Nm, and when working in conjunction with the EQ Boost starter generator, the GT53 delivers an additional 16 kW and 250 Nm, cranking the torque up to 780 Nm but for a brief period. The Mercedes-AMG GT53 in question was fitted with an AMG performance exhaust, which when driving in comfort mode offers a nearly silent ride – you barely hear that straight-six working. Activate the exhaust through a button either on the centre stack or the steering wheel, and you begin to hear the hum of the 6 pots in straight formation. It’s only when you

switch to one of the sports modes that the full AMG soundtrack is unleashed. It’s a sound you don’t grow tired of hearing. What baffles the mind, however, is how the boffins at AMG managed to make this six-cylinder drivetrain sound like one of the V8 AMG’s. Whatever it is, it’s a job well done. That was the good news, the bad news is that for you to experience this you’ll have to tick a R30 000 option for the AMG performance exhaust system. It makes no sense, especially when considering that this is an AMG car- this should be standard equipment. Of course, if you want the larger V8 engine there is the option of the meaner Mercedes-AMG GT63 S with 470 kW and a significant torque figure of 900 Nm. However, it must be said that the 53 is no slouch, and carries its 2.5-tonne mass well, even during quick sprints.

You’re probably wondering what the Mercedes-AMG GT53 price is. Well, you can expect to pay R2 280 680 before any extras. Realistically, you’re easily looking at R2.5 million once you’ve added all the nice toys and options.