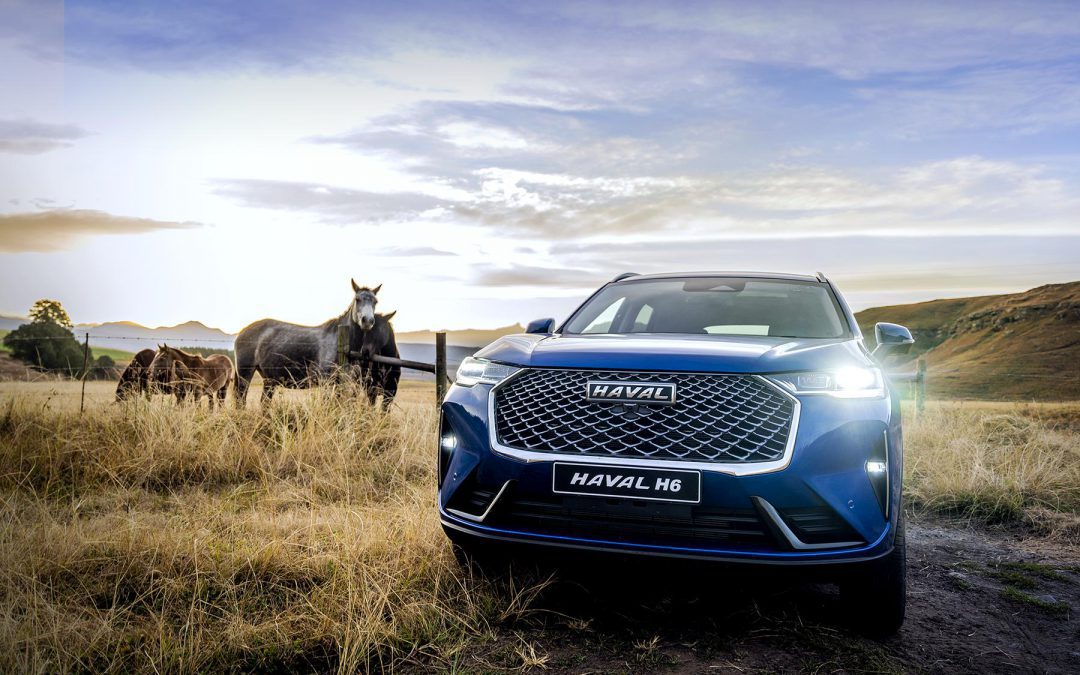 Firstly, some quick facts about the H6 and Haval as a brand before we present you the dessert. The Haval H6 SUV has been the best-selling SUV in China for nearly 8 years, in a country that sells 28 million cars per year. We may not be part of the Asian nation, but we do receive imports of their number-one SUV, and 2021 marks the introduction of the new H6 to Mzansi.

The new Haval H6 looks like a runway model compared to the version it replaces, but that’s because we’ve made a leap from the first generation to what is currently the third generation H6. Unfortunately, the second iteration of the Chinese SUV was never shipped to South Africa because it was only made in left-hand drive. Like the recently launched Jolion, the new H6 looks futuristic and premium if images are anything to go by, the Chinese have ramped things up since the Covid-19 virus made its way out of Wuhan and infected the globe. From a structural perspective, the H6 now uses Haval’s new LEMON platform, which according to the brand, is lighter and stronger.

Now because this is a leap through an era for us, we get to marvel at more than just the new H6’s looks, its tech and brains are on par with the rest its design. For instance, the whole range is fitted with adaptive cruise control and has something called autonomous emergency braking (AEB). AEB enables the H6 to activates its brakes in almost all emergencies, whether to avoid hitting a pedestrian, cyclist, or traffic at busy intersections. Add traffic sign recognition to that list of features while you’re at it. The Chinese have modernized the interior by fitting a 12.3-inch touch infotainment screen and a 10.25-inch digital instrument cluster. In the top-spec variant, you’ll find a head-up display as an addition. Other cool features in the new H6 include a 360-degree camera, lane-keep assist and 6 airbags for your safety. We did warn you – the Chinese were coming in hot!

Let’s talk about where the real heat is – which is under the bonnet. Here Haval has introduced a 2.0l turbo petrol engine to be used across the range and looking at its credentials on paper, it appears to have a decent output of 150 kW and 320 Nm. Its gearbox is borrowed from the second generation H2 that we never received, and that makes it new to us, right? The new gearbox is a 7-speed DCT, and again, it is the only option available across the full range.

The good news is that the new Haval H6 is ready and available for purchase here in SA for a starting price of R419 900. See below for the full price list.