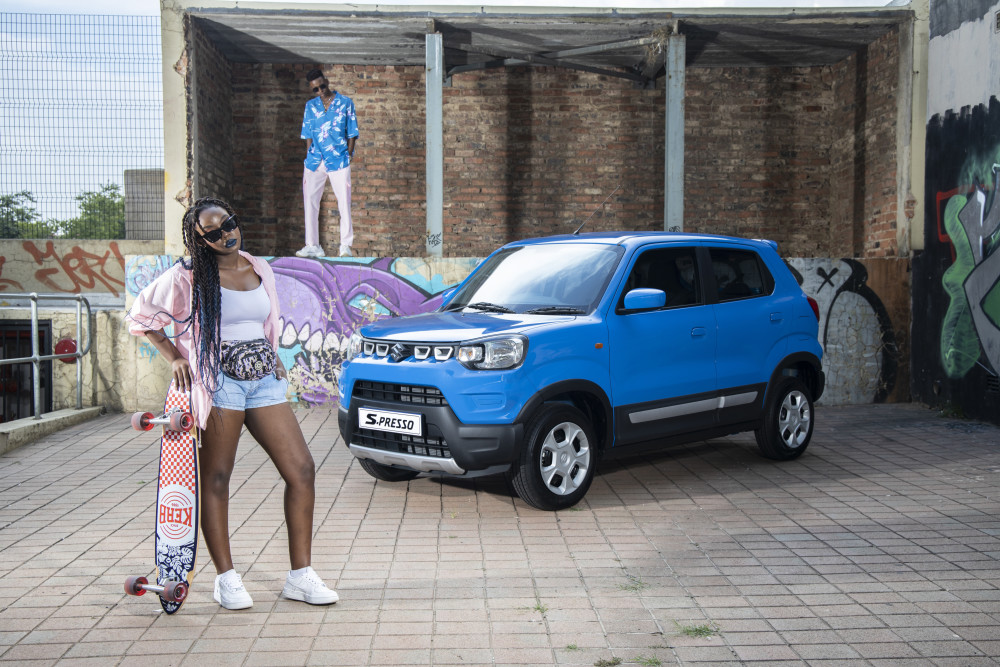 We all know that getting from A to B can be a bit of a challenge in South Africa, and millions of people often have no choice but to rely on an unreliable and sometimes dangerous public transport system. Let’s be honest, taxi’s are not the safest way to get around and oftentimes they aren’t very comfortable to be in. To own a car can be expensive and not everyone can afford one, so we’ve found some of the cheapest new cars that you can buy in Mzansi today.

At number one is a vehicle that comes from a Japanese manufacturer but is actually built in India, where many of Suzuki’s vehicles are built. The S-Presso is Suzuki’s most affordable car at under R150 00 and has designed with young, first time buyers in mind. It has a higher than average ground clearance (180mm) giving you a slightly elevated ride and the ability to navigate poor road conditions. For an entry-level vehicle, the Suzuki S-Presso is a spacious little thing, adults can fit comfortably in the rear seat. When it comes to its colours there’s not a dull option here, the S-Presso is available in six vibrant exterior colours: Sizzle Orange, Pearl Starry Blue, Fire Red, Metallic Granite Grey, Metallic Silky Silver and White. Powering the little S-Presso is a 1.0l 3-cylinder petrol engine, a fuel saver with an average consumption of 4.9 l/100km. You can have it in manual and in automated manual transmission (ATM). In the GL+ and S-Edition, the S-Presso comes kitted with a 7-inch touch screen with Apple CarPlay and Android Auto, all for a starting price of R149 900.

Of all the cars on our list, the Kwid has probably caused the biggest stir in Mzansi. It’s well priced but concerns around its poor safety rating have haunted it since it came into our market. Despite this, it continues to sell like hotcakes simply because of what it offers as an entry-level car.

Firstly, in its current shape, the Renault Kwid is one of the very few semi-good looking cars in the segment – it’s definitely the best styled in this list. The front end with its horizontal LED daytime running lights steals the show. Depending on the variant, inside, the Kwid has an 8-inch touch screen with Apple CarPlay and Android Auto. A USB and aux port will give you more playback options, or a charging port for your electronic devices. We did say that there’s a lot you get here for the money, this includes a reverse camera, electric windows, as well as electronically adjustable mirrors. The Renault Kwid is also available with a manual and an AMT gearbox, and fuel consumption from the 1.0 engine ranges from 4.4 l/100km to 4.7 l/100km depending on the chosen gearbox. All this for a starting price of R162 900.

This is a Chinese offering and it looks very much… well, Chinese. The Baic D20 was introduced to our diverse market in 2017, as a model from one of the biggest car manufacturers in China. Interestingly, the D20 is produced right here in South Africa at Baic’s plant in Gqeberha, formerly known as Port Elizabeth. This means it’s unlikely that you’ll have headaches over replacement parts should anything go wrong with your Baic D20.  It’s available with two engine options, a 1.3 and a 1.5. Both are petrol and produce 75 kW and 85 kW respectively. There isn’t a tremendous difference in output, but the 1.3 litre will probably be more economical. The D20 does come with safety features such as ABS, EBD as well as ISOFIX tethers for those with small children.

Available in manual when paired with the 1.3-litre engine, or alternatively in both manual and automatic in the bigger 1.5 litre. The Baic D20 is priced from R149 990 here in Mzansi.

Toyota has always been for the people, and in 2020 they began efforts to expand their budget car selection. One of the new vehicles to come out of this pool was the Toyota Agya. Compact and peculiar in shape and design, the Agya isn’t the sexiest thing out there, it’s simply one of those cars that you either like or you don’t. It’s the embodiment of the phrase “it’s what’s on the inside that counts” with a much better-looking interior than exterior. As standard, you get a radio with a CD player, aux and a USB port. If you want the touch screen with Android Auto and Apple CarPlay, you’ll have to pay extra.

Toyota has enabled the little Agya for the use of Toyota Connect, a feature that allows you to connect to the car’s Wi-Fi and make use of the 15GB free data. The Agya runs on a 1.0 litre 3-cylinder engine and will average as little as 4.8 l/100km for the manual derivative. Pricing starts at R182 200.

Although the Suzuki Celerio and the S-Presso are siblings and similarly priced, the Celerio is the one you buy if you’re looking for something that leans more towards modesty. It’s the type of car no one will notice you hopping out of.

Like most of the cars in this lineup, the Suzuki Celerio is powered by a 1.0 litre 3-cylinder engine with 55 kW and 90 Nm. When ferrying a kerb weight of just 835 kg, you don’t need a lot of power to go from A to B. It is available in manual, and for those who prefer to sit back and only point the car in the right direction, an automated manual transmission (AMT) gearbox is also available. The Celerio has won a few budget car awards since its introduction in 2015, and at R153 900 it’s among the cheapest new cars money can buy in South Africa right now.