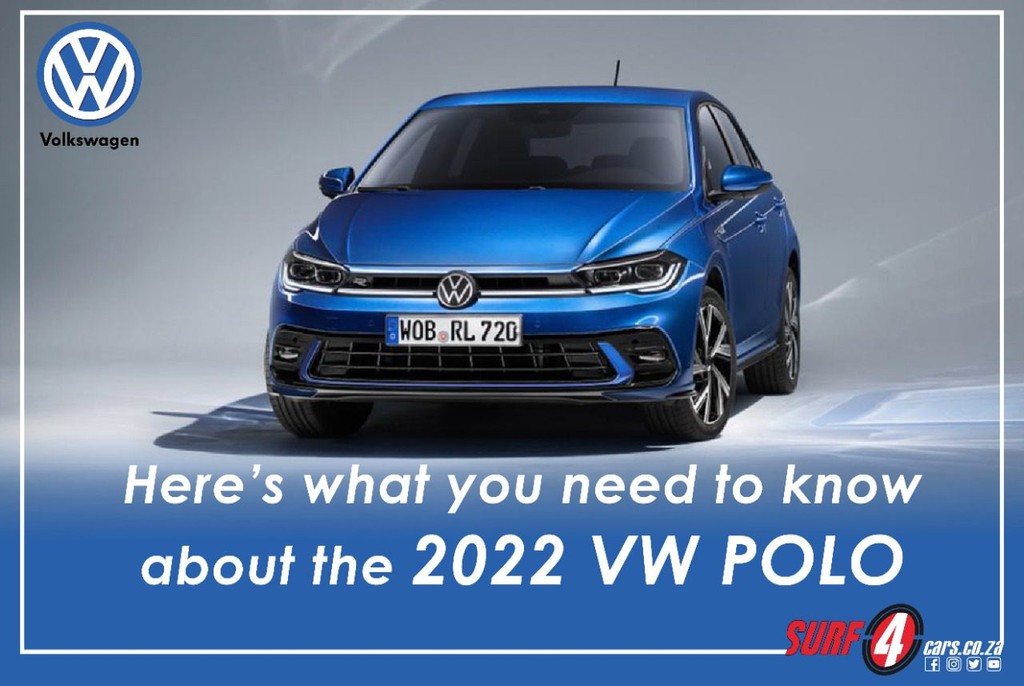 If someone were to ask what our national car is as South Africans, it would likely be the Volkswagen Polo. This is one vehicle that South Africans love and it’s evident – the Polo is South Africa’s second best-selling passenger car. It keeps the German brand on its toes, and as a result, Volkswagen is introducing a new Polo to the South African market in exactly one month.

As to be expected with any new or updated model, VW’s designers have tweaked the new Polo front and back. Its front and rear now have a sharper more athletic appearance, and its headlamps will be available with LED lamps as standard across the range. This will also include an LED light strip that will run across the grille and connect the two daytime running LED lights on either side. Move up a spec into the Polo GTI, and VW will include IQ.LIGHT LED matrix headlamps as the standard.

Changes have been made to the upcoming Polo’s interior, which will now boast a digital cockpit, a redesigned steering wheel and VW’s latest infotainment system with App-Connect as an option. Depending on the Polo variant you opt for, you’ll have access to features such as PDC, lumbar support for both driver and passenger and more. Many of these features were optional in the current Polo but will be included as part of the package in the new arrival.

There will be three variants available in the upcoming VW hatchback. A Polo Life offered in 70kW and only available with a manual gearbox will be the entry into the range. One tier above this will be the Polo Life 85kW, available only in DSG. For those who prefer to stand out, the Polo R-Line is part of the lineup with Volkswagen’s R-Line body kit and slightly larger 16-inch alloy wheels as opposed to the standard 15-inches. Each variant will be paired with its distinctive range of features, separating it from the variants beneath it. Lastly, the most dynamic variant in the range – the range-topping Polo GTI. Available with a 2.0 TSI engine, the GTI is set to produce 147kW and through a DSG box. 17-inch alloys will be the shoe of choice in this variant.

Well, you’re in luck because Volkswagen South Africa has released the official pricing of the new 2022 Polo, which is set to come in at R331 800 (base model).