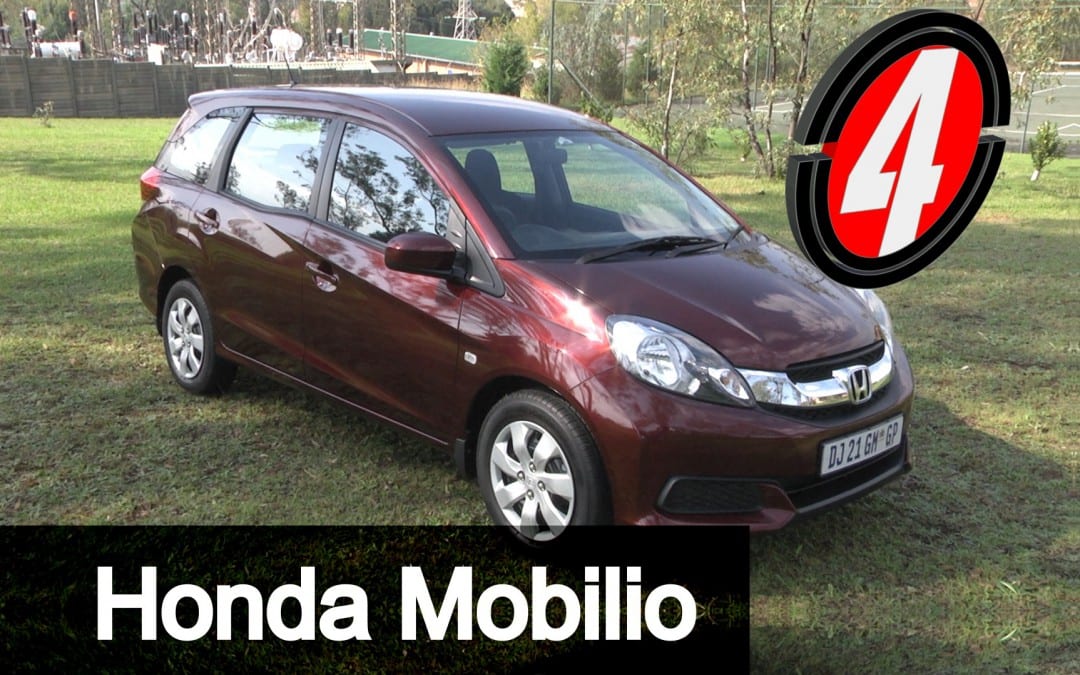 The new 2015 Honda Mobilio slices into an almost ghost town MPV division – but will it create enough of a stir to get the markets attention. 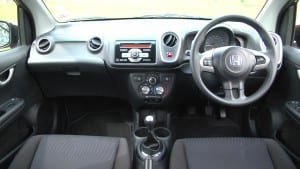 The new Mobilio is not a Mona Lisa; its styling lacks consciousness, and its frontal-end deserves far more distinction than the likeness it shares with the Brio. Nevertheless, its aerodynamic design is purpose built to reduce drag, improve performance and fuel-efficiency. The Mobilio portions its platform from the Brio, as well as copies from the Brio’s dashboard – except without the broccoli and Brussel sprouts beige interior of the first generation Brio. Instead, a more inviting finish of piano black inserts and charcoal black upholstered seats with a complement of Bluetooth/AUX-USB audio functions. Two dial-knobs make use of the touch screen, radio/front-loader CD player simple and intuitive to operate. The Mobilio’s crisp acoustics fill-up the many cubes of this MPV’s palatial interior, salutary on a lonely open road trip with only two rows of empty chairs staring back at you in the rear-view mirror – its 60:40 split opens the cargo bay with enough space to load a canoe. 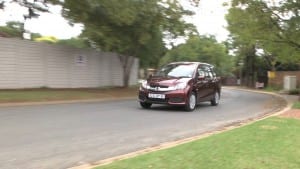 The cabin insulation muffles road noise, but not engine rumble – and this is where the Mobilio loses points. The 1.5L i-Vtec engine sprouts to life in higher revs, because the engine position is closer to the dashboard, there is a raucous of kilowatts, (88kw), and if you want to hunt its 145newtons – then the rev needle always has to point north. Moving the engine further behind the axle reduces body-roll or yaw-rate and provides more control – especially on corners. The Mobilio’s light steering makes it easy and pleasant to drive. The stiffer suspension shows no subtlety for road scarification, the overall ride is comfortable, but feels overladen when at capacity with passengers and their luggage. The five-speed manual transmission sockets every gear, (all those in favour of a sixth gear and a reverse-camera say, “I”) the short ratio gearbox quickly gets the MPV up to speed, so you can gallop along with the rest of the herd. Active features include a most excellent eco-drive feature that cuts unnecessary fuel expenditure, during moments of braking or deceleration, contributing to a fuel figure of 6L/100km. 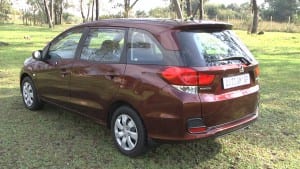 The new Mobilio should not be stereotyped to soccer moms or little league baseball-coaching dads as the only motoring consumer wanting to buy it. Because the Mobilio-Comfort spec price of R207 900, makes a nice investment for an airport or guesthouse shuttle service, which is a lucrative market on its own. You also do not want to overlook rival brands, like the Nissan Grand Lavina, Suzuki Ertiga, and the Toyota Avanza. However, the Mobilio may offer just a bit more for your premium.